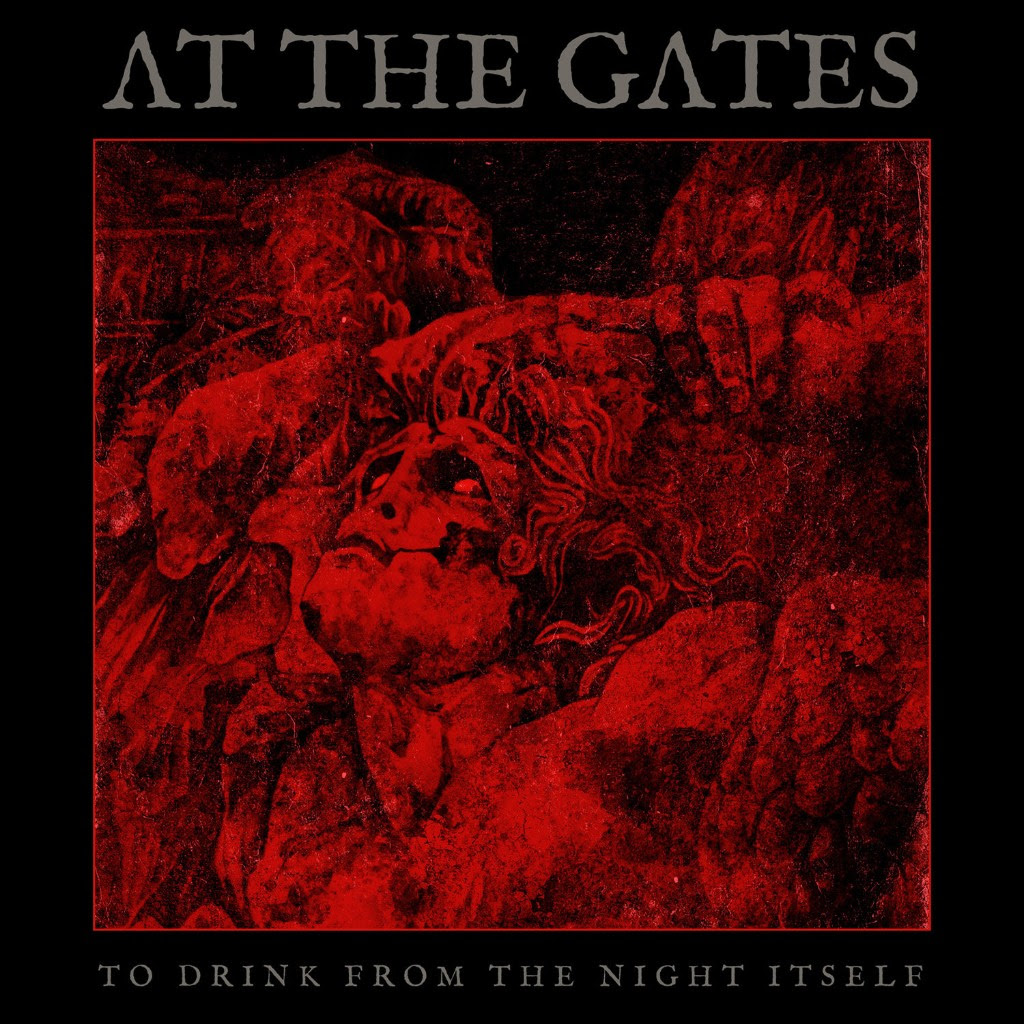 Swedish melodic Death Metal pioneers AT THE GATES are soon to unleash their much anticipated new album “To Drink From The Night Itself” on May 18th, 2018 via Century Media Records.

Produced with Russ Russell (Napalm Death, The Haunted, Dimmu Borgir, etc.) at Parlour Studios in the UK, the album follows up 2014’s acclaimed comeback release “At War With Reality” and will feature conceptual artwork created by Costin Chioreanu / Twilight 13 Media, who already worked with AT THE GATES on “At War With Reality”.

The album’s front cover can be seen above and AT THE GATES vocalist/lyricist Tomas Lindberg checked in about it with the following comment:

“It has once again been an absolute pleasure working creativily with Costin. We had a lot of ideas for what we wanted to get across with the art this time around. Overall they were, not surprisingly, related to the general concept of the record. What is great with Costin is that he understands the band. He knows what we are and where we come from. And me and him also have a strong artistic connection. I have never met anyone that goes so deep into the world of my lyrics and concepts. When I first wrote to him describing my ideas, I was worried that my remarks were perhaps too long and too confusing, only to get back an even longer and very inspired response…

The inspiration for the actual front cover piece is taken from the Pergamon Altar, on display at the Pergamon museum in Berlin. It is of course linked closely to the concept that the whole record is based upon, but more on that later. But I will throw a name out there, for the interested ones; Peter Weiss. I can’t wait to get the whole record in my hands now, as this is just one of the many great artwork pieces that Costin has created for us on “To Drink From The Night Itself“…”

The album’s tracklisting will be as follows:

In the meantime, AT THE GATES have also announced several more live-dates for the new album’s campaign, which actually kick off this coming weekend with club shows in Germany and The Netherlands. Check out a current listing of announced shows here (New additions marked *):