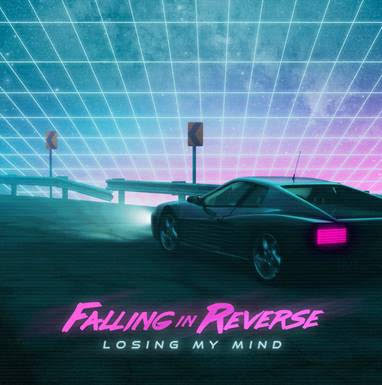 Falling In Reverse have shared a brand-new song and video ‘Losing My Mind’.

Listen to the song on Spotify HERE.

Revolver described “Coming Home” as “a sonically cohesive” album in its band profile, while Outburn, which featured the band on its summer cover, called the album “sonically gripping from start to finish and impressive every step of the way, with neither Radke nor the band losing their edge” in its 10 out of 10 review.

Meanwhile, Alternative Press raved in its four-star review that “the album maintains a brilliant balance between uplifting and confessional, playful and serious. It’s the most real, honest, and self-aware record FIR have released to date.”

Falling In Reverse is currently touring in the United States with A Day To Remember, Papa Roach and The Devil Wears Prada.