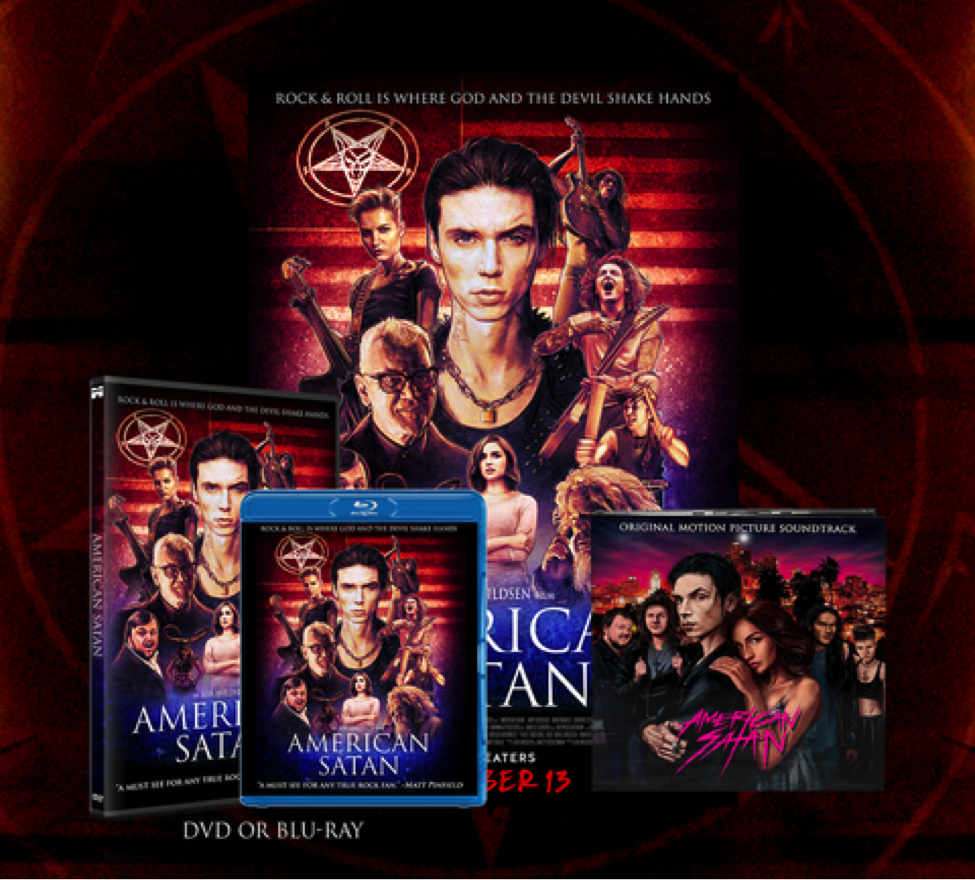 About the worldwide release of AMERICAN SATAN, director Ash Avildsen had this to say:
“If you’re reading this, you’re probably a true music lover. I made this film to take you on a journey and show you what it’s really like to be in a young modern day band chasing their dreams or to be one of those in the industry that works with them. Almost all scenes in the movie are based on real events that I or the producers have experienced.  But the story doesn’t just stop there. There are the supernatural elements which are up for you to decide on what you believe, but one thing I know is that there is no light without darkness.  This is a cautionary tale. Love over Lust. Dreams over Drugs. Hope over Hatred. This is a reflection of our culture today, where God and the Devil shake hands. This is Rock & Roll. I hope you choose the light.”
-Ash Avildsen, Founder of Sumerian Records

AMERICAN SATAN plays upon the dream every kid has of becoming a rock star and asks the question, what would you do to achieve that dream? The story follows a young rock band that moves to Los Angeles to chase their dreams of stardom on the Sunset Strip. Hell-bent on following in the footsteps of their musical idols, they meet an enigmatic stranger (McDowell) who seems to know them better than they know themselves. Preying on their most basic desires and emotions, he entices them with an offer that sets them on a path to fame and fortune; but when they release their debut album, “American Satan,” it sets off a firestorm of controversy, death and destruction beyond anything the music world could ever imagine.

In addition to the release of AMERICAN SATAN, Sumerian Records released the album “American Satan” by the fictional band The Relentless. Featuring the voice of PALAYE ROYALE’s Remington Leith, the album charted #1 on digital music charts in 15 countries on iTunes and amassed over 2.2 million views for the music video for “Let Him Burn”.  Check it out here:  https://www.youtube.com/watch?v=HimsT8l0Z2A

Jonathan Davis of platinum selling mega group Korn and Nicholas O’Toole composed the score, winning Best Original Score from the Boston Film Festival.
The Relentless – American Satan Track Listing Me Against the Devil Hell is for Children Let Him Burn Nights in White Satin We Lose Control Save a Prayer Cadence of My Heart Personal Jesus Forgive Me Mother Hey Hey, My My (Into the Black) https://www.americansatanmovie.com/