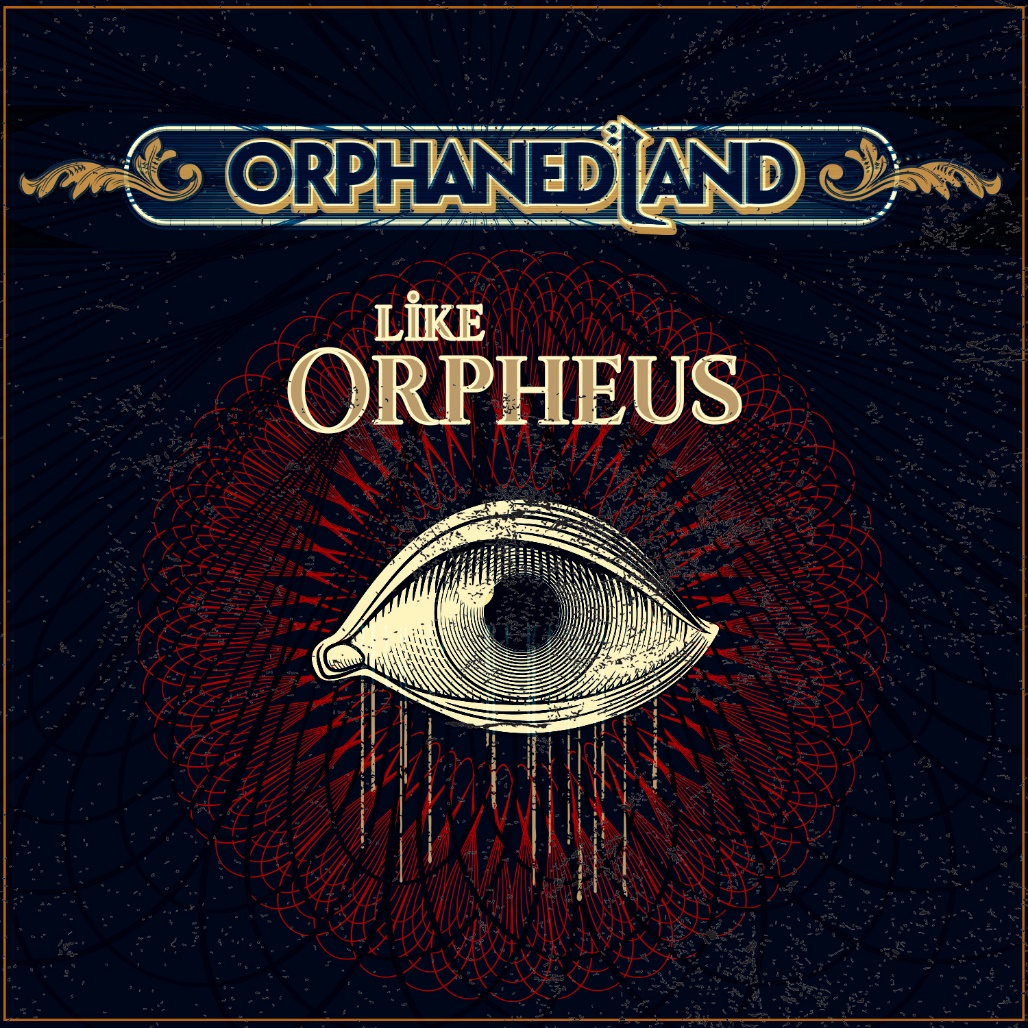 Oriental metal pioneers, ORPHANED LAND, have just released a video and digital single for their new song ‘Like Orpheus’, taken from their upcoming album “Unsung Prophets & Dead Messiahs”, which will be released on 26 January 2018 via Century Media Records.

Use this link to watch the video for ‘Like Orpheus’:
https://youtu.be/hurWzo01FpM

‘Like Orpheus’ features guest vocals by no other than Blind Guardian’s Hansi Kürsch! Hansi Kürsch comments, “What a marvelous song. I heard it and fell in love with it immediately. What keeps me so thrilled about it is this perfect blend of different musical cultures and the constant wave of emotions these guys have woven together in a stroke of genius. This song, as all their works, is a strong statement for humanity. I am really proud to be a part of such a fantastic family. All is One!”

Kobi Farhi explains, “It is a little bit hard for us sometimes to release only one song, especially as there is a whole concept album to follow. But if we have to choose one song to start with, it’ll be ‘Like Orpheus’. In Greek mythology, it is told that Orpheus’ singing was so beautiful, that even the stones and the earth fell in love with his voice, to a point that the earth was open and that’s how he ended up going down straight to hell. At the chronology of the concept of our story, this is the story where the hero leaves Plato’s cave for the first time, and it is the first time he exposed to the light, to the new truth of all the shadows he considered to be the truth before. Being overwhelmed from this revelation, he describes the world and his feeling with singing, and his singing is so beautiful that he is like Orpheus himself in a way.

We are so happy to feature one of the most humble gentleman on the planet, a real rock star and a simple beautiful soul – Hansi Kürsch from Blind Guardian. Hansi is such a singer, he and his singing is literally like Orpheus.

The story of the cave of Plato and the use of Orpheus are just allegories.
In this video clip, we chose to tell the true story of some metal heads from the Middle East. Their daily lives is some sort of a cave, their culture, the way they dress and their customs may give an impression that they are utterly different, while the truth is that they escape to the same world, the
world of metal, while they never met each other and cannot start to imagine how similar and one they are.

On a personal note: Metal today is still considered as Satanism in many societies and countries, especially in the Middle East and it is still banned in many countries from our region. Metal is one of the best co-existing communities we ever get to know, so all of you metal heads out
there – think about those metal heads from the Middle East, cause they are here to stay!”

‘Like Orpheus’ is available as a digital single on all download and streaming platforms and also as Instant Grat Track on iTunes and Amazon. All physical formats of the new album “Unsung Prophets & Dead Messiahs” are also available for preorder as of now. Click this link to direct you to a selection of
streaming and download platforms and physical preorders:
https://OrphanedLand.lnk.to/UnsungProphetsAndDeadMessiahs

“Unsung Prophets & Dead Messiahs” will be available as a Ltd. Edition 2CD Mediabook, including “Orphaned Land & Friends” as bonus disc, as a 2LP+CD Gatefold and Jewelcase CD.
The vinyl will also be available in the following exclusive colors:
– Golden vinyl (limited to 100 copies)
– Clear vinyl (limited to 200 copies), only available at the official band store (www.orphaned-land.com/shop.html) and on tour.

ORPHANED LAND are looking forward to meeting all of you on the upcoming European Tour to celebrate great nights with outstanding tunes and music about anger, tragedy, protest and joy, breaking the boundaries of any racial, cultural and religious divide.

They will be supported by In Vain, Subterranean Masquerade and Aevum.

Dates are as follows: