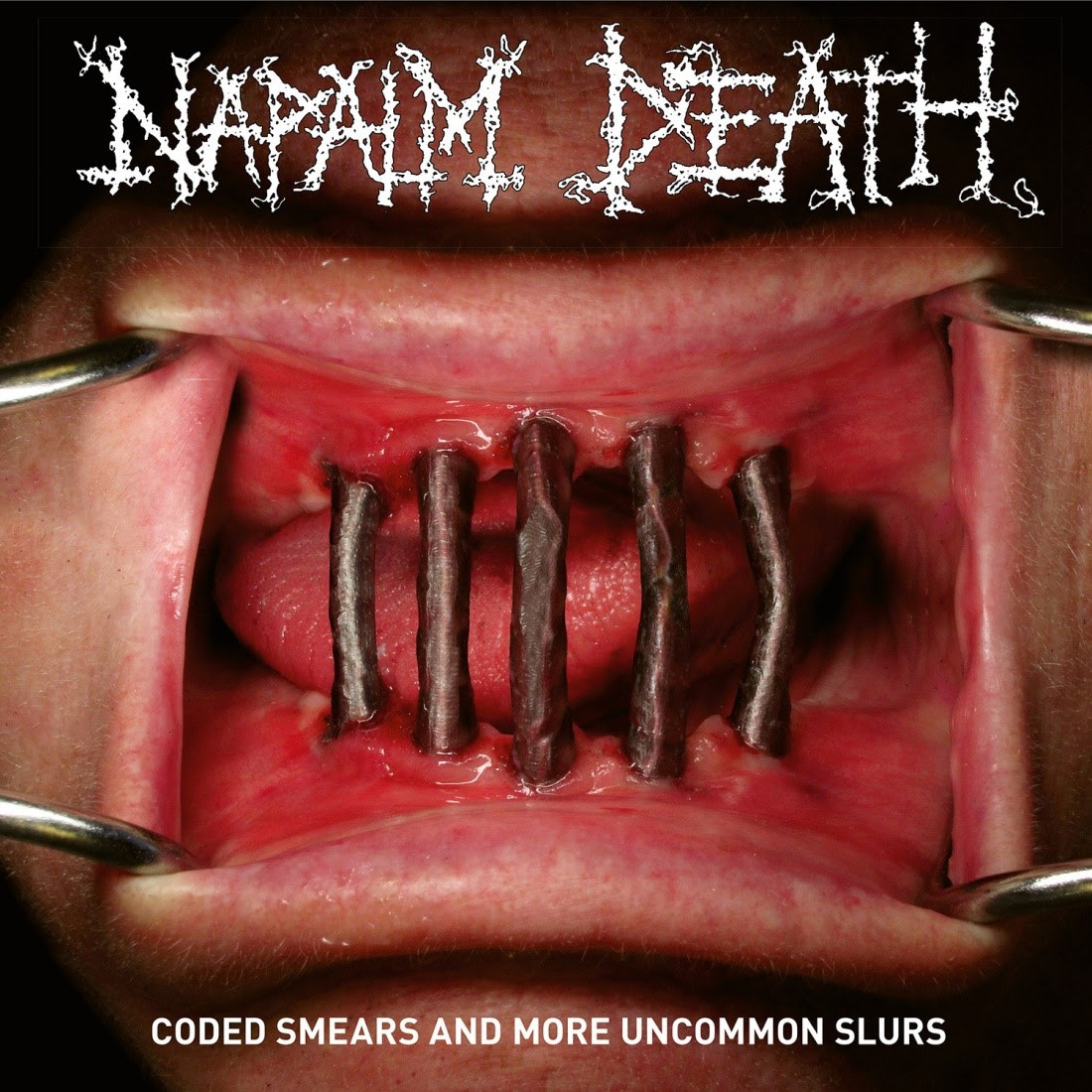 This special release will include a total of 31 songs in a playing time of over 90 minutes compiling rarities and exclusive earworms spanning 2004-2016 from the whirling gene pool of noise that is NAPALM DEATH. The release’s cover artwork, created by longtime visual partner Frode Sylthe, can be seen above and further tracklisting details will be revealed soon.

“Today we start our 13 date tour of the North Peninsula! It’s been a busy, busy year as ever, but great to wind it all up here with some of our craziest and most passionate fans.

We can’t believe how much we have achieved in support of the “Apex Predator – Easy Meat” album over the past couple of years. It’s very inspiring for me and something I was very conscious of as we compiled the tracks for the upcoming compilation album of rarities and covers which encompass “Coded Smears And More Uncommon Slurs”. I hope that everyone will enjoy what we have put together?! There are some hidden gems for sure on this double album release and it was a lot of fun going through the songs.

The new year will be bringing more shows and some more new songs recorded in the studio towards album 16, so it’s systems go! As some of my best buddies say: Grindcore is for life, kids…not just for Christmas!”

And many more dates to be announced soon… 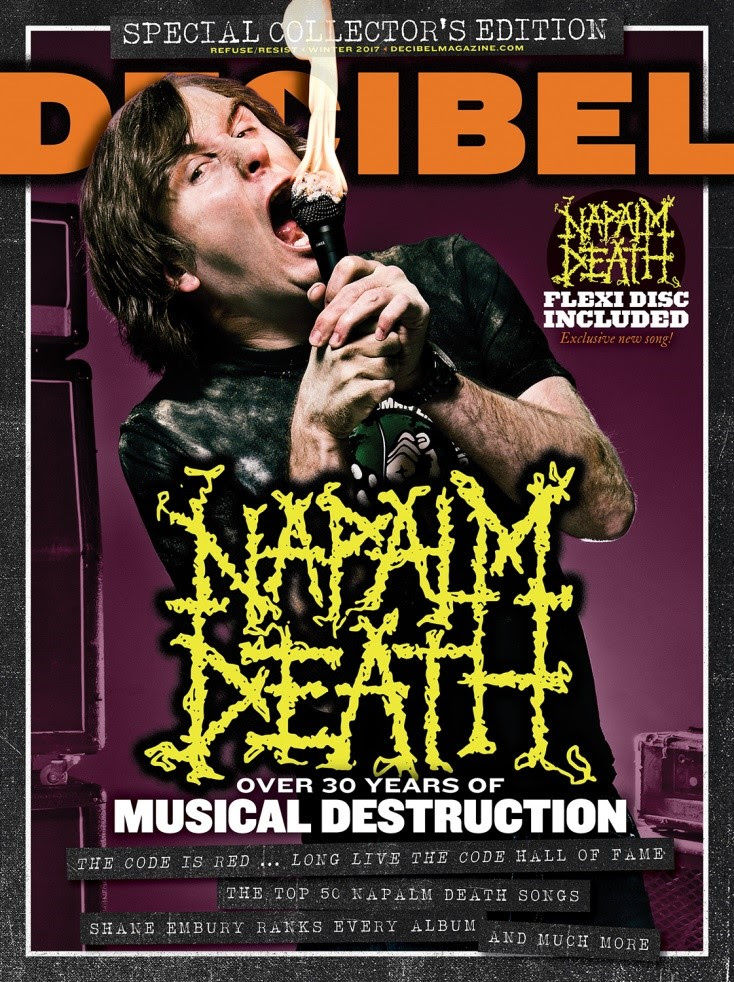 In other news, North America’s Decibel Magazine has just ´released a special issue dedicated exclusively to NAPALM DEATH (Cover featured above!). Not only is this limited edition NAPALM DEATH issue packed with 100% all-new, all-NAPALM content, including a Hall of Fame induction of their acclaimed “The Code is Red … Long Live the Code” album, The Top 50 NAPALM DEATH songs, interviews with producers, ex-members and a ranking of every album from worst to best from none other than Shane Embury, each issue also includes a flexi disc of the never-before heard NAPALM DEATH song “Nurse the Hunger”.

Here’s the link to the issue: https://store.decibelmagazine.com/products/the-napalm-death-special-issue-includes-flexi-disc

And here’s the link to the song: https://www.decibelmagazine.com/2017/11/28/hear-exclusive-new-napalm-death-song-nurse-hunger-via-decibel-flexi-series/