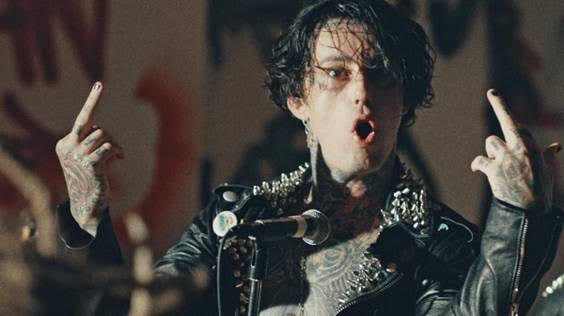 FALLING IN REVERSE have shared their feverishly incendiary new video for ‘Fuck You and All Your Friends’ from their critically acclaimed new album “Coming Home”, out now via Epitaph Records.

The video, which features the band in performance mode so intense that it’s practically possessed, can be watched here: https://youtu.be/0rVwuowU6Fs

The band have also announced a 2018 European tour, which will take place in January and February. Support comes from The Word Alive and Dead Girls Academy.

Dates are as follows:

Revolver described “Coming Home” as “a sonically cohesive” album in its band profile, while Outburn, which featured the band on its summer cover, called the album “sonically gripping from start to finish and impressive every step of the way, with neither Radke nor the band losing their edge” in its 10 out of 10 review.

Meanwhile Alternative Press raved in its four-star review that “the album maintains a brilliant balance between uplifting and confessional, playful and serious. It’s the most real, honest, and self-aware record that FIR have released to date.”