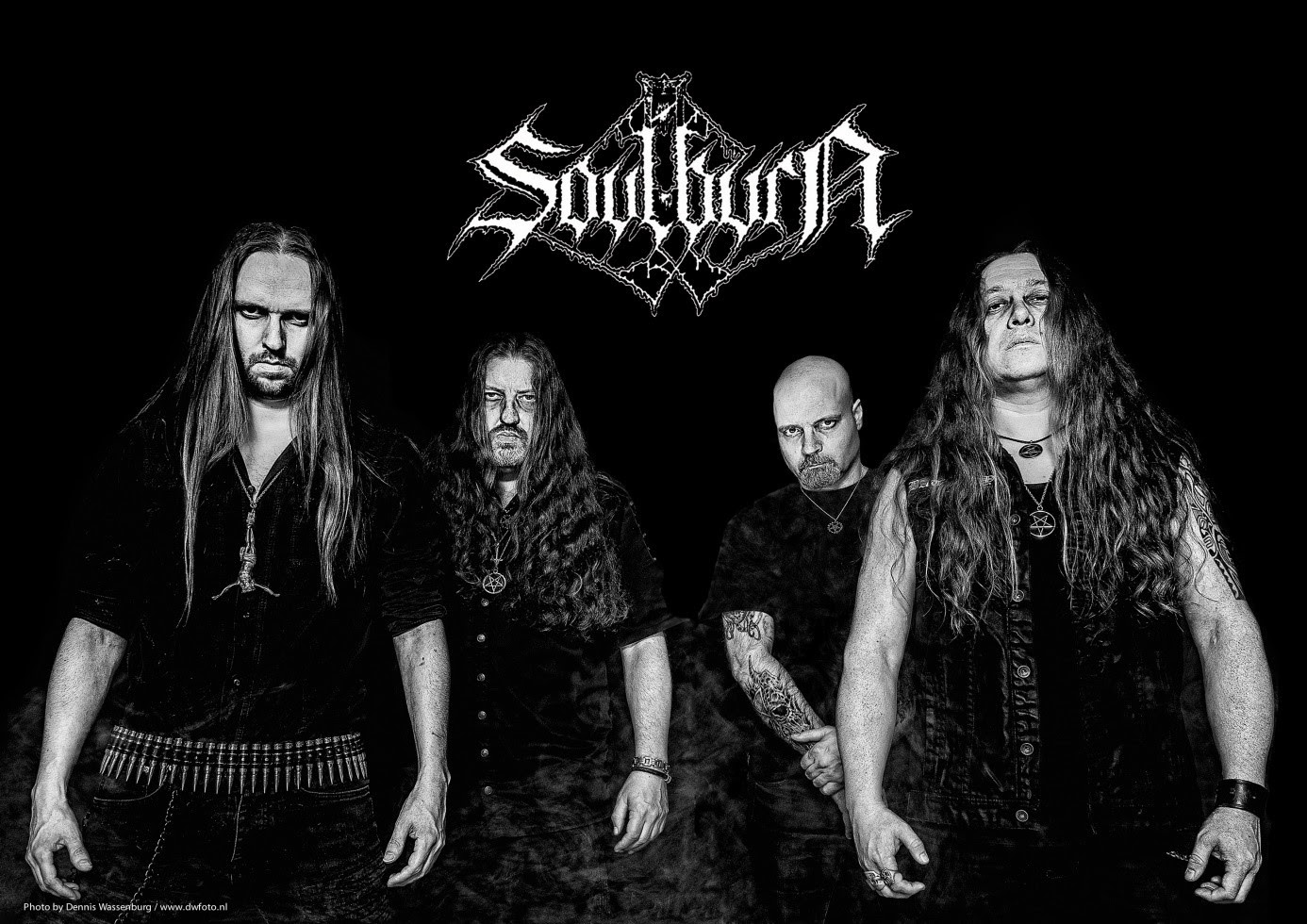 Dutch blackened Death Doom Metallers SOULBURN have released a new lyric-video for the track ‘Spirited Asunder’ off their latest album “Earthless Pagan Spirit”, which was released via Century Media Records.

You can check out the lyric-video by Carl Assault here: https://youtu.be/E510285JbiM

SOULBURN have this to say about the new video from their third studio album: “We are pleased to unveil a lyric video for the track ‘Spirited Asunder’ from our third album “Earthless Pagan Spirit”. Epic darkness is the keyword here!”

SOULBURN, who feature original ASPHYX members Eric Daniels on guitars  and Bob Bagchus on drums, will be appearing at this weekend’s two sold out 30 years anniversary shows of ASPHYX at Turock in Essen, Germany. Here is a list of confirmed upcoming shows for SOULBURN:

More dates will be announced soon…

In other news, SOULBURN are currently working on 2 brand-new tracks for an upcoming 7″ EP release via Floga Records. There’ll be more updates soon!

SOULBURN’s latest album “Earthless Pagan Spirit” comes packaged in a slipcase with bonus track for its initial pressing. The album will also be available as Gatefold LP on 180gr. vinyl as either black or strictly limited golden (100x via CM Webshop) or clear (200x via CM Distro) colour editions and as Digital Download.

You can also check out the album tracks ‘Withering Nights’ in a lyric video produced by Cloud Music Typography here: https://youtu.be/EJ8yWK1oj9M

And the album’s opening track, ‘Where Splendid Corpses Are Towering Towards The Sun’ here:https://youtu.be/fFuFsBSWMak

SOULBURN originally emerged after a first demise of Dutch death metal legend Asphyx in the mid 90’s, when founding members Eric Daniels (guitars) and Bob Bagchus (drums) looked for a seperate outlet to unleash their mutual obsession with Bathory, Venom and Celtic Frost.

After a demo and the cult “Feeding On Angels” debut album via Century Media Records in 1998, which featured Wannes Gubbels (Pentacle) on vocals/bass, SOULBURN were put to rest when Asphyx returned with “On The Wings Of Inferno” (2000) with the same line-up. SOULBURN was dead, buried, but not forgotten…as they resurfaced 16 years in their new line-up featuring the core of Eric Daniels (guitars) and Bob Bagchus (drums), teaming up with Twan van Geel (Flesh Made Sin, Legion Of The Damned) as vocalist/bassist and Remco Kreft (Grand Supreme Blood Court, Nailgun Massacre, Xenomorph) as second guitarist for the release of “The Suffocating Darkness” in 2014. A video clip for the song ‘In Suffocating Darkness’ can be seen here: https://youtu.be/rOJwm3q5wSw

SOULBURN’s latest album “Earthless Pagan Spirit” was recorded in The Netherlands at Harrow Studio as well as Double Noise Studio, and then mixed and mastered by Magnus “Devo” Andersson at Endarker Studio in Sweden (Marduk, Ofermod).