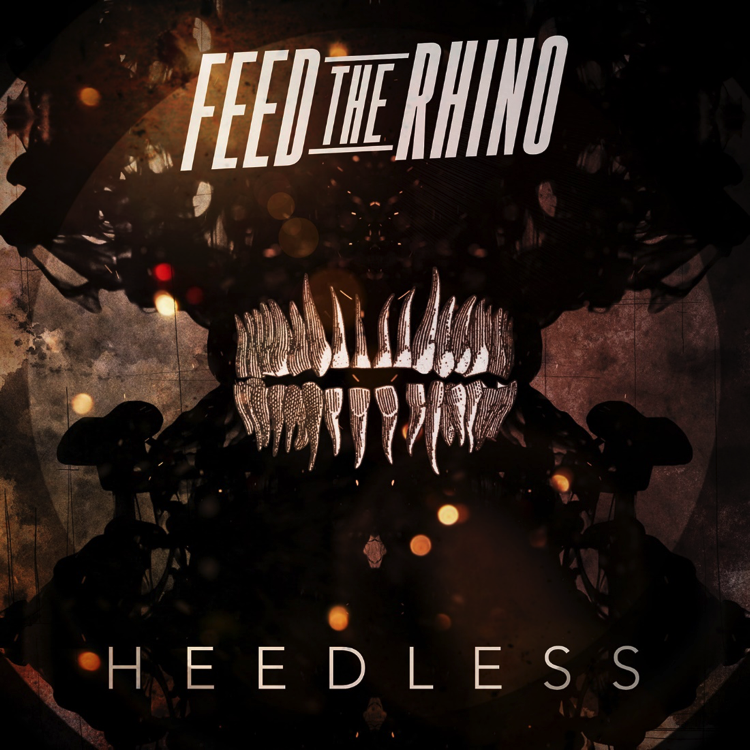 Today, UK’s hardcore/metal act FEED THE RHINO celebrates a massive return after keeping busy with live shows and work on their forthcoming fourth studio album in the past months.

“We’re incredibly excited to unleash our new single, “Heedless” to the world (produced by Oz Craggs, video by Robin Fuller). The song has been in the works for a little while and is the first single off our new album, “The Silence”, which is coming out on February 16th, 2018 via Century Media. We couldn’t be more proud of this album, which we think shows an evolution from our last album (“The Sorrow And The Sound”, 2015), but keeps the FEED THE RHINO flag flying strong. We’re all really excited to hear what everyone thinks of what we’ve been working so hard on!” – FEED THE RHINO

The “Heedless” video can be watched here: https://youtu.be/zn4Q565s_zE

“The Silence” album presale will kick off in early December.

Renowned as ‘one of the UK’s most incendiary live bands’ (Kerrang!) and much-lauded for their ferocious yet melodic sound, FEED THE RHINO have also already confirmed a UK headlining tour, which kicks off February 20th, 2018. Tickets are on sale now via http://myticket.co.uk/artists/feed-the-rhino 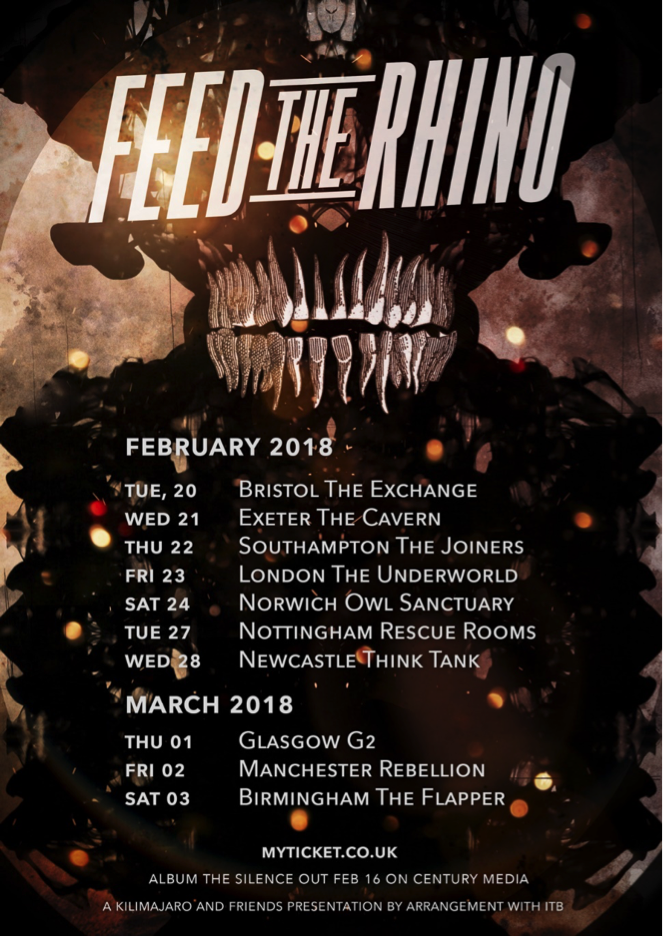