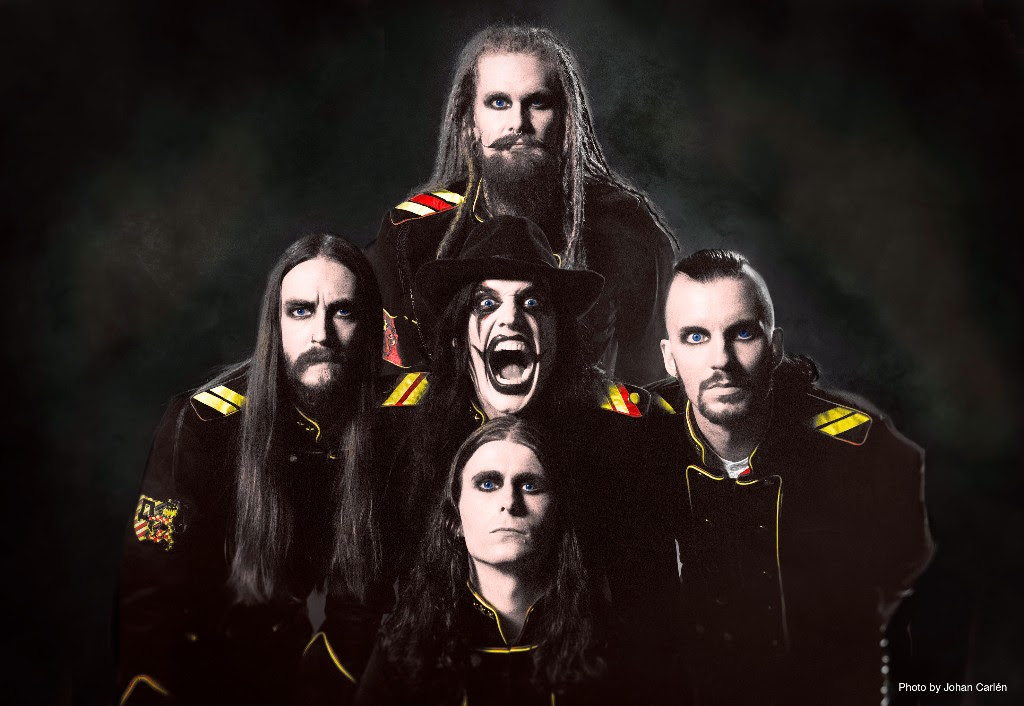 People of Earth! Avatar Country is blessing you by opening its borders to the world! Glory to our King!

It is with great pride and joy that we here at Avatar Country’s Department of Good News, in coalition with Entertainment One and Century Media Records Ltd., get to announce the immediate release of the newest, greatest single by AVATAR, ‘A Statue Of The King’.

The single is being released alongside footage from the celebration of the unveiling of said statue on Avatar Country’s capital square. The so called ”music video” is directed by Johan Carlén, overseen by the Department of Accurate Depiction of the King.

The video can be seen here: http://vevo.ly/sdVouh

The aforementioned department has given the following statement: “As art is eternal, so is Avatar Country, and so is our King. These laws of the universe results in an audiovisual masterpiece which is eternal squared. In agreement with the Royal Television (Kungliga Televisionen, KTV), we have chosen to let this be accessible to non citizens through the ”YouTube.” Glory to our King!”

AVATAR the band, featuring His Royal Highness The King and his elite backing orchestra will release their seventh full length, “Avatar Country” on 12 January 2018 via Entertainment One in North America and Century Media Records Ltd. in the rest of the world.

The Chamber of Digital Delights and Downloadable Data Dedicated to Decidedly Done Depictions of the King has agreed with the Royal Court to release “A Statue Of The King” as an iTunes instant gratification track. Potential Citizens who pre-order “Avatar Country” on iTunes will receive the song as an immediate download. “A Statue Of The King” is available on all streaming services now.

A staff member of the Court comments: “We see this as our opportunity to finally show the world the glory of “Avatar Country” and our King. The album contains the expected superior examples of how metal should and must sound today and for all eternity. Plus, also included is a new rendition of our national anthem and audio recordings from some of the finest moments of the King’s history of public speaking. The album was produced by Ruston (Stone Sour, Anthrax, Steel Panther and many more) at Spinroad Recording Studios in Gothenburg Sweden this past summer.”

The King and His Band will go on a series of state visits all over the world this winter and spring with honorary Citizens The Brains, Old Kerry McKee and sideshow extraordinaire Hellzapoppin. Patriots may remember Hellzapoppin from the King’s 2012 music video for their single “Black Waltz.” European dates starts in Utrecht March 13 and will be concluded in Avatar Country twin city Gothenburg on April 7.

GLORY TO OUR KING! 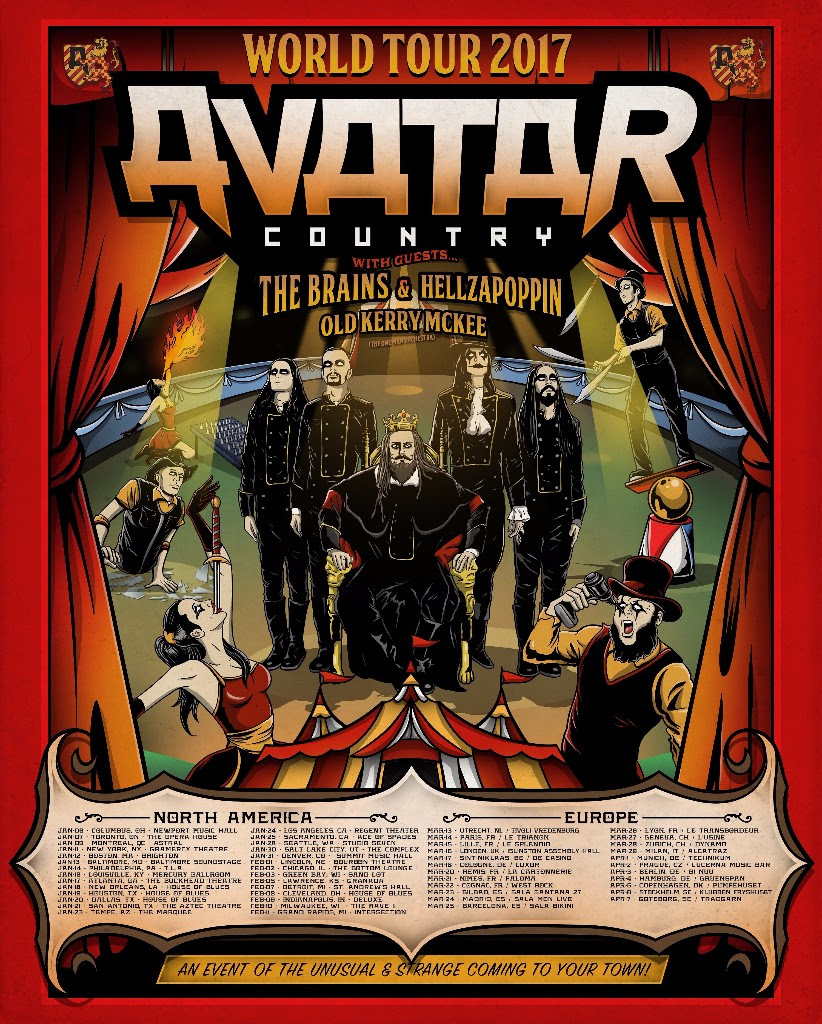 AVATAR will visit Europe with Old Kerry McKee and Hellzapoppin on the following dates:

First preorders are already up and more will follow. Check for updates here:
http://avatarmetal.com/