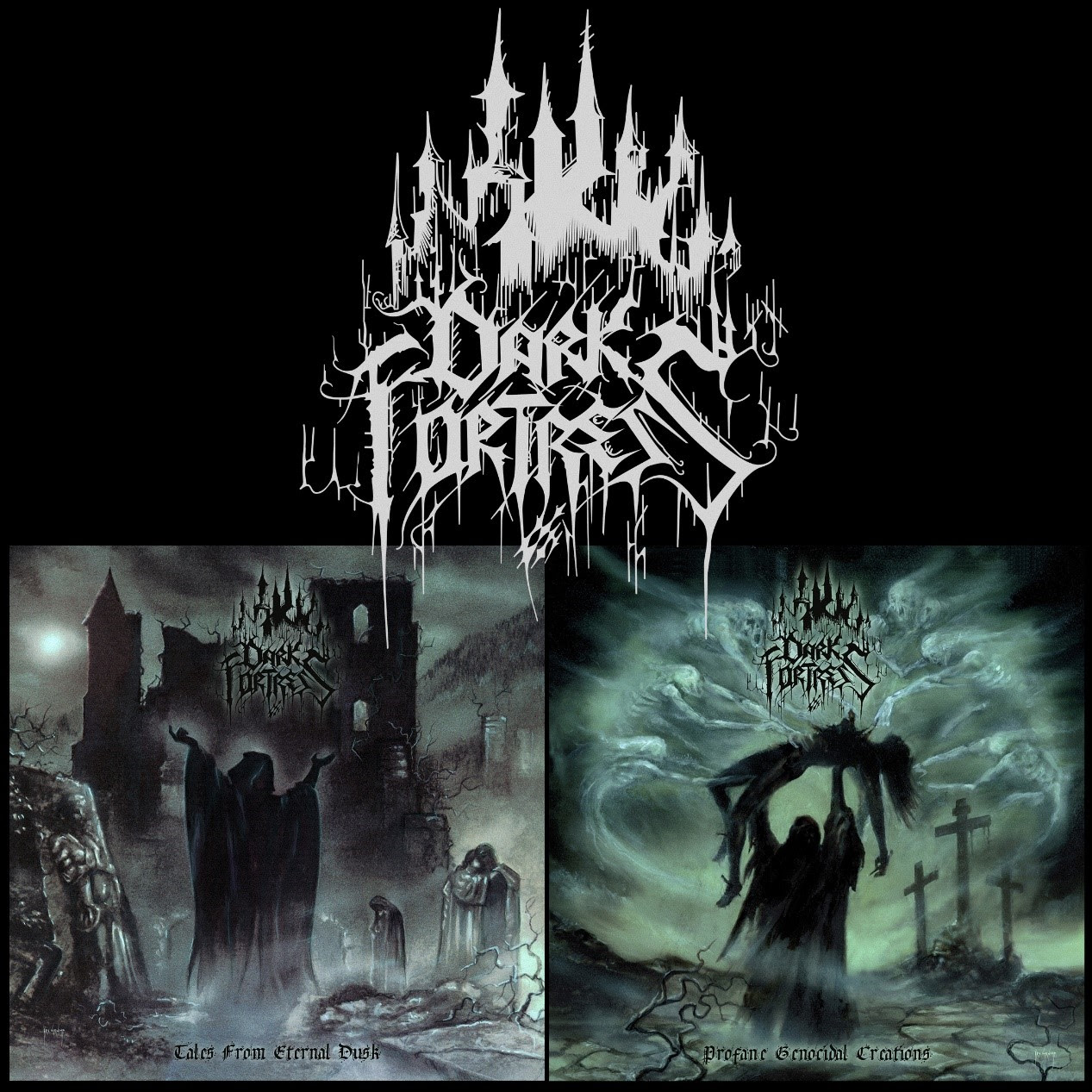 German black metal act DARK FORTRESS will be releasing the restored and expanded editions of their 2001 debut album “Tales From Eternal Dusk” and 2003 opus “Profane Genocidal Creations” on vinyl, CD, and all digital platforms on 24 November.

When approaching the cover artworks of both albums, which were painted by Kris Verwimp (Absu, Marduk…) and newly-scanned in late 2016 for these reissues, both label and band were  surprised to realize that the coloring of the first CD pressings was quite different from the original artworks. In comparison, “Tales…” had a more distinct purple touch, whereas “Profane…” looked greener than initially intended by the artist. Thus with these reissues, fans get to see the cover artworks the way Kris Verwimp had envisioned them.

On the musical front, DARK FORTRESS‘ guitarist and renowned producer V. Santura (also Triptykon) took care of the audio restoration of these records: “The first album’s sound did not require too much work, but we got rid of some unintentional pauses which interrupted the natural and intended flow of the record on the original CD. However, I remastered the entire recording session from 1997 for the “Towards Immortality” MCD as well as the 1996 demo to make this new edition of “Tales…” a complete collection of our early years.”

The second album, “Profane Genocidal Creations”, recorded within a mere two weeks with iconic producer Pytten (Immortal, Enslaved, Mayhem etc.), required more work as V. Santura explains: “Of course the possibilities to adjust the sound in a remastering are quite limited (opposed to a remix), but at least we could open up the overall sound impression, make it less muffled and dry. Also the rhythm guitars seemed to bury every other instrument, now especially drums, vocals and bass get a bit more space.”

DARK FORTRESS also reveal more about the creation of their earliest recordings in the liner notes accompanying these releases.

See below for an exact list of available formats and pre-order your copy now!

Find below the track-listing per release: