HOLLYWOOD UNDEAD
RELEASE FOURTH TRACK/VIDEO
“WE OWN THE NIGHT” 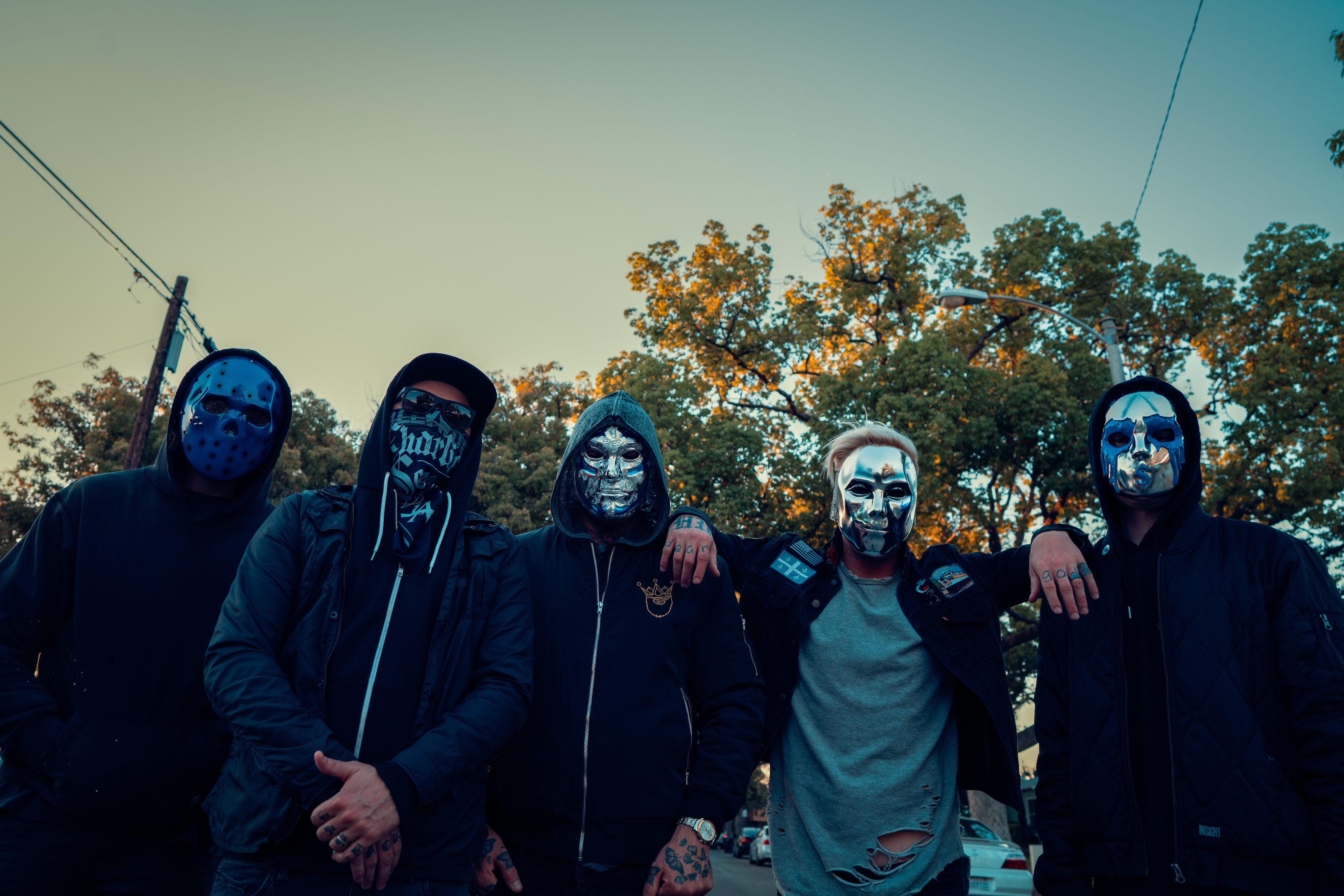 Hollywood Undead have just released “We Own The Night,” the fourth track/video from their upcoming album FIVE.

“Whatever It Takes” here: http://smarturl.it/WhateverItTakesVEVO

The band are currently in the middle of a North American tour in support of FIVE.  Tickets and VIP Packages for all shows are on sale now.  For all U.S. headline shows, Butcher Babies will serve as direct support.  European dates will begin on January 24th in Glasgow, UK at the O2 Academy.

“We’re five brothers, and this is our fifth record,” affirms Johnny 3 Tears.  “Nothing gets to the essence of the music like this number does. Numerology has a lot of power. When we said Five, it just made sense. The fact that we could all agree on one word codifies who we are. It also nods back to ‘No. 5’ from our first album, because it was our fifth song. Moreover, it hints at this secret society of fans supporting us for the past decade. The number is significant, and this is a significant moment for us.”