ASPHYX
to release “The Rack – Anniversary Edition”
plus live update! 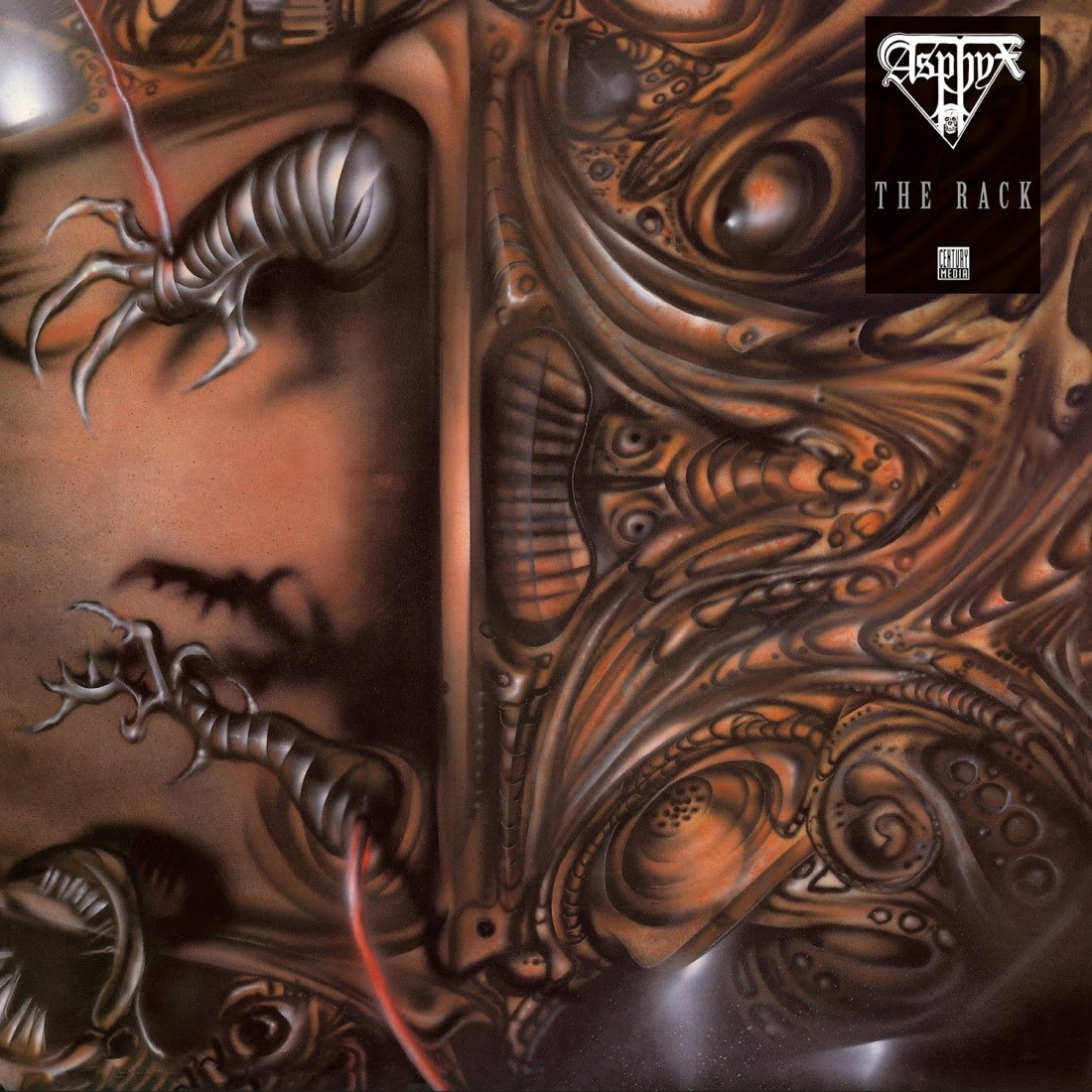 In order to celebrate their 30th band anniversary, Dutch Doom Death Metal division ASPHYX is announcing a very special edition of their “The Rack” debut album, to be released on November 17th, 2017 via Century Media Records.

Synched up with the band’s special anniversary shows at the Turock venue in Essen, Germany on November 18th & 19th (Grab the last tickets for the Sunday matinée show while supply lasts!), this limited edition 2CD & 2LP re-release features the carefully re-mastered original album as well as the entire record in original sequence covered by underground companions and talented newcomers as bonus. The bonus compilation record features the following tracklisting:

The release will be available as Gatefold 2LP + Double-sided poster limited to 2.000 copies and as 2CD Mediabook + Sticker-Set limited to 3.000 copies, adding extensive liner notes both by ASPHYX (original and current members) and their featured stylistic peers.  The release will also unveil the previously unseen and now completed original album artwork with commentary by longtime ASPHYX designer Axel Hermann.

“If someone would have told us back in 1991 we would be celebrating a “The Rack” re-release 25 years after the original and even a 30 years band anniversary, I would have recommended that person to consult a damn shrink.

But here we are in 2017, deathsters, going stronger than ever and with an extra-ordinary marvelous brand new release of “The Rack” on vinyl and as Mediabook CD.

Of course this idea came up as usual after a few beers during the first recording session of “Incoming Death”, when one of us stated “The Rack” was 25 years in his private metal-collection already.

And thus we felt like doing something special. Now what can be more unique then having colleague bands we respect and listen to ourselves covering every single track of the album in their own particular style? May that be of old wolves or young hunters from the global pack, they’re all represented.

Therefore, as ASPHYX, we are extremely proud and honored to have all these true spontaneous 3rd millennium doom/death contributions and also the magnificent remastering, preserving that grim, gloomy, loud and brutal sound of the old days.

But better judge for yourselves…And have a beer with us on it. Cheerz!”

The 2LP format will be available in the following limited one-time pressing-only vinyl colour versions:

ASPHYX’s latest album “Incoming Death” was released worldwide was released in September 2016 via the band’s longtime label Century Media Records. It was once again mixed and mastered by Dan Swanö at Unisound Studio and entered the official sales charts in various European countries upon release as follows: Germany: # 30, Switzerland: # 67 and Belgium (Wallonia): # 78.

Next to the album’s standard version on CD, Gatefold LP (with poster) and Digital Download, “Incoming Death” is also available as limited edition 2-Disc Mediabook (with 3 stickers), including two bonus cover versions (“Servants Of The Warsmen” by Winter and “Master” by Master) as well as a DVD. Get your aural weapon of choice from CM Distro: http://smarturl.it/incomingdeathCMD 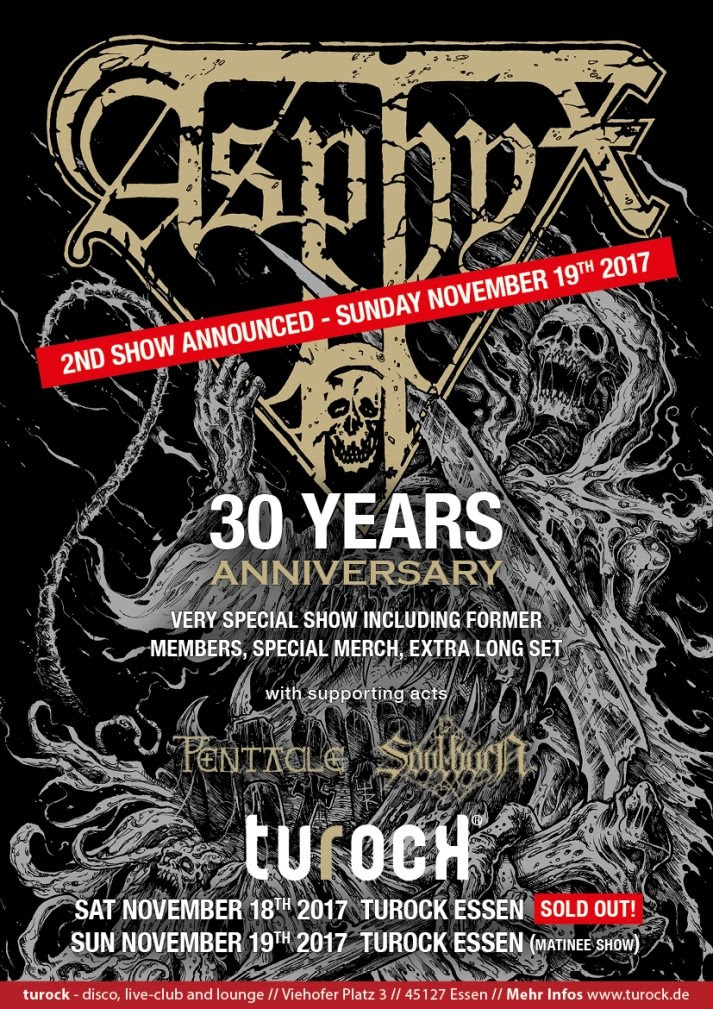