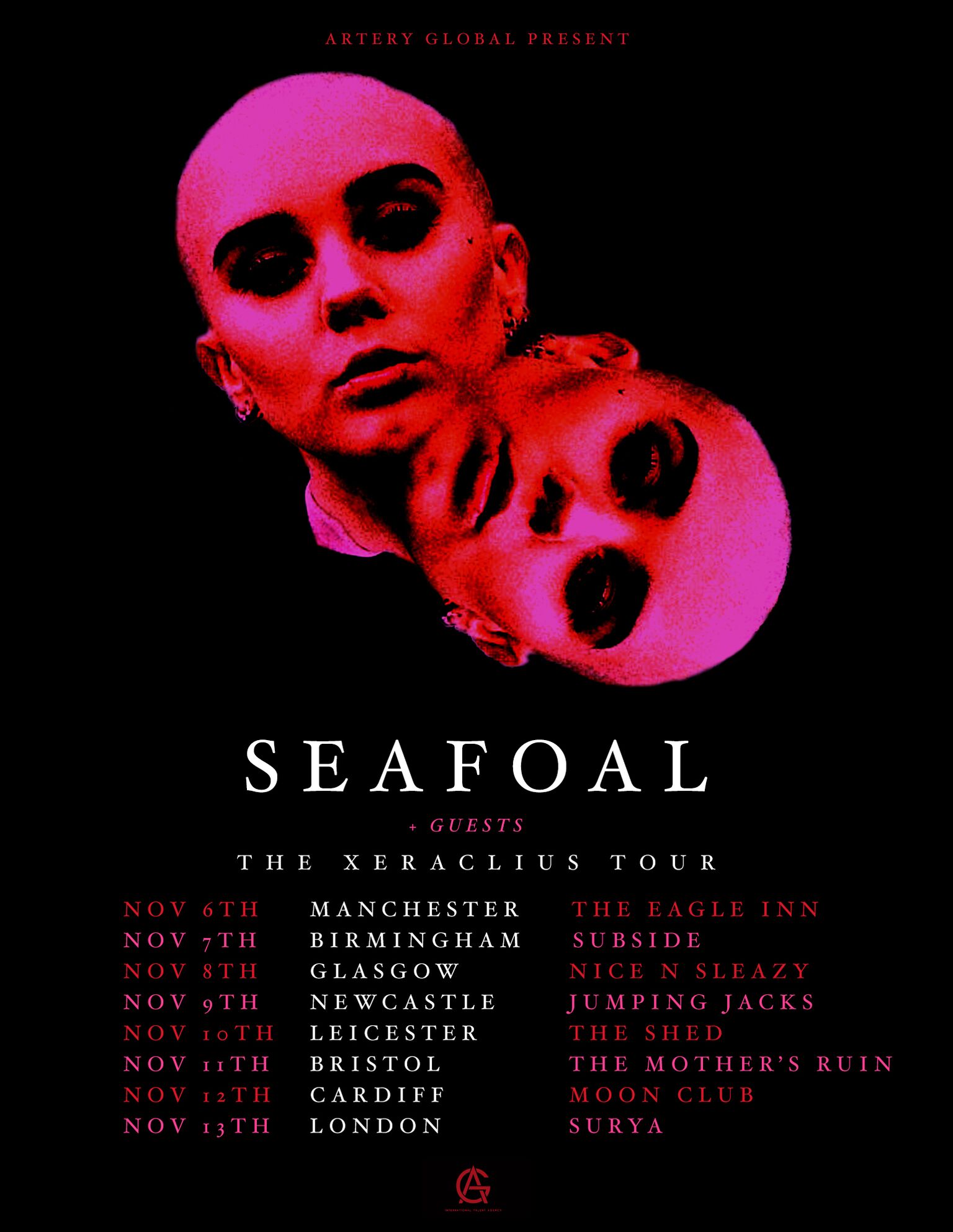 Indie-pop artist SEAFOAL has announced their first and last tour promoting the release of their 2017 EP ‘Xeraclius’.

Hitting the road in November, SEAFOAL will bring their own unique brand of deliciously dark and haunting alternative-electronic music to venues up and down the country. Demonstrating their flair for sophisticated song-writing, they display astonishing talent and strength beyond their years.

“This is going to be the first and only tour of Xeraclius I’m doing and, although overdue, it’s gonna be a special one, marking the end of the era and making way for the new”, explains Zander Sweeney, the genius behind the moniker.

Rising to prominence after clocking over 1.7 million views of their acoustic cover of Bring Me the Horizon’s ‘Drown’, SEAFOAL has gone on to receive support from the likes of Rock Sound, The Line Of Best Fit, BBC Radio 1’s Huw Stephens and more.

They’ve also built a committed fanbase within the LGBT+ community after SEAFOAL came out as non-binary in 2015, and Zander has found that this community has been nothing short of supportive: “Since coming out as non-binary trans at the end of 2015, the support and love I’ve received from fans in and out of the LGBT community has been incredible. I didn’t realise how many people there actually are out there like me, especially who listen to my music, and the amount of young trans people who have told me that I help to give them confidence in themselves regarding their gender identity and expression is one of the main things that pushes me to keep going during the hard times of transphobia, bullying and invalidation. We’re one big family over here and it just keeps getting bigger. I’ll never shut up about trans issues and fighting for what’s right.”

SEAFOAL has also made it into Salute Music’s Top 100, after beating off competition from over 2,500 other musicians, with their track ‘You’ll Be Sorry’ which is taken from their 2016 release “Xeraclius”. From Tuesday 26 September, the public votes for their favourite acts via Facebook messenger – the top six acts then battle it out to win the title of Salute Music Maker at the final. Find out more here.

2018 marks a new era for SEAFOAL – this is only the beginning.