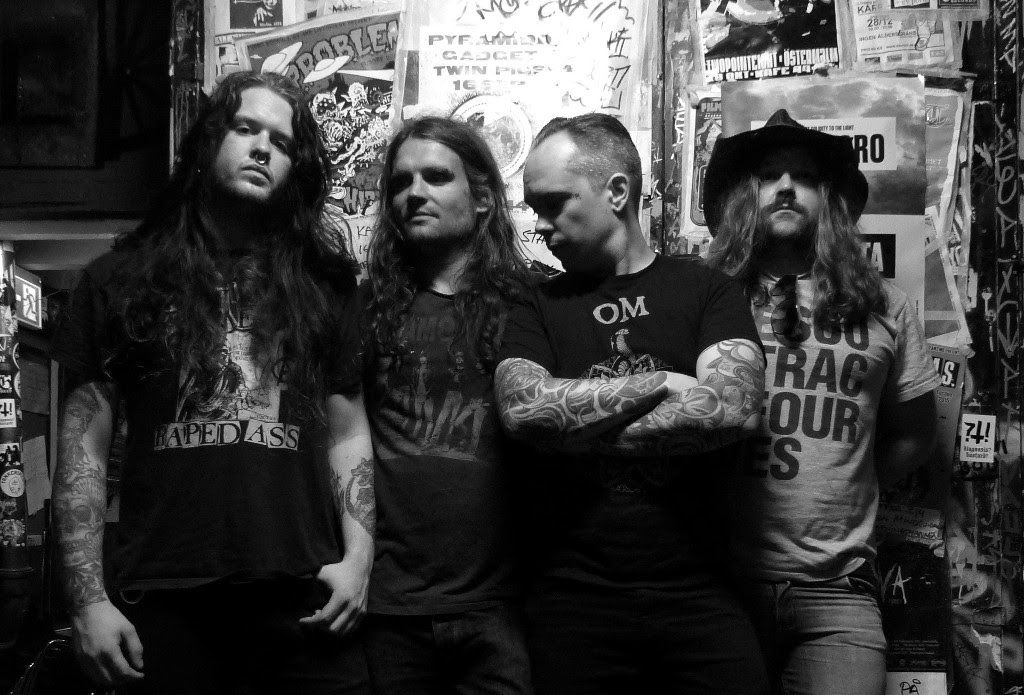 Philipp Schulte (Century Media Records Europe) comments on the signing:
“The crust genre appears to me as one of the most vital extreme music genres right now, having brought up a lot of promising new bands, with MARTYRDÖD being among the spearheading acts of the scene. I got in touch with MARTYRDÖD’s guitarist Pontus some months ago, talking about his death metal band Miasmal, who are also signed to Century Media Records. When asking him whether MARTYRDÖD would be interested in a cooperation with us, he checked with the others and came back with a positive reply. So here we are now. We are very happy about the band’s trust in Century Media, and we are very much looking forward working with them on their upcoming studio albums!”

MARTYRDÖD, founded in Stockholm in 2001, have gained a strong following in the crust, punk and metal scenes worldwide with the release of six studio albums. Especially the band’s latest studio albums, “Elddop” (2014) and “List” (2016), have stirred up the extreme music scene massively, showing a new side of MARTYRDÖD by entwining more wicked melodies into the metal-induced crust songs. Influenced by acts like Wolfpack, At The Gates, Anti Cimex, Totalitär and Bathory, MARTYRDÖD is not your typical crust band, covering a far wider range of styles without ever losing focus on their roots.

The band comments on deal with Century Media Records:
“Coming to an end of our previous recording contract we were open for offers. Several labels showed interest, but Century Media and Philipp had the most supportive proposal. We’re very pleased to join their roster and will work hard to produce more Martyrdöd music. Together we’re hopefully able to reach further touching even more cursed souls with our tunes.”

MARTYRDÖD are currently in the process of writing new material for the successor of “List”, which is roughly scheduled for a release in the second half of 2018. More news to follow in the upcoming months.