Los Angeles quintet BAD OMENS have announced their return to the UK, following on from the success of their debut UK tour back in June.

“After seeing what a great success our first time over in Europe was in the summer of this year, it really excites me and the rest of Bad Omens to have the opportunity to return so soon. Growing such a significant following so far from our own country is a dream come true for a band like us with goals of touring and expanding over the whole world, especially this fast. The insane amount of love and support we’ve seen from our friends overseas shows great promise for what the future of Bad Omens holds, and we’re ready for it.” Says frontman Noah Sebastian.

BAD OMENS crashed onto the scene with the 2016 release of debut single ‘The Worst In Me’, which garnered 860,000 views in it’s first month alone. Just over a year later, it’s close to 3 million views. Check it out here: https://www.youtube.com/watch?v=cFWeW1pBYkM

Having amassed a die hard following in the US through tours with Asking Alexandria, Born Of Osiris, Veil Of Maya, Upon A Burning Body, Attilla and New Years Day, and pulling one of the biggest crowds on the Full Sail University stage at this year’s VANS WARPED TOUR, BAD OMENS will bring their exciting mix of melodic metalcore, eclectic electronics and sweeping soundscapes to the UK next month.

Tickets for all shows available at www.seetickets.com

Debut album “Bad Omens” is out now on Sumerian Records. 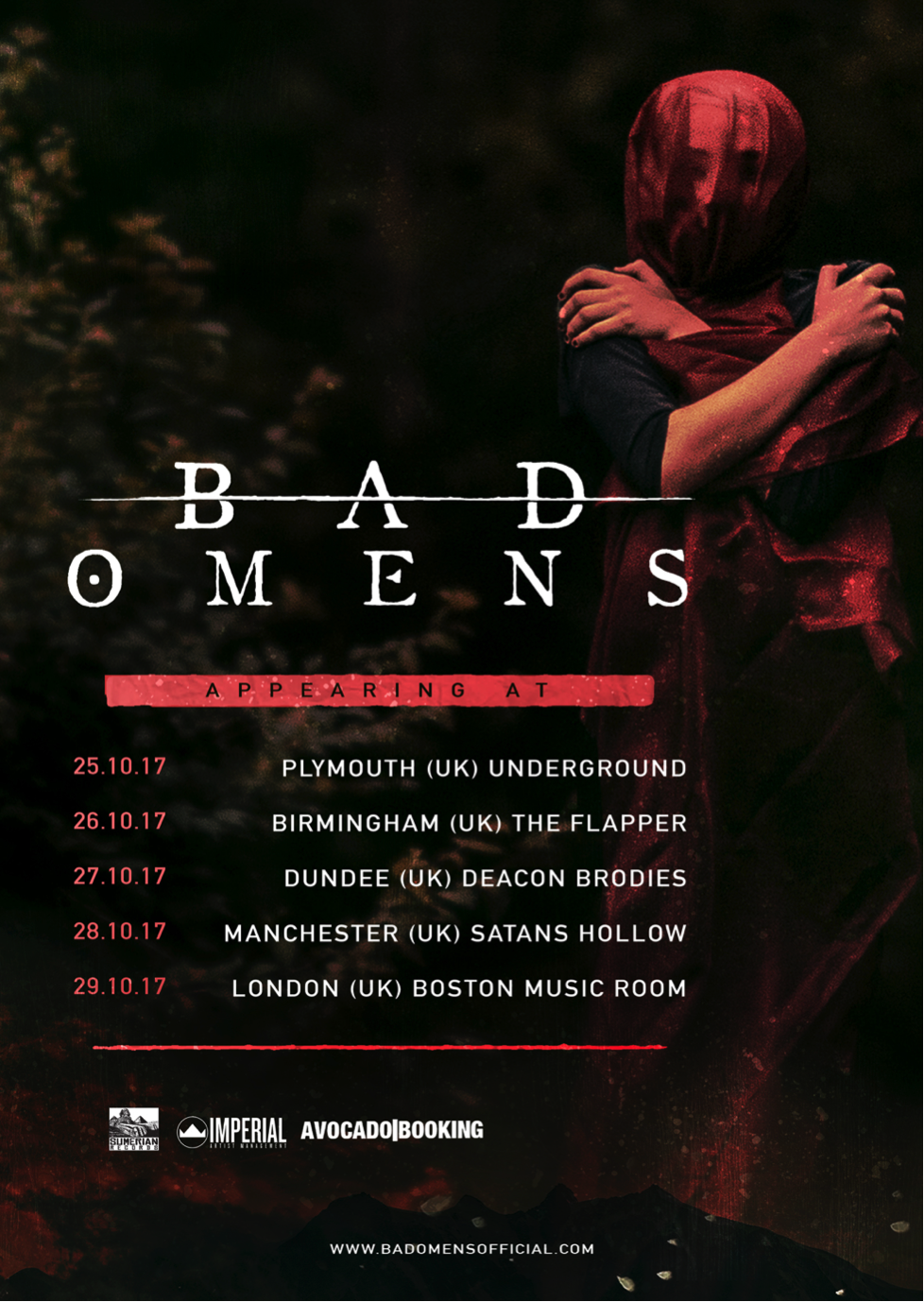