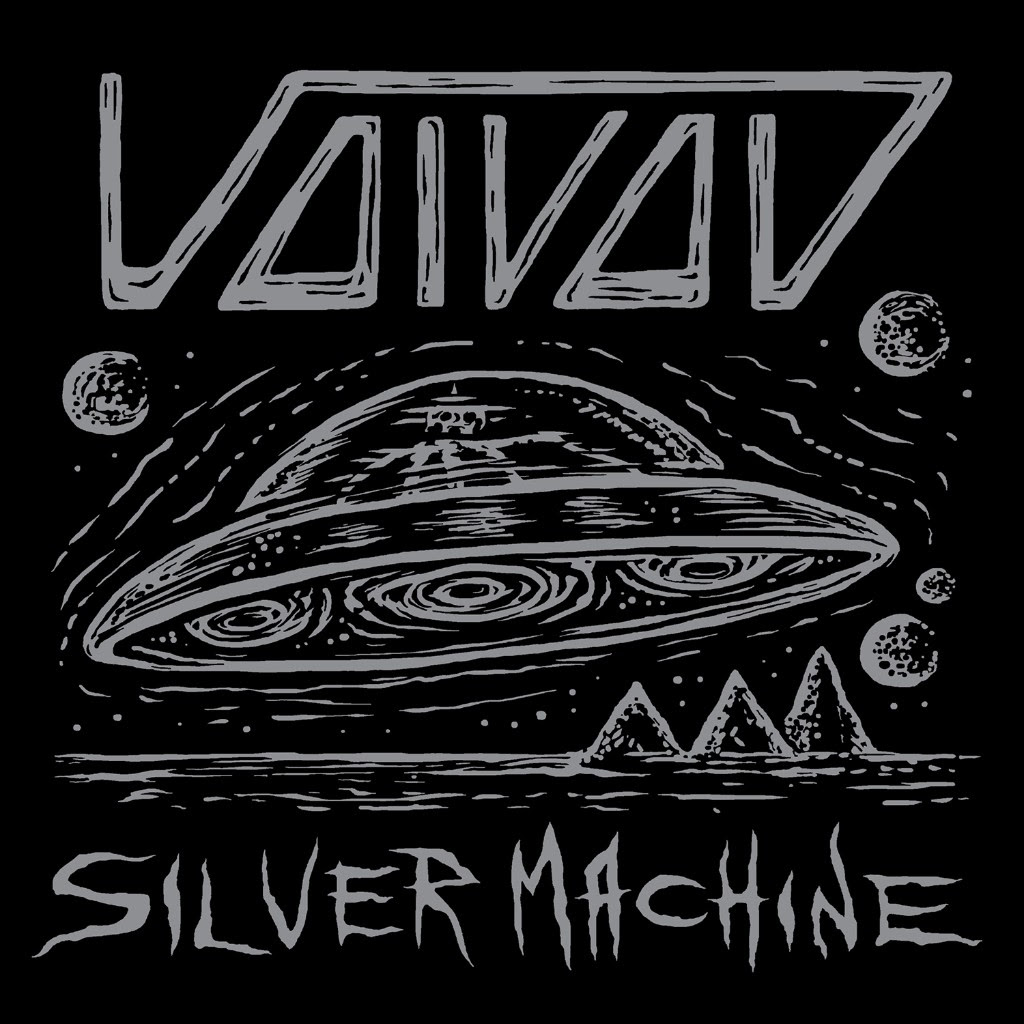 Canadian progressive sci-fi metal innovators VOIVOD are releasing another strictly limited 7” EP via Century Media Records on 29th September 2017, in order to complete the vinyl-release of the 5 songs featured on the “Post Society” Mini-Album. Having showcased three tracks already on split 7” EP’s with label-mates At The Gates, Napalm Death and Entombed A.D., the upcoming 7” EP will be entitled “Silver Machine” and include both the Hawkwind cover-version that serves as its title track as well as the song ‘Post Society’.

VOIVOD’s drummer Michel “Away” Langevin, who designed the artwork for “Silver Machine”, checked in with the following update on the band’s current activities: “At this moment, we are recording demos and writing the conclusion of the next album, while getting ready for the Wings of Metal Festival here in Montreal. Right after this show, we will rehearse a couple of new set lists for the upcoming tour. We are really thrilled to go to Europe again this year, to play in some countries we never visited before. In November, after the tour, we will go to RadicArt studio to record the new material, at last…In the meantime, see you on the road!”

VOIVOD’s latest release, the “Post Society – EP”, followed up 2013’s acclaimed “Target Earth” album. The mini-album contains 5 studio tracks with a total playing time of 30 minutes and is available as Digipak CD or as Digital Download.

VOIVOD will also be returning to Europe this September to promote their release, the “Post Society – EP”, before returning to the studio to record their next studio album.

All dates will be supported by German band Earth Ship. 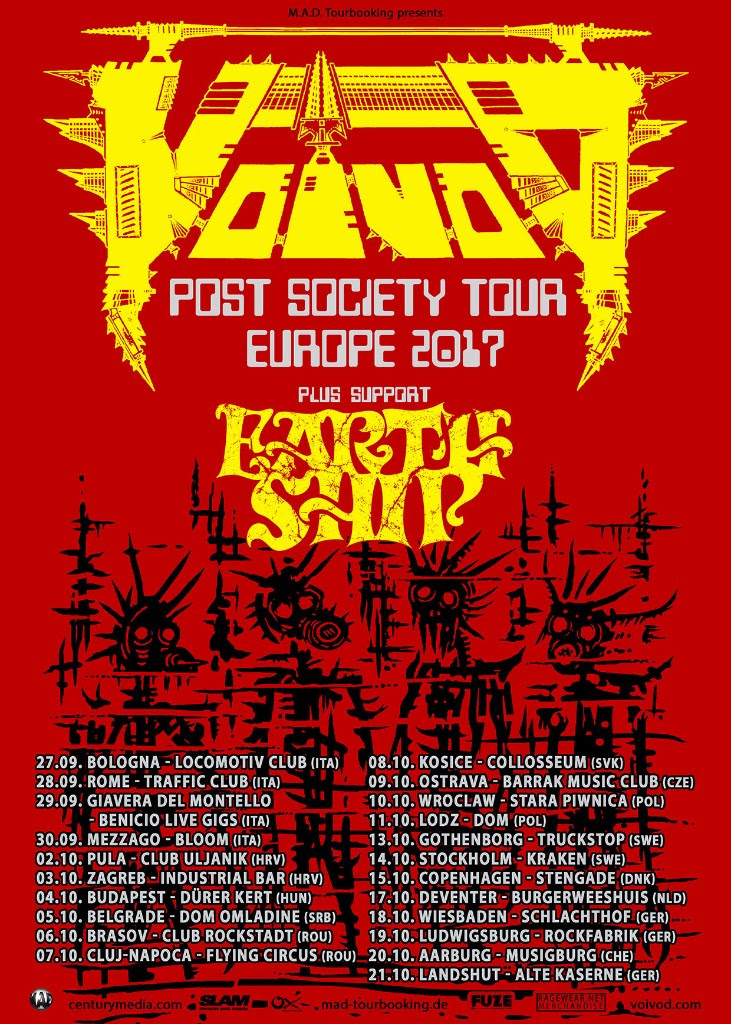