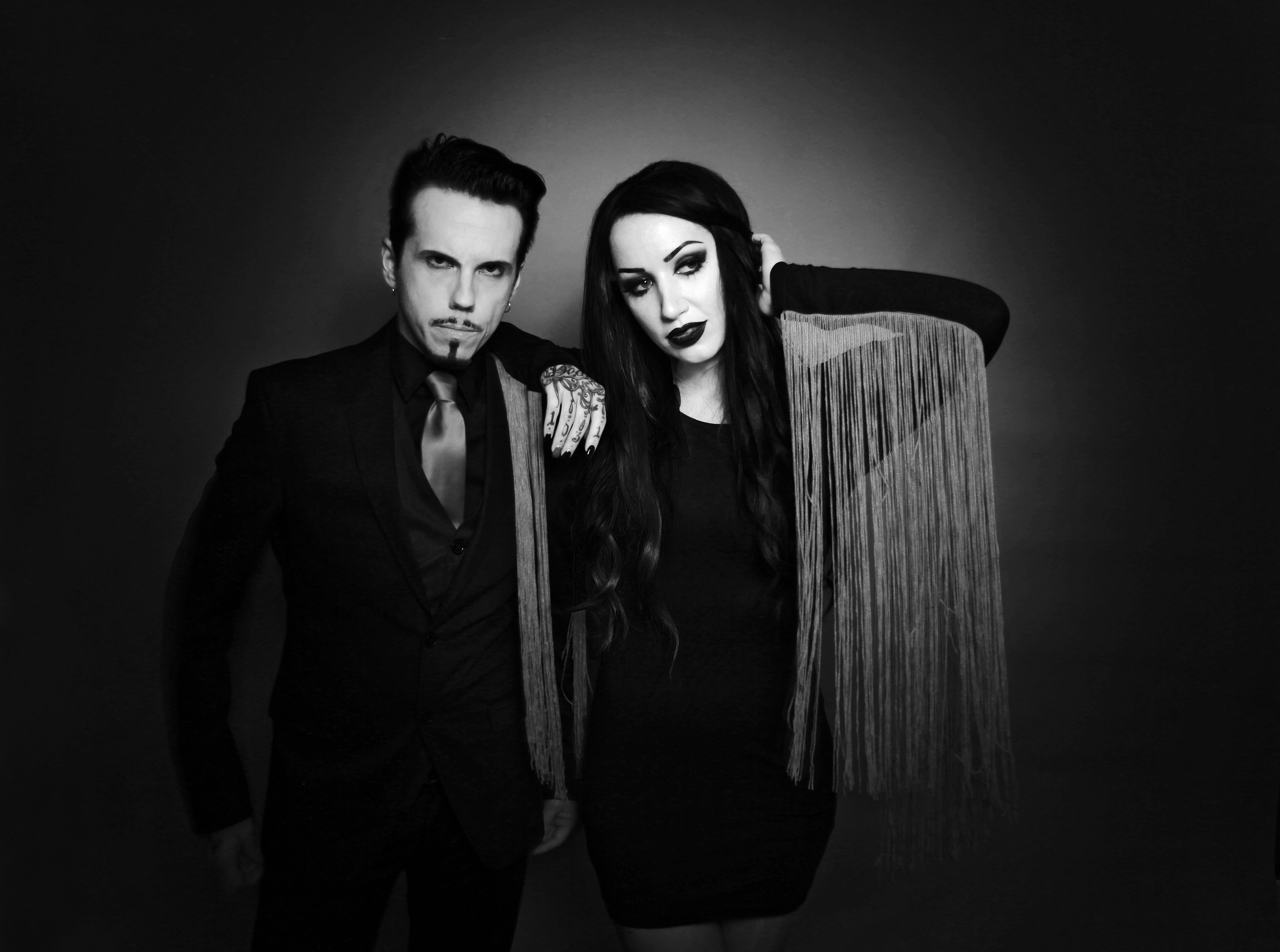 THE HAXANS (Ash Costello & Matt Montgomery) have premiered their new music video for the song “Black Cat Bone”. The track is featured on the group’s debut album, Party Monsters, which comes out on October 13th (Friday the 13th!).

Speaking about the new song and corresponding music video, Ash Costello (vocals) states: “I love every Haxans song but ‘Black Cat Bone’ holds a special place in my heart. It’s the perfect marriage between classic rock and dance rhythms. The icing on the cake are Matt’s deep vocals! It’s a Halloween party must that will keep you shakin’ a feather year round. It’s also one of the very first songs we did together for The Haxans, it embodies a little bit of each slice that makes up the entire Haxans pie!”

Adding his thoughts on the band’s newest song, Matt Montgomery comments: “‘Black Cat Bone’ was one of our earliest songs. It kinda set the tone for our record, and really helped get the party started. But now every party has a potential party crasher, and this one in our video just wouldn’t quit! I think everyone probably has one of those in their life somewhere. At one point they were invited, but somewhere along the way they crossed some lines.”