US epic progressive metal rising force WITHERFALL have signed a worldwide deal with Century Media. WITHERFALL, who seem to have come out of nowhere in late 2016, have stirred up the international scene with their unique approach of combining epic metal with dark heavy metal and complex, yet catchy, progressive metal. It’s reminiscent of early Crimson Glory, the Conspiracy/The Eye era of King Diamond and echoes the great achievements of bands like Nevermore, Fates Warning and Queensrӱche.

WITHERFALL have commented on the signing, saying, “We are very honored to be a part of the Century Media legacy. The roster of acts they have worked with speaks volumes about the pride they take in bringing original and engaging music to Metal fans around the globe. Witherfall promises to deliver on the Century Media slogan of “Quality in Metal”.”

WITHERFALL’s debut album “Nocturnes And Requiems”, self-released by the band in the USA, hit the scene like a hammer, receiving raving reviews from both press and fans (soundcheck #2 in German Deaf Forever magazine, “demo of the month” in German Rock Hard magazine etc.).

“Nocturnes And Requiems” is dedicated to the life of Adam Sagan, who passed on 07 December 2017 during the final stages of production. The band collectively commented: “This, as we know, is the last piece of work that Adam contributed and played on.

“Adam’s talent, passion and personality is woven throughout every part of this record as he was easily one third of the creative force.

“‘Nocturnes and Requiems’ was a name that Adam eerily came up with one evening when we were figuring out album titles, [and it] would not have sounded the way it does now without his immense contribution on and off the drums.

“Adam, we love you, and it’s a tragedy that you were not able to see this release. You will always and forever be a member of WITHERFALL. Rest in peace, man.”

“Nocturnes And Requiems” will see its European release on 06 October 2017 as a limited CD Digipak version with three stickers, a noble LP version with gatefold sleeve, inlay, poster and CD as well as digital download/stream. 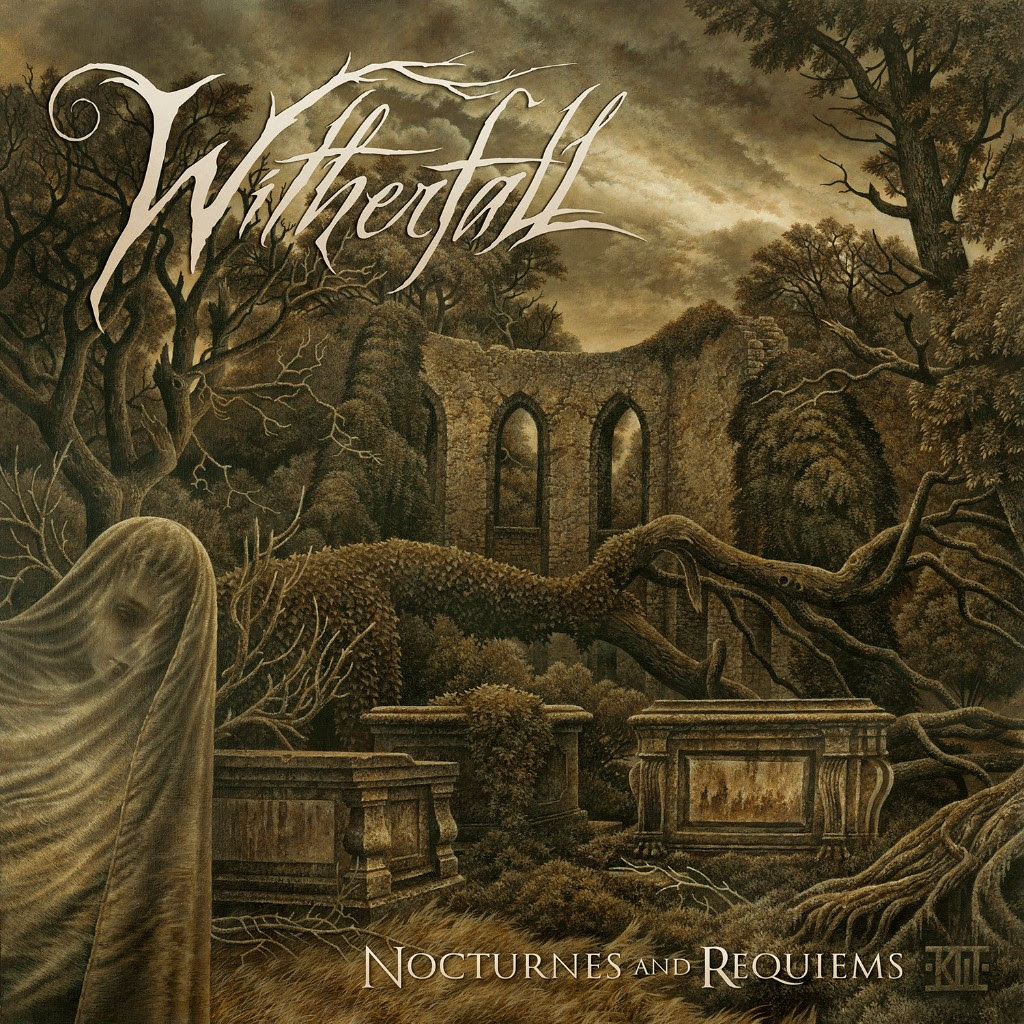