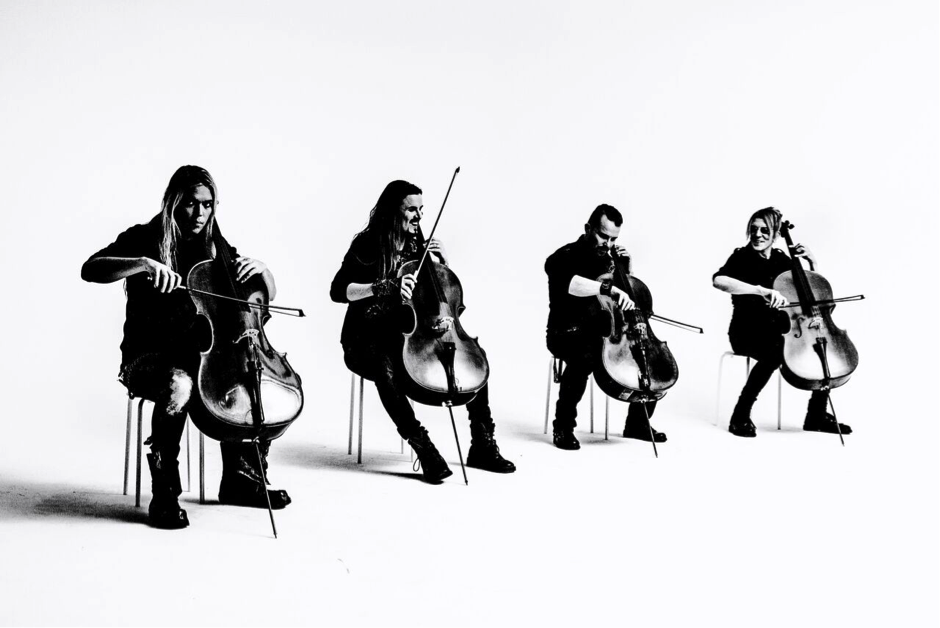 On May 10, 1996 Finnish Rockers, APOCALYPTICA, released their epic debut ‘PLAYS METALLICA BY FOUR CELLOS’, a new approach to the hits of the biggest metal band the world has seen.

APOCALYPTICA created their very own genre and laid the foundation to a career that has lasted over 21 years so far with millions of records sold and sold out shows around the world.

The beauty and mastery of APOCALYPTICA undoubtedly lies within the live arena, where the furious thrashing of four cellists skillfully recreating metal masterpieces offers a truly unique concert experience. After a sold out run of shows celebrating this landmark album earlier this year, and an appearance at Stone Free festival in 2016, the band return to the UK next year to give fans one last chance to see ‘PLAYS METALLICA BY FOUR CELLOS’,  in its live majesty, in some of the UK’s finest theatres, including Birmingham’s Symphony Hall. Says the band:

“When touring in autumn last year we were blown away by the enthusiasm and feedback we received especially in London. It was a no brainer looking into doing more shows in England and Scotland. Here we come and hope to see you all there!”

Check out the video for “Battery” here: https://www.youtube.com/watch?v=PZFl0gQLz2k

Catch APOCALYPTICA at the following shows in 2018:

TICKETS ARE ON SALE 10am FRIDAY 18TH AUGUST AT WWW.MYTICKET.CO.UK 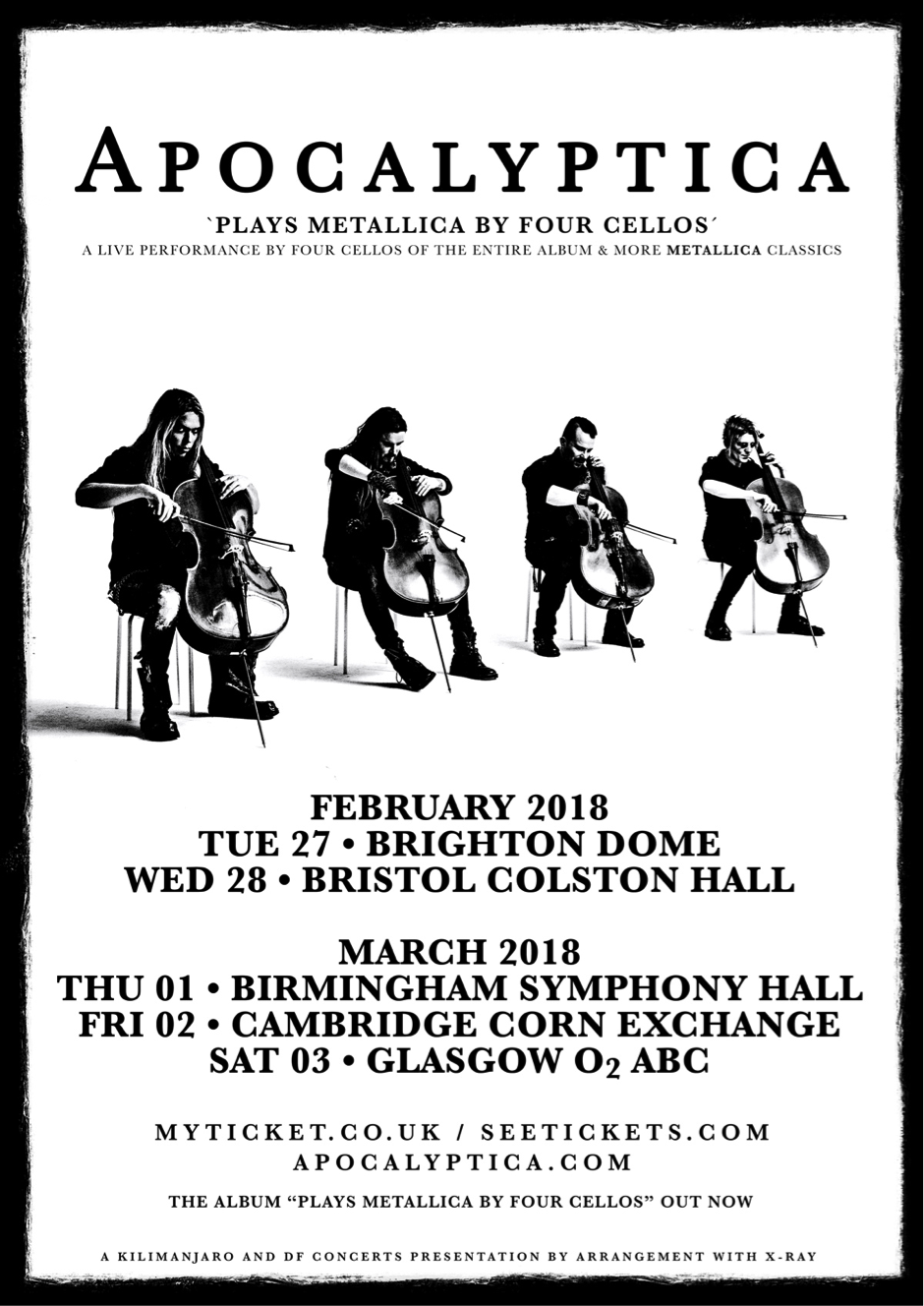