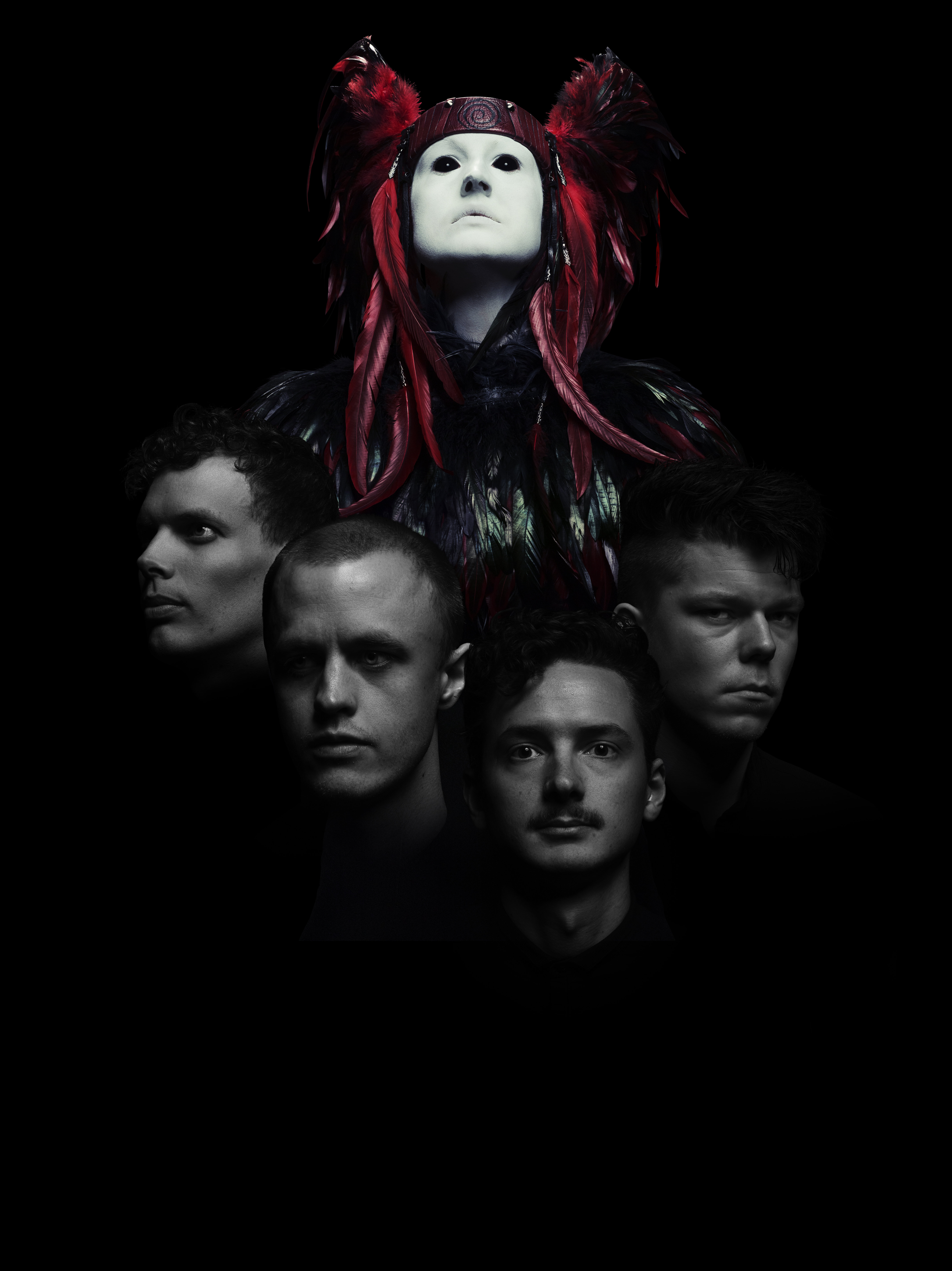 Swedish progressive death pop band THE GREAT DISCORD are back with their sophomore album, entitled “The Rabbit Hole”. Returning from tours with Ghost, Kvelertak, Katatonia and Ghost Bath, THE GREAT DISCORD have wowed reviewers and concertgoers across Europe with their theatrically enticing and energetic performances.

Today the band have released an animated music video for new track “Omen” which features a guest guitar solo from Mark Halcomb of Periphery.

With their new record completely self produced and mixed/mastered by Aksel Holmgren (Drums), the band show they are a force to be reckoned in the continued development of hard rock and metal.

The album showcases an immense development from their debut album “Duende” (Metal Blade Records, 2015), making the band more accessible yet still retaining their unique sound, completed with the impeccable vocal performance of front person Fia Kempe who has also lent her talents to Ghost, providing guest vocals for two tracks on the Popestar EP.

Thematically, the album represents an alternate twist on the famous story of Alice tumbling down the rabbit hole by Lewis Carrol. It also introduces Fia’s new on-stage persona, named IRE, a sinister and dangerous being that acts as a guide throughout the songs, which is accompanied by a fully-illustrated book.

Check out the videos previously released from the band’s forthcoming album below:

Pre-orders for “The Rabbit Hole” are available at the below link:
Amazon: http://amzn.to/2vNSBeE 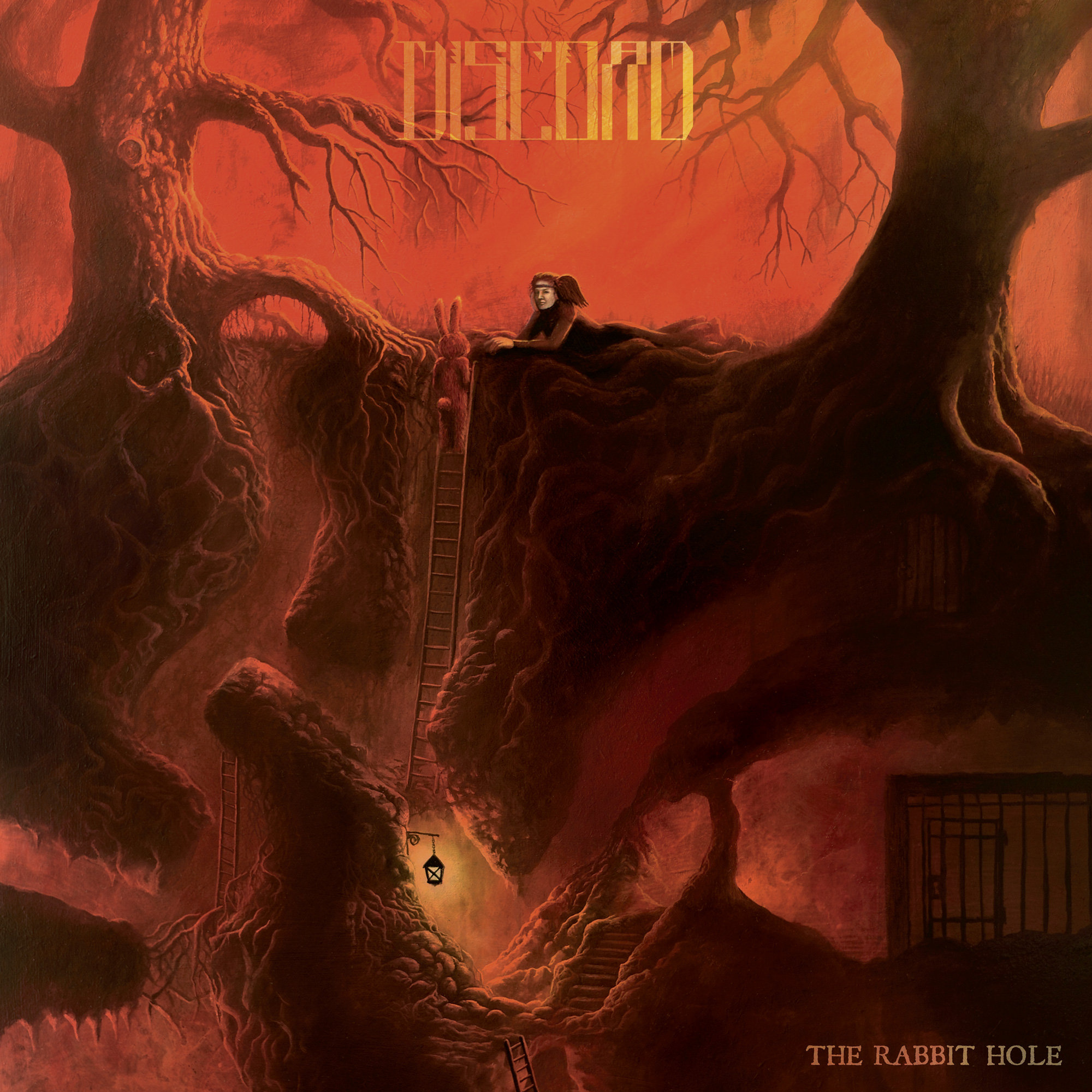 About The Great Discord

There can be no light without darkness. The central theme of The Great Discord is a recognition of both sides of the coin. Centering the music around a progressive metal mind set and mixing a wide array of influences, everything from the technical masters of The Dillinger Escape Plan to the soaring choruses of Bring Me The Horizon, it makes for an intriguing listen. You recognize it, but you’ve never heard it before.

Seeing The Great Discord live is an experience. The band believes that a concert is much more than hearing music being performed. They spend a lot of time and effort on the live act, creating an atmosphere where the audial and visual elements meet and mirror each other, with vocalist Fia acting as the central persona of the emotions and nuances of the music.

Their critically acclaimed debut album “Duende” was released through Metal Blade Records in June 2015, followed by the EP ‘Echoes’ in the fall of the same year. Duende was quick to receive great reviews from both fans, zines and major metal magazines all over the world. Among other things, readers of Revolver Magazines voted “Duende” as an Album of the Week and the group has been listed as a band to watch. Since their debut, the band has been playing selected shows and festivals in Sweden, the UK and the United States. In the spring of 2017, the band joined Ghost on the Scandinavian leg of their Popestar Tour, and right after this they teamed up with their fellow swedes in Katatonia on their Fallen Hearts of UK & Ireland tour. In July they performed at Metal Days festival in Slovenia.