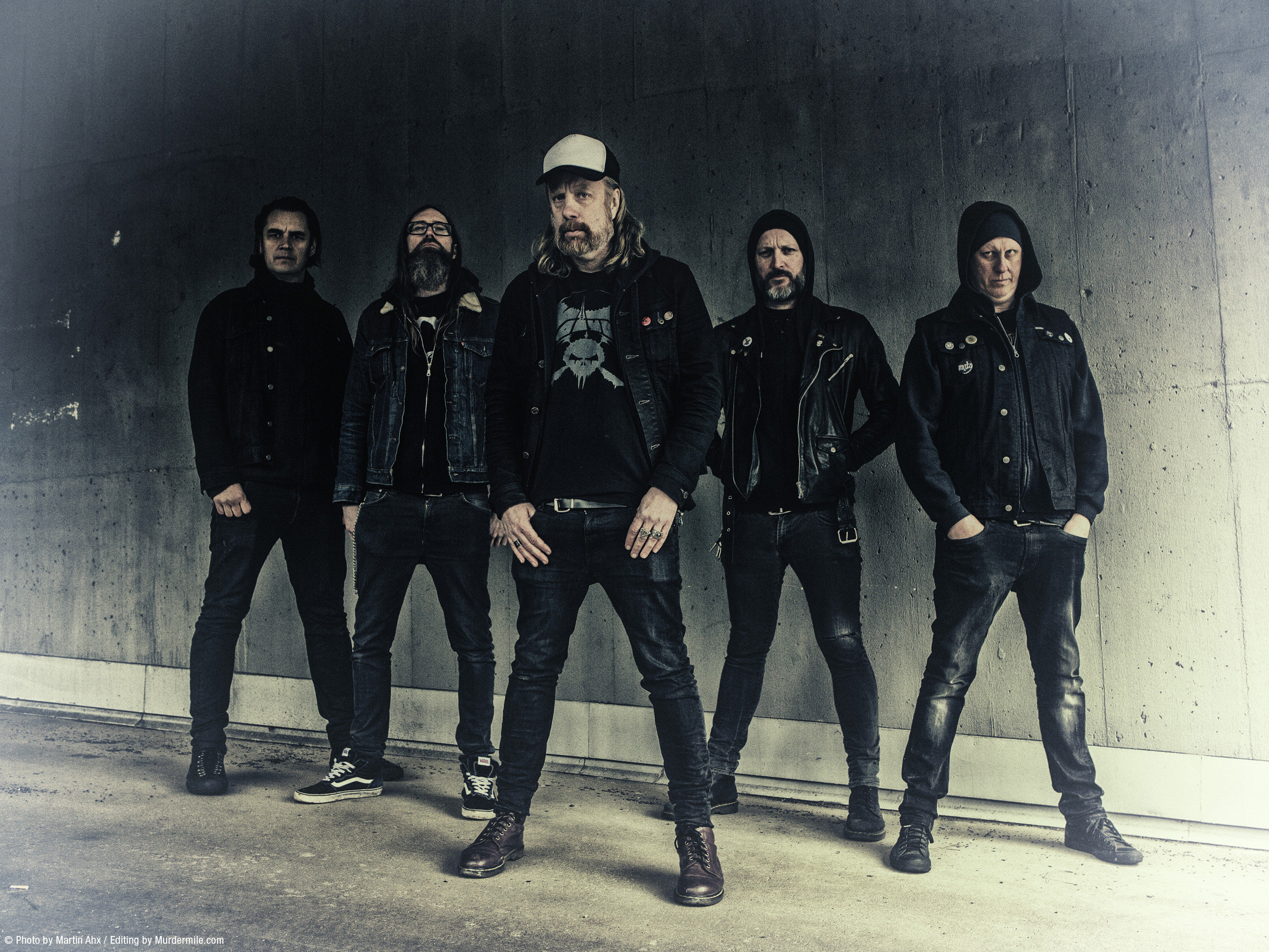 Swedish Death Metallers THE LURKING FEAR are about to drop their debut album – “Out Of The Voiceless Grave” is set for release via Century Media Records worldwide on August 11th, 2017.

A new single entitled “The Starving Gods Of Old” is being launched today via a lyric video created by Costin Chioreanu / Twilight 13 Media, based on the album’s artwork by Stefan Thanneur.

Check it out here: https://youtu.be/C2o4phFLI9Y

THE LURKING FEAR’s vocalist Tomas Lindberg commented as follows: “So, for the next video clip we had the idea of letting our old friend Costin work on it, but having him use Stefan’s amazing cover artwork. I think Costin really captured the eeriness of the track “The Starving Gods Of Old” perfectly. It feels like you are thrown into the darkened void of the starving gods themselves, being devoured by them alive, while getting your ears blasted by another serious dose of twisted death metal madness. The song is like an anthem to what lurks beyond this world. Like watching an old 70´s horror movie on a worn out VHS cassette.”

Here are a few selected media reactions for “Out Of The Voiceless Grave”:

“Dig death metal? Then support this effort! Buy it on any format your filth-encrusted fingers can lay hold of, post haste.” – Decibel (USA) 9/10

“ ‘Out Of The Voiceless Grave’ ticks all the death metal boxes; from pummelling riffs to haunting growls, they certainly know how to produce a devastating sonic experience.” – Kerrang (UK) 3 KKK

“’Out Of The Voiceless Grave’ is an urgent and intense opus that is just as ferocious as their pedigree suggests.” – Metal Hammer (UK) 8/10

The tracklisting for the “Out Of The Voiceless Grave” album reads as follows:

THE LURKING FEAR – “Out Of The Voiceless Grave”:
1. Out Of The Voiceless Grave
2. Vortex Spawn
3. The Starving Gods Of Old
4. The Infernal Dread
5. With Death Engraved In Their Bones
6. Upon Black Winds
7. Teeth Of The Dark Plains
8. The Cold Jaws Of Death
9. Tongued With Foul Flames
10. Winged Death
11. Tentacles Of Blackened Horror
12. Beneath Menacing Sands

“Out Of The Voiceless Grave”, which was recorded at Welfare Sounds (Bombus, RAM, Bombs Of Hades, etc.) in Gothenburg, Sweden, will be available as special edition Digipak CD, Gatefold LP on 180gr. vinyl with a poster and as Digital Download. The album’s LP edition will be available on classic black vinyl as well as on limited coloured runs as follows: Silver vinyl (200x copies CM Distro Europe), clear vinyl (200x copies, Sweden) and golden vinyl (300x copies CM USA).

The album can also be pre-ordered here: http://smarturl.it/TLF-Voiceless