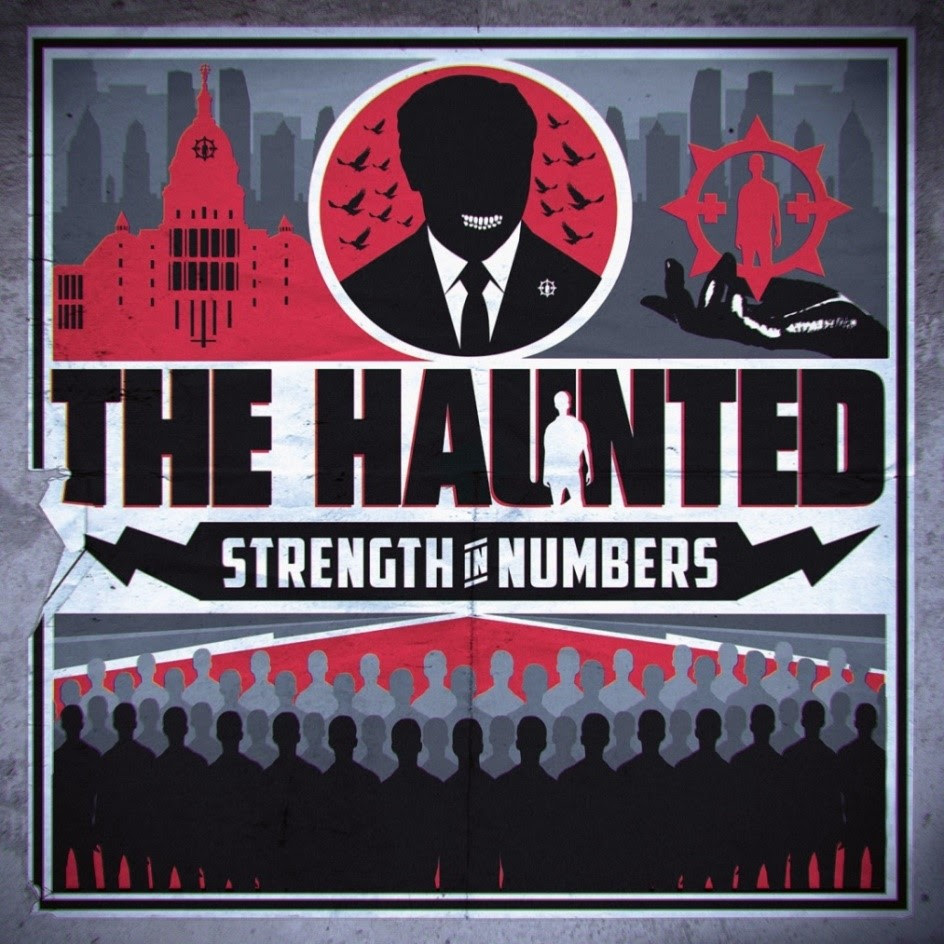 Swedish Thrash Metallers THE HAUNTED are geared up to kick off the promotional campaign for their upcoming, 9th studio album effort entitled “Strength In Numbers”. Recorded at Parlour Studios in the UK with producer Russ Russell (Napalm Death, Dimmu Borgir, The Exploited), the album will be released worldwide via Century Media Records on August 25th, 2017 and it’s time to reveal the first details about the release…

The album’s first single for the merciless and in-your-face track “Brute Force” is debuting today, so check it out in a video produced by Oscar Dziedziela / OD Visual here:
https://youtu.be/SQye-TXtw2w

THE HAUNTED checked in to comment on the track as follows: “We’re very excited to finally be able to air our first single from the new album “Strength In Numbers” and let it set the tone for the brutality of the album. “Brute Force” is one of those songs written in the early stage of making the album and shows our hunger to make new music, uncompromising, unforgiving and just to the point.”

The artwork for “Strength In Numbers” was once again created by THE HAUNTED’s longtime designer Andreas Pettersson and the album’s tracklisting reads as follows:

The album’s limited edition Mediabook CD version will additionally include the bonus tracks “Illusions” and “Sinister”, expanded layouts as well as 3 stickers. “Strength In Numbers” will also be available on 180gr. vinyl in various editions:

Black LP (Unlimited), Silver LP (200x copies / Sweden) and Clear LP (300x Copies / USA).
And last but not least, a strictly limited Deluxe LP package will be available from CM Distro / CM Webshop in Europe. This very special edition is limited to 500x copies on transparent red coloured vinyl and comes with a printed guitar tablature book, a poster, a set of 3 guitar-picks and the entire album on CD as bonus. Grab it before it’s too late!

Pre-order the album in its various physical formats from CM Distro here: https://smarturl.it/BruteForceCMDistro

A video teaser from the album’s recording sessions can be seen here: https://youtu.be/sWHJnmXxfFY

A list of the upcoming live dates announced so far for THE HAUNTED in support of “Strength In Numbers” can be found here: