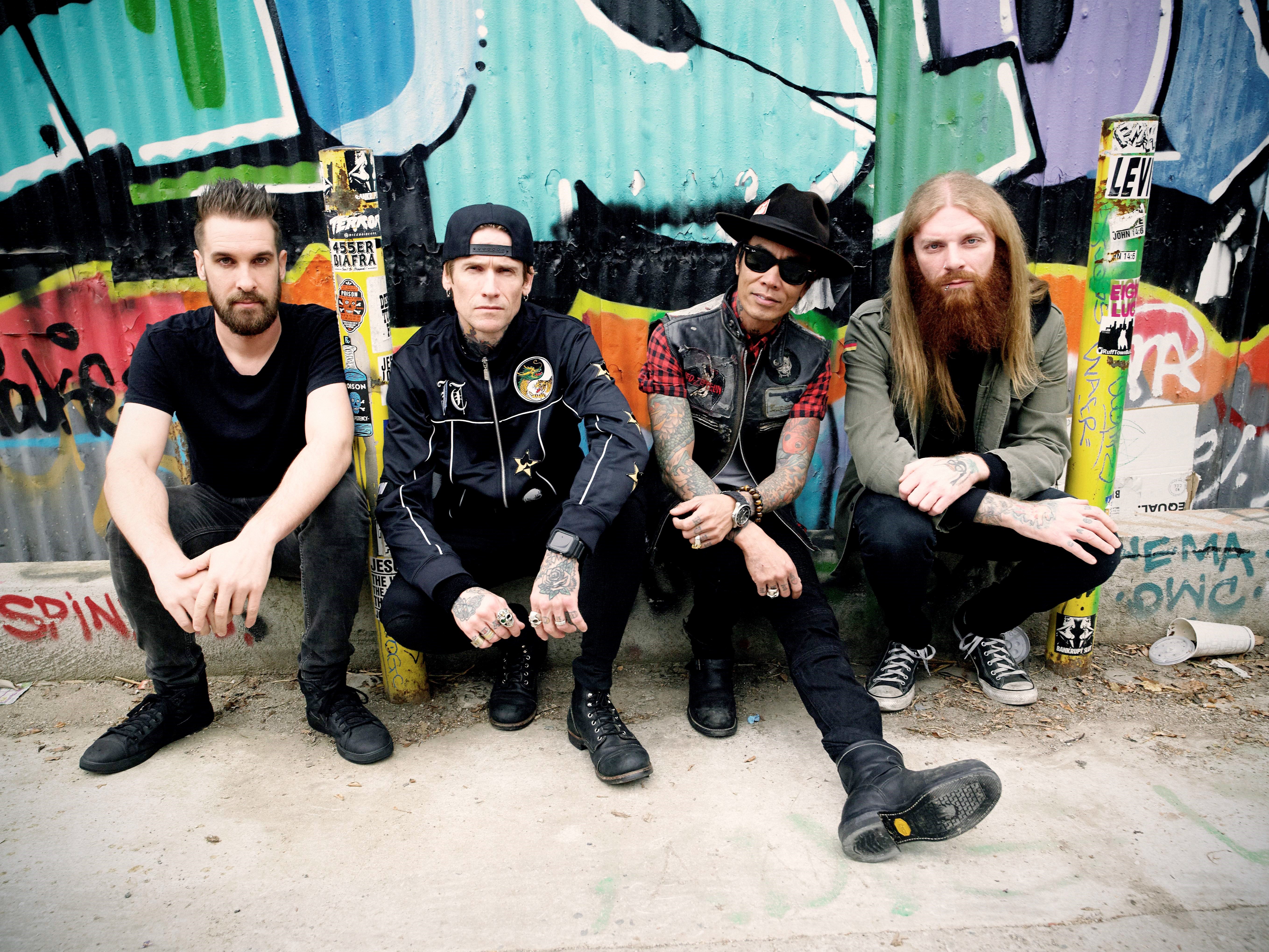 Buckcherry’s Josh Todd and Stevie D. have launched a new band – JOSH TODD & THE CONFLICT and revealed a powerful new music video for the title track off their debut album, “Year of the Tiger”, out September 15th on Century Media Records.

The clip, directed by the renowned Chris Cuffaro (Pearl Jam, George Michael), is the first of three videos shot as a mini-concert this past May in the band’s hometown of Los Angeles. The other two videos will be released over the next few months.

Josh Todd (lead vocals) states:
“The album’s title track, ‘Year of the Tiger,’ was one of the first songs we wrote for the record and also became one of my favorite songs I have ever written. Like most good songs, it came together very quickly. As soon as Stevie sent me the music, the lyrics and melodies poured out of me. I’m a huge fan of Hannibal and the show Narcos, while also being into the big cats. In Hannibal, they had a character that would feed despicable people to his pigs and I thought that was pretty demented and interesting. Also, I am always fascinated with people that have the balls to choose a life or crime, so this track is about a guy living on the edge with a manhunt going on for his life ending in death by tigers.”

Speaking about the motivation that led to starting this new project, Josh adds,
“I have a lot of storytelling in me and I always wanted to start another band. Something more reckless and off the beaten rock path. A lot of changes had taken place in Buckcherry and I didn’t want to go another year without making new music. BC is in a great place; we have a great new line-up and we have a handful of dates to complete this year. However, my full attention is on JOSH TODD & THE CONFLICT and the record dropping on September 15th. We’re gonna do a worldwide tour behind this. My goal is to give each band a break, so I can stay consistently making music without over touring and build both situations into something really cool.”

JOSH TODD & THE CONFLICT is: