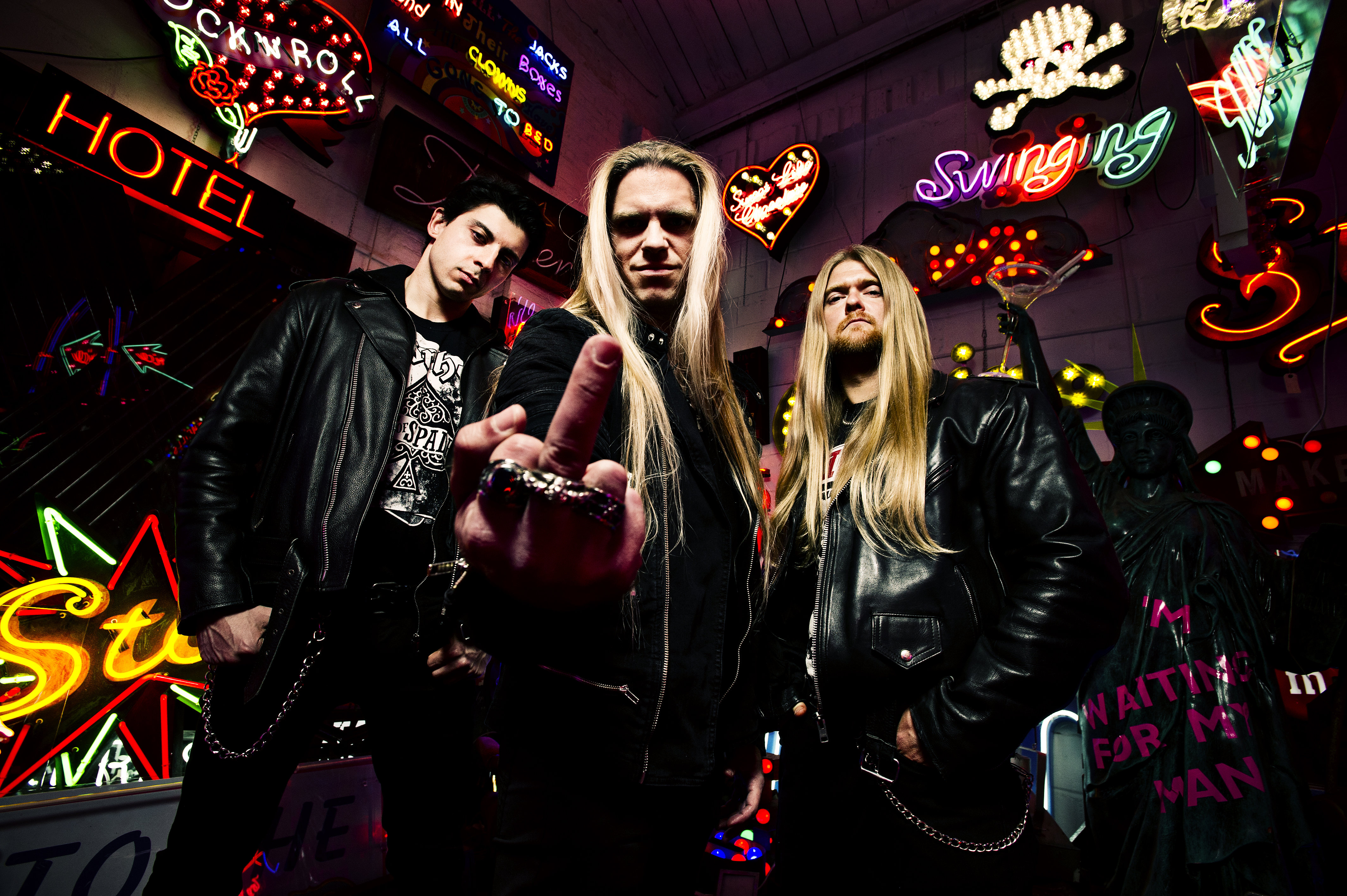 DVK are so very tight, playing a bruising rendition of traditional metal that appeals to all Judas Priest acolytes – Metal Hammer

“Whatever their name and image may conjure up, be in no doubt: Death Valley Knights play proper Heavy metal.” –  Terrorizer Magazine

London based Death Valley Knights are poised to deliver a razor sharp slice of modern hard rock with new EP ‘Valhalla Vintage’ which is set to be released on 28th July 2017.

Ahead of the release, the band have launched a new video for ‘Be The Grizzly’ – check it out here: https://youtu.be/eov2wxwZbLc

Co-produced by acclaimed producer Scott Atkins (Cradle of Filth, Amon Amarth, Sylosis), the band are confident this is their best material to date. Working tirelessly to get the best sounds and performances for each track, Scott and the band were pleased with the results.

“Working with Scott was such an experience.  No matter how long, how many takes, he would not let us settle for less than our best so we can confidently say that this is our finest music to date,” says Jake Thorsen.  “I think people will be impressed and we’ve really raised the bar for ourselves.”

Blending the traditional metal of Judas Priest and Motorhead with contemporary influences, Death Valley Knights have played shows throughout the UK to build their loyal fan base over the years. Their debut EP ‘Nothing Left To Steal’ was well received, and with strong reviews from Kerrang, Metal Hammer, Terrorizer, Zero Tolerance and Metal Temple, the first physical press completely sold out. The band continued to tour the UK in support, playing Bloodstock Festival and later on alongside Dragonforce, Absolva, Savage Messiah, Fallen Fate, Arthemis and Falling Red, culminating in a show stopping performance at Hammerfest 2014, on a bill that featured Overkill, Kreator, Grand Magus and many more.

Catch Death Valley Knights this Summer at one of the shows below.