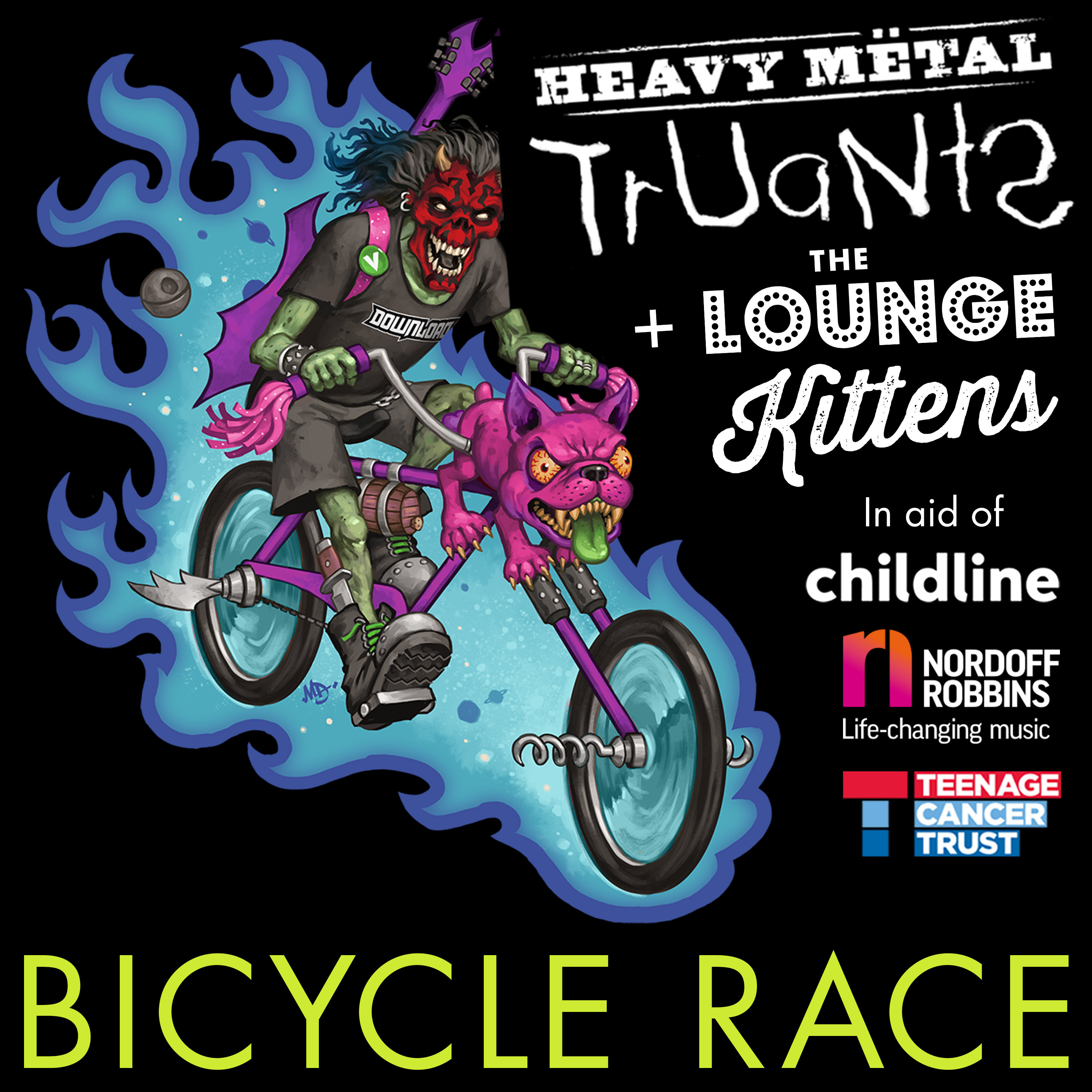 To kick off their week of fundraising, The TROOPER Heavy Metal Truants announced titular sponsorship from the award-winning TROOPER Premium British Beer created by Iron Maiden and hand crafted by Robinsons Brewery.  They have also teamed up with longtime supporters and rock/metal cabaret sensations The Lounge Kittens to record a charity single, which sees this year’s cyclists adding their vocals to a cover of Bicycle Race, by Queen. The single, which was mixed Olli Daffarn at Blue Dot studios, will be available via Amazon and other online retailers, and it will be followed by the launch of the Monster Rock Auction on June 6th at 6pm (6/6 @ 6).

“We had such a great time recording Bicycle Race with our enthusiastic singers,” says pink-haired Lounge Kitten, Zan. “This song is HARD and the Truants choir absolutely NAILED their vocals. A massive thank you to everyone that gave their time for free to support these great charities.”

Featuring high-end items personally donated by the world’s biggest bands, the auction will be staggered, and the first round of items will include a bass guitar donated by Geddy Lee of Rush, handwritten Livin’ On A Prayer lyrics written by Jon Bon Jovi, rare original and signed Grateful Dead artwork, a signed Metallica Les Paul guitar, and a rare original oil-on-canvas portrait of The Beatles’ George Harrison by famed pop and rock artist Barry Novis. A second and even larger lot is to be announced on July 4th.

“This is all about community and doing some good in the world,” says Smallwood. “It’s that sense of community that’s at the core of heavy metal culture, and it’s also been key to the success of the Heavy Metal Truants, because people at every level of our world have truly pulled together to make this happen.”

“In five short years, the Heavy Metal Truants has truly taken on a life of its own,” adds Milas. “From our 164-mile battle with the hills and the heat next week, to our first-ever charity single, to a truly one-of-a-kind memorabilia auction, it’s testament how metal fans respond when they see good causes worth fighting for. Please help us spread the word, and help support these charities who do such inspiring work every single day.”

FOR MORE INFO AND TO DONATE, HEAD TO: http://www.heavymetaltruants.com

GET THE HEAVY METAL TRUANTS VS. THE LOUNGE KITTENS COVER OF BICYCLE RACE HERE: http://smarturl.it/bicyclerace