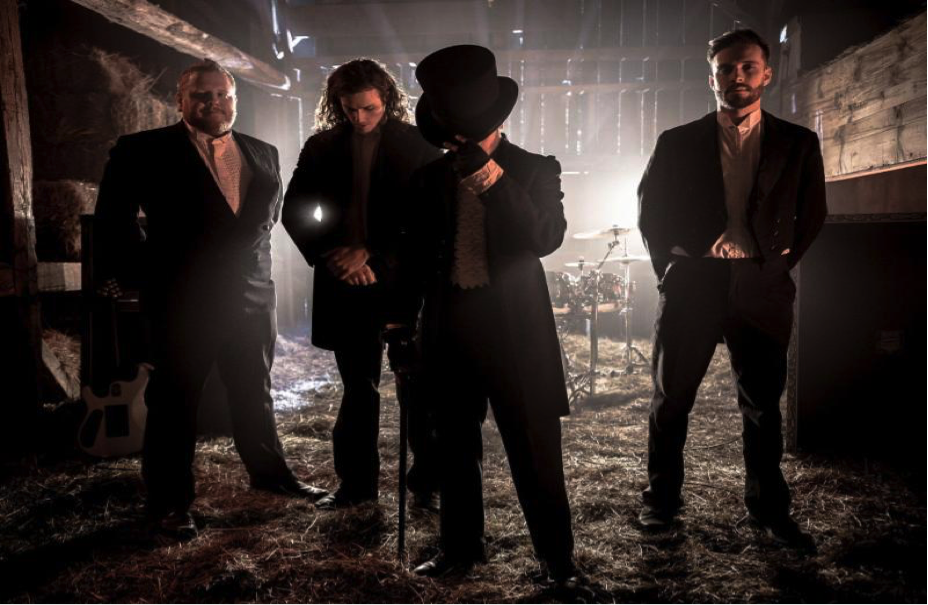 Ice Nine Kills have revealed a chilling lyric video for their brand new song “Enjoy Your Slay”, based on the Stephen King novel, ‘The Shining’, which celebrates its 40th anniversary this year.

Check out the video here: https://youtu.be/YmWXphhG3SU

The band handed creative control to their fans when writing the track, asking them to choose which novel would inspire the final song from the “Every Trick In The Book” era.

Frontman Spencer Charnas explains: “With every song on the last album being inspired by a famous novel, it wasn’t long after its release before fans began requesting us to create more music based on literature. When it came time to choose which book would be the basis for the final chapter of our album cycle, we decided to put the choice in the hands of our fans by having them vote between the two most requested novels, ‘The Shining’ and ‘Psycho’.”

He continues: “It was a close race, but Stephen King’s classic tale of the Overlook Hotel’s winter caretaker and his descent into madness emerged as the victor. Being huge fans of not only the novel, but also of Stanley Kubrick’s brilliant film adaptation, we knew in order for the song to work we would need to capture the unnerving isolation and traumatizing scenes of horror that occurred on those 447 pages and 144 minutes of film.”

The new track features guest vocals from Shields vocalist Sam Kubrick, who has an incredible connection to the story:

“As a special treat for fans of the story, we were able to secure an unbelievable guest vocal appearance on the track by none other than Sam Kubrick, Stanley Kubrick’s grandson,” Charnas enthuses. “On our tour of the U.K. last fall, we became great friends with his band Shields, whose technical prowess and dynamic songwriting blew us away. Being a big fan of their band and Sam’s vocals, we knew his inclusion on the song would provide a strong connection to the story’s legacy. His performance undeniably adds a layer and depth to the composition that is truly chill inducing.”

30 May | Bournemouth, The Anvil
31 May | London, The Underworld (supporting I Prevail) SOLD OUT   ICE NINE KILLS – Spencer Charnas (Vocals), Justin “JD” deBlieck (Guitar), Justin Morrow (Bass), Conor Sullivan (Drums) – Through the art of intricate songwriting and elaborate story telling, Boston MA’s Ice Nine Kills have the ability to engage and captivate listeners, winning over a fanatical legion of followers across the nation. The drive and dedication of Ice Nine Kills has made a lasting impression on fans both sonically and through their explosive live show, creating a kinetic energy through each performance. Armed with a new collection of songs, Ice Nine Kills stand poised for their biggest chapter yet. The band’s latest release, Every Trick In The Book, debuted at #1 on the Billboard Heatseeker’s Chart and sold over 7,000 copies in its first week.
“Every Trick In The Book” is available on iTunes.
iceninekills.com
facebook.com/iceninekills
twitter.com/iceninekills