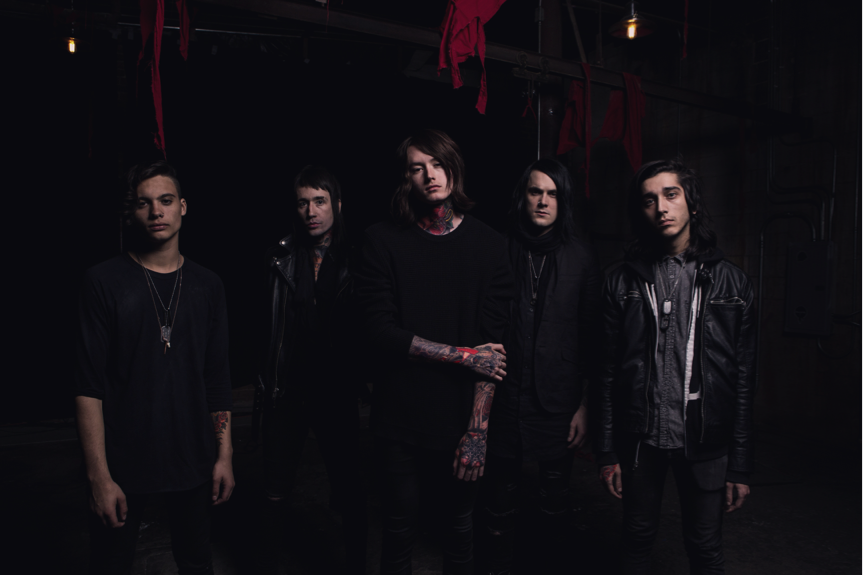 Los Angeles quintet BAD OMENS have announced their first ever tour of the UK.

Having amassed a die hard following in the US through tours with Asking Alexandria, Born Of Osiris, Veil Of Maya, Upon A Burning Body, Attilla and New Years Day, BAD OMENS will finally bring their exciting mix of melodic metalcore, eclectic electronics and sweeping soundscapes to the UK next month.

“We can’t wait to perform overseas for the first time and meet all of our international fans – especially the ones that have been actively supporting us online since day one, and waiting so patiently for us finally make it over,” declares frontman NOAH SEBASTIAN. “We’re gonna make it worth it.”

BAD OMENS crashed onto the scene with the 2016 release of debut single ‘The Worst In Me’, which garnered 860,000 views in its first month alone. A year later to the very day, it’s fast approaching 2.5 million views. Check it out here: https://youtu.be/cFWeW1pBYkM

Details of the official UK release of their self-titled debut album via Sumerian Records will be revealed soon.