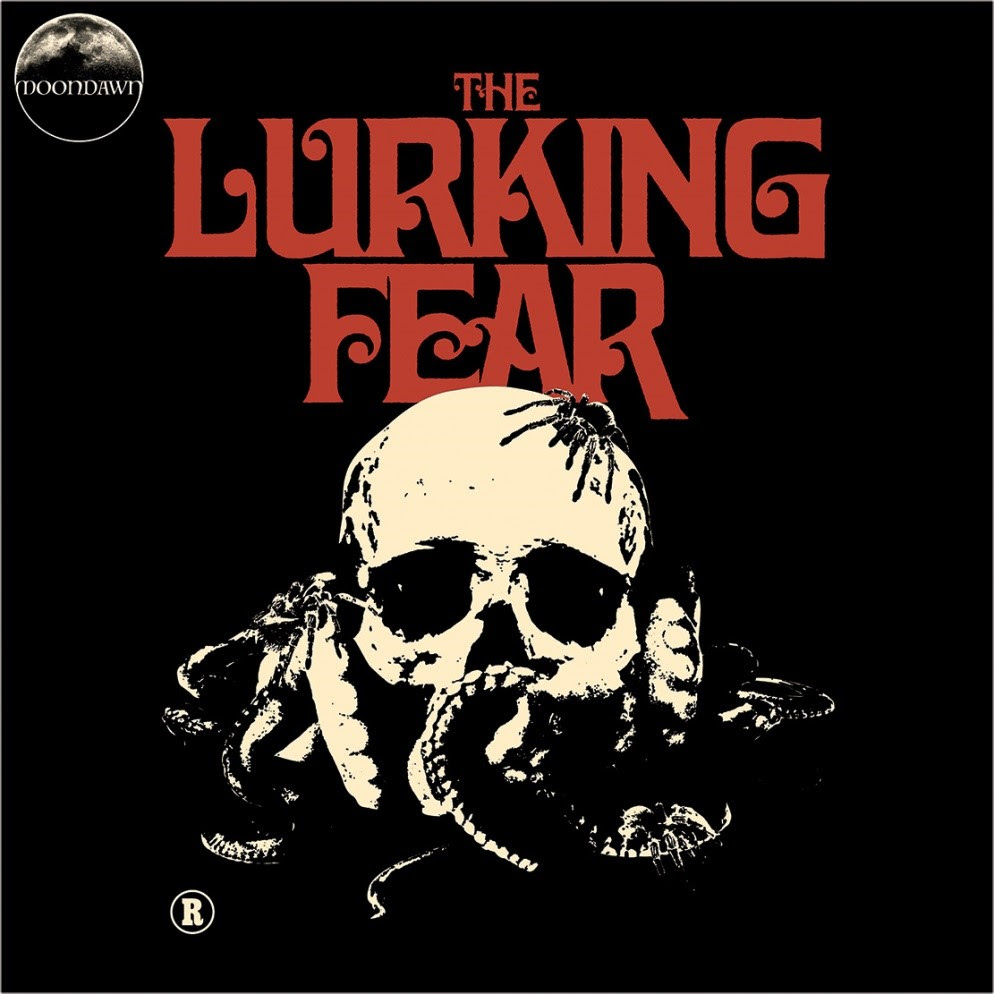 While Swedish Death Metallers The Lurking Fear continue working on their debut album, expected to be released in the late summer via Century Media Records, the group is now launching a first video teaser, containing first music samples for their upcoming 7” EP (Cover artwork shown above!).

Check it out here: https://youtu.be/CC0G7HSzjKE

The band checked in with the following comment: “Finally unleashed upon an unsuspecting mankind. The Lurking Fear rears its ugly head. The first three songs of death metal filth are soon to be released on the self-titled EP, out on Moondawn Records. The EP was recorded and mixed at Welfare sounds studios in Gothenburg early 2017, produced by Per Stålberg. The EP features the songs “Tongued In Foul Flames”, “The Infernal Dread” and “Winged Death”. Cover artwork by Branca Studios and special handlettering by Fenriz (Darkthrone). Pre-order starts May 8th at www.moondawn.se”

The Lurking Fear consists of:

Citing common inspiration by bands like Autopsy, Possessed, early Death, Repulsion, early Morbid Angel, Slaughter, Bathory, early Slayer or also Master/Death Strike, are not just another retro all-star project, but a real band of five Death Metal lifers, who organically got together in order to celebrate the Metal breed closest to their roots as well as their hearts. More details about the band’s upcoming debut album will be revealed soon.