Aussie genre shapeshifters Twelve Foot Ninja have announced that Uneven Structure will support them on their upcoming April tour. The seven-date run will be Twelve Foot Ninja’s first headline tour of the UK, following whirlwind tours of the US and Australia.

This tour includes shows at Birmingham’s Mama Roux’s (which was upgraded after previously selling out The Rainbow Complex) and The Underworld in London, both of which have now SOLD OUT. Additionally, VIP upgrades are now available for all dates. VIP packages include a meet and greet with the band, exclusive VIP laminate, a T-Shirt and signed tour poster, and can be purchased at www.terrificticketing.net

Arguably one of the most innovative heavy bands in the world today, with their unique blend of hard rock and other genres rarely associated with head banging, Twelve Foot Ninja are best understood from the moshpit.

For a taste of what to expect, check out this previously unseen live footage of ‘Collateral’ from Twelve Foot Ninja’s recent show in Sydney: https://youtu.be/0Df6Bw4uvh4

The last remaining tickets are available at twelvefootninja.com/shows – you do not want to miss this!
Twelve Foot Ninja
OUTLIER Tour 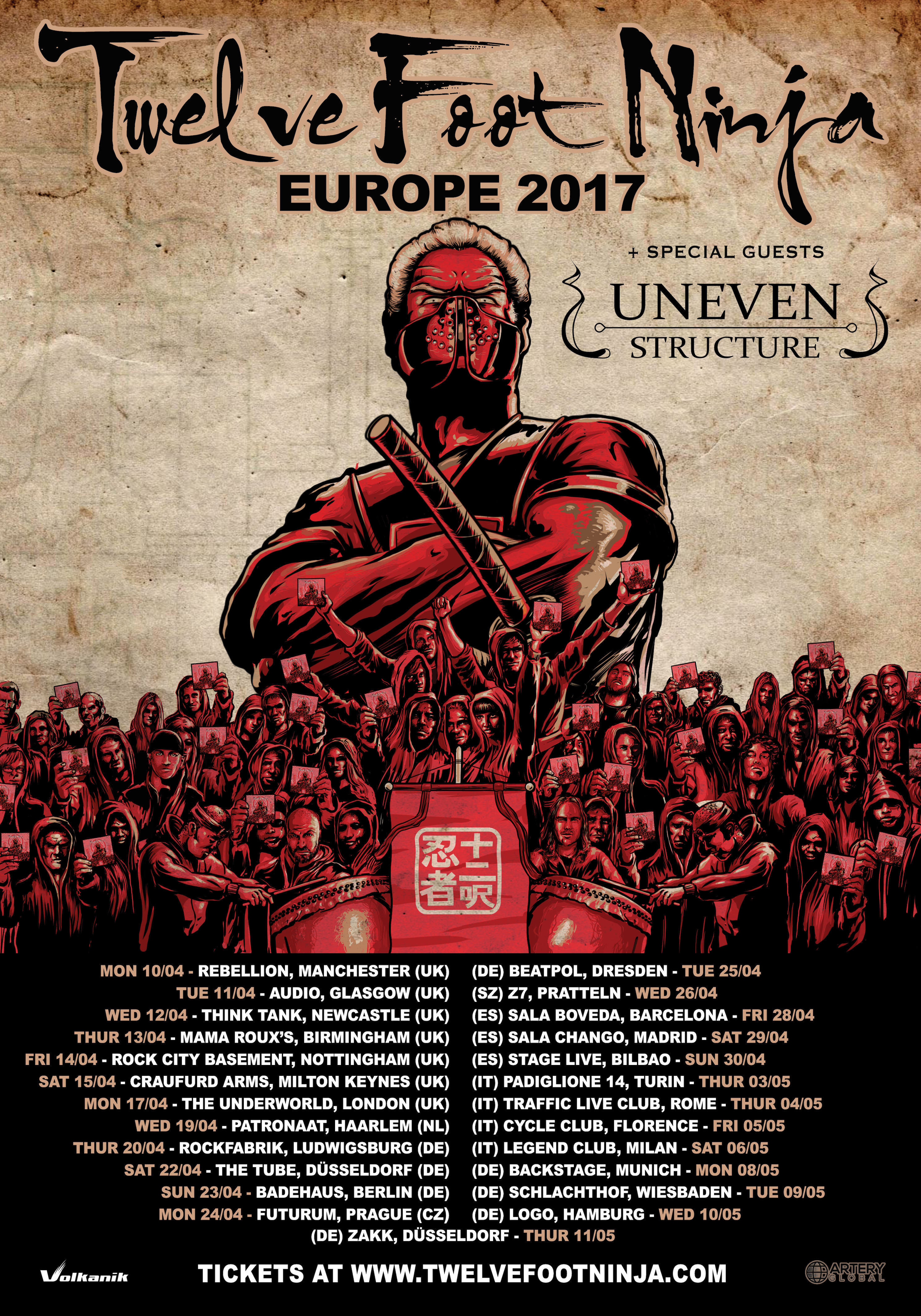