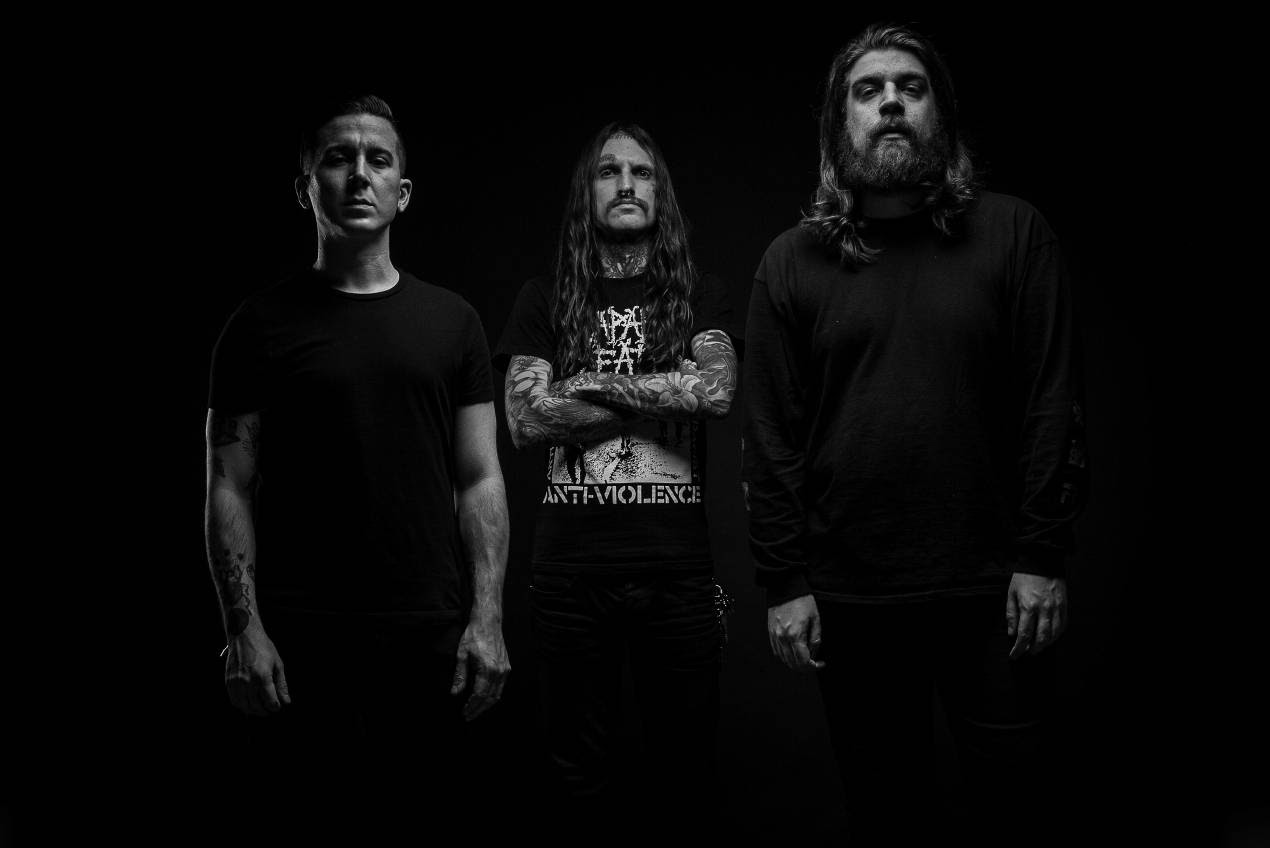 Hailing from Berlin, but with their roots in Spain and Italy, the three-piece IMPLORE have gained a strong following within the extreme metal scene since the band formed in 2013 in Hamburg, Germany. Hard working and dedicated since day one IMPLORE have released several EPs and demos as well as the critically acclaimed debut full length album “Depopulation” (Pelagic Records, 2015). With over 200 live shows all over Europe, North and South America as well as major festivals shows (Summer Breeze, Party.San and many more) IMPLORE’s name has widely spread among fans of brutal death metal, grindcore, hardcore and crust punk. Although IMPLORE’s sound is often labeled as death metal, the band’s talent to entwine elements from different genres into their sound has opened doors to different scenes, attracting open-minded fans of all kinds of extreme music.

“Subjugate” the second album of the band – and the first one for their new label home at Century Media Records – now reaches for new horizons. With a more focused approach, more elaborated songs, a stronger sound and a lot of experience, IMPLORE are well prepared to take the world by storm.

“Subjugate” is going to be released on September 22nd 2017 in cooperation with the band’s former label Pelagic Records.