“Britain’s in a slump and the kids are numb, they feel like they’ve got nowhere to go,” says James Watkins, one fourth of hotly-tipped indie-punk genre-smashers BLACKWATERS. “We’re slaves to our screens, we’re victims – that’s why kids are into dumb drugs and dumb sh*t, and they’ve got no way to express it. F*ck Yeah is a reaction to that.”

Following on from strong support from Radio 1, Radio X and more, Guildford’s guitar-smashing answer to 2017 have released a ruthlessly catchy, fist-in-the-air party-tune produced by The LIbertines’ Carl Barat and sometime Prodigy co-writer Ollie Burden, and it’s got a serious message about the youth of today. With a slew of live dates as well as a strong run of summer festivals (with more to be announced), now’s the time to see them bring the house down with their infectious brand of snot-nosed fury.

May 20th – The Great Escape, Brighton 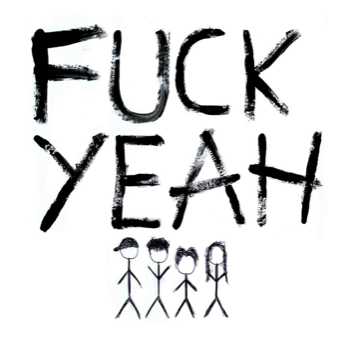 BLACKWATERS are conjuring the spirit of ‘76 through a beat-up amp and a sardonic worldview. They’ve worked with everyone from Carl Barât (The Libertines), to Spike Stent and sometime Prodigy co-writer Olly Burden and they’re showing no sign of slowing down.

Performing on the BBC Introducing Stage at Leeds Festival & supporting the likes of SWMRS & DMAs last year, the band look to make 2017 theirs as they release a track that’s begging to be turned up to 10.