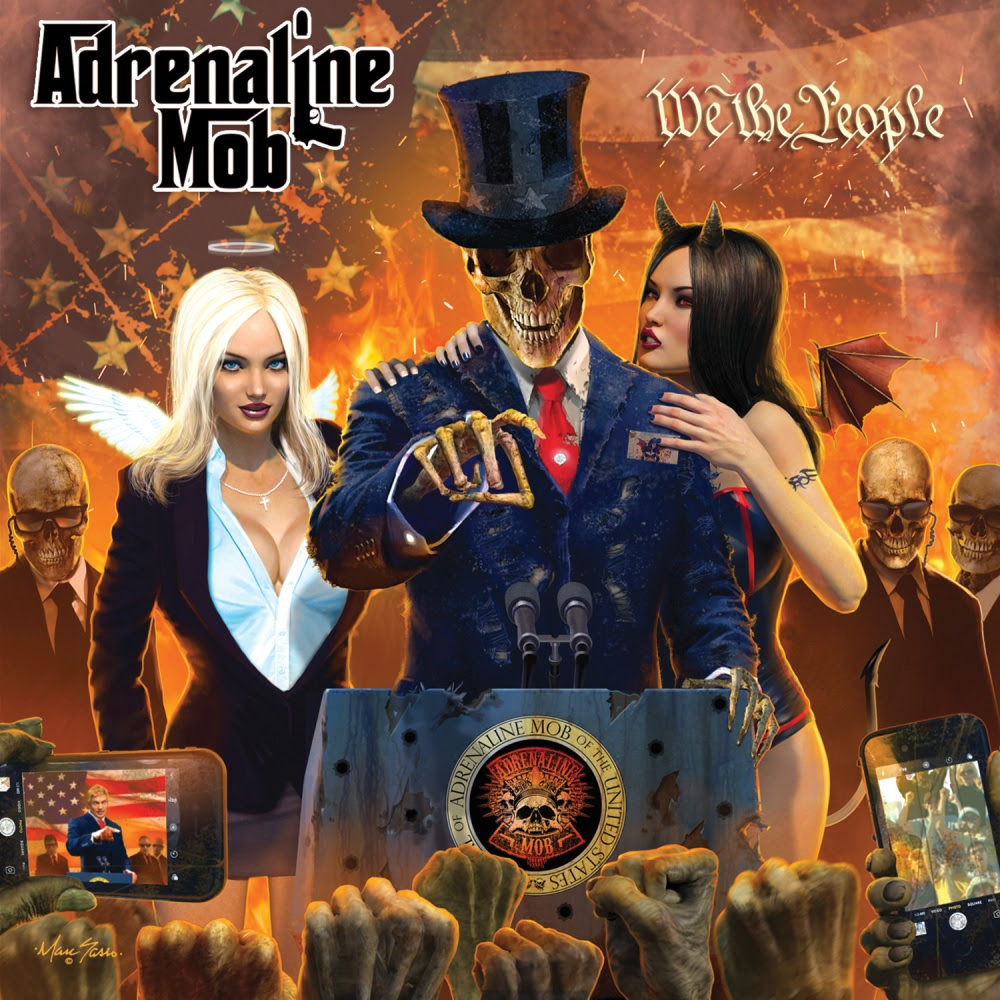 New York based Hard Rock veterans ADRENALINE MOB have announced their upcoming third studio album, We The People, which will be released June 2nd on Century Media.

The new record is the follow up to 2014’s ‘Men of Honor’ and will be the first to feature new drummer Jordan Cannata, as well as new bassist David Zablidowsky (of Trans Siberian Orchestra). Earlier this month, the band announced the addition of Cannata by sharing a video of the drummer exhibiting his phenomenal talent and swagger behind the kit, which can be viewed via the link below.

‘We The People’ will be available for purchase as a Special Edition CD Digipak, Gatefold 2LP+CD, and on all standard digital and streaming music platforms.

In addition to the release of ‘We The People’, ADRENALINE MOB will soon announce a World Tour which will commence in June; coinciding with the release of the album.

As the title, ‘We The People’, indicates there’s a political side to ADRENALINE MOB. Throughout their years as a musicians and songwriters, they hadn’t stayed silent on matters significant. Whether they were masked in metaphor or flatly conspicuous, they’ve always poured their feelings into song. It was, as Orlando puts it, a form of catharsis. So, as they were watching the presidential campaigns, feeling the negativity—the constant bickering and finger pointing—they knew ADRENALINE MOB’s next venture would be impacted. In fact, the first song Orlando began writing for ‘We The People’ was the politically-charged rocker ‘Blind Leading the Blind’. “The title track is very much inspired by the past election year,” confirms Allen. “It touches on our society, here in America. The album title is a reflection of our times. The songs have certain particular stories that stand on their own. Many of them are also driven by the climate we live in today & some are about having a good time, being free & loving rock n roll. All the tracks have a personality and character to them.”