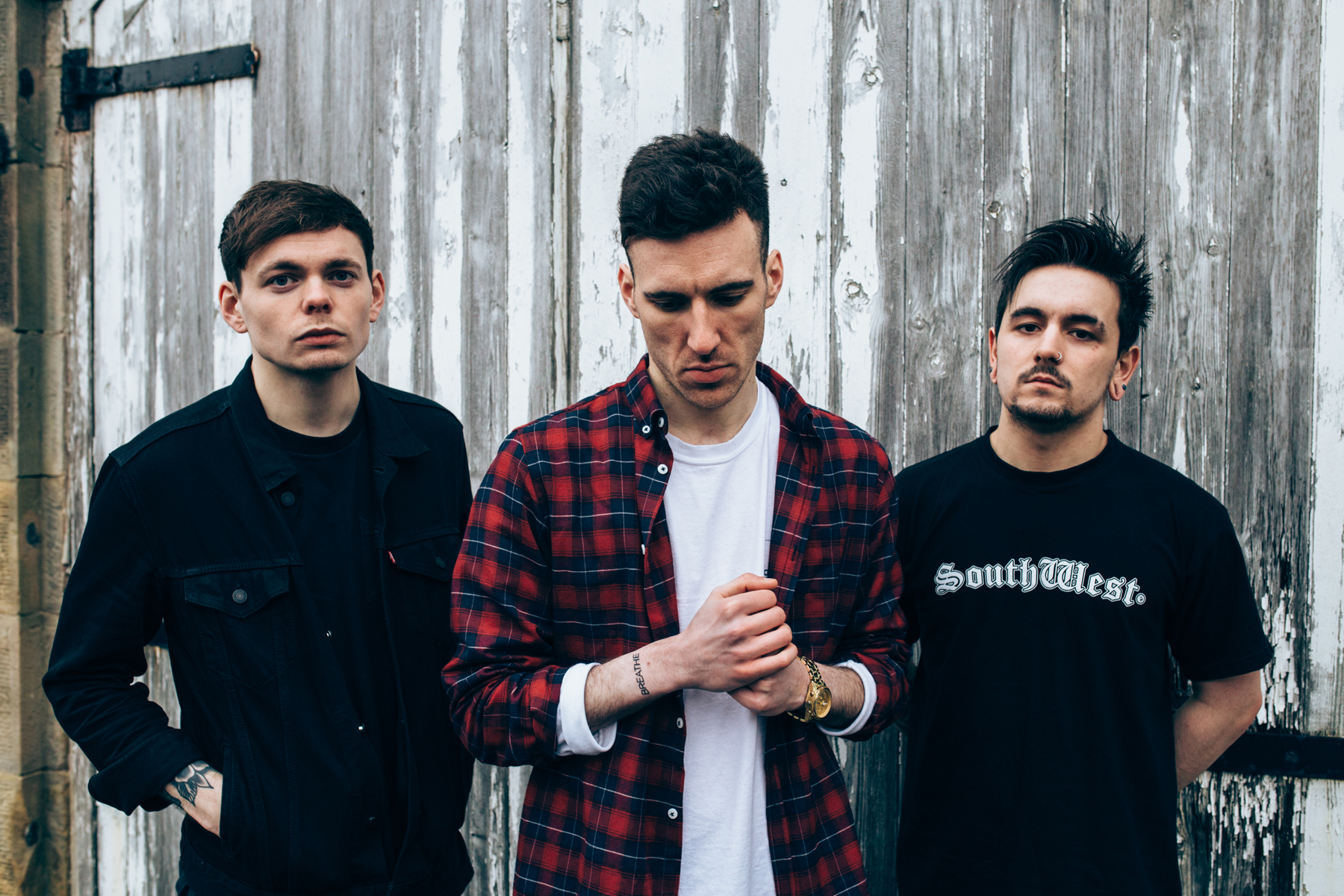 Harrogate hardcore heavyweights Blood Youth have revealed new track ‘I Remember’, from their highly-anticipated debut album ‘Beyond Repair’, due out on 7th April 2017 via Rude Records.

Vocalist Kaya Tarsus explains about the track: “When I wrote the lyrics for I remember, I was thinking about what it would be like to have a conversation with my younger self and what we would say to each other. I used to get very frustrated and I would blame myself for being unprepared for what life was throwing at me, it took a while for me to realise that in reality we all just go with the flow. Life is something you have to figure out on your own. Musically, A lot of our hardcore influences come out in this track, probably one of the heaviest riffs we have written, so we’re all really looking forward to playing it live!.”

Following critically acclaimed EPs ‘Inside My Head’ and ‘Closure’, Blood Youth’s debut full-length ‘Beyond Repair’ sees the trio expand their arsenal across an album.

“These songs are about how we deal with anger in the modern age,” reveals Tarsus. “When I was writing the lyrics I became fascinated with heartbreak and how everybody deals with this trauma in their own way. Many tend to numb the pain in an attempt to forget, instead of facing it head on, this is something I am guilty of myself. We were aiming to create something very aggressive but very real. With Beyond Repair, I believe we have achieved just that.” 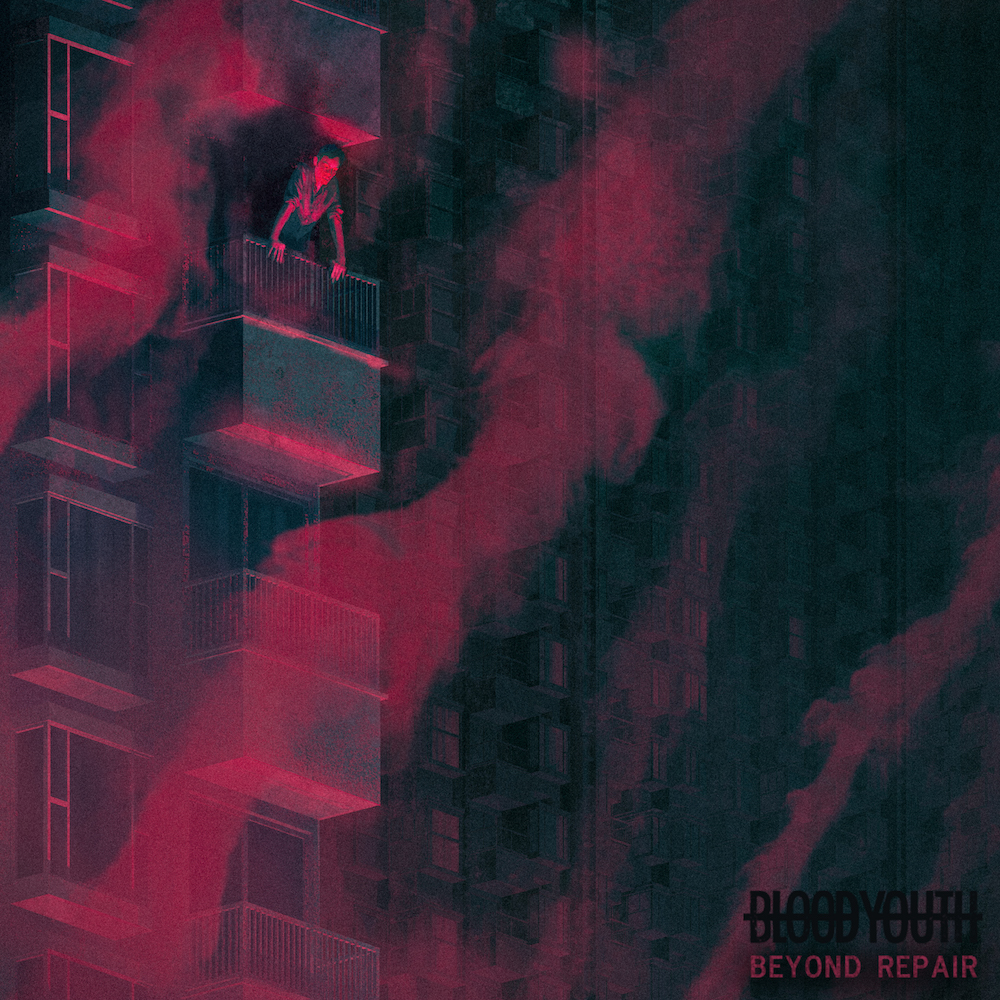 To celebrate the release of their debut album, Blood Youth will be headlining three special release shows in April at venues across the UK, where they will be joined by Loathe and Holding Absence.

Blood Youth have also been confirmed to play at the following European festivals this year: 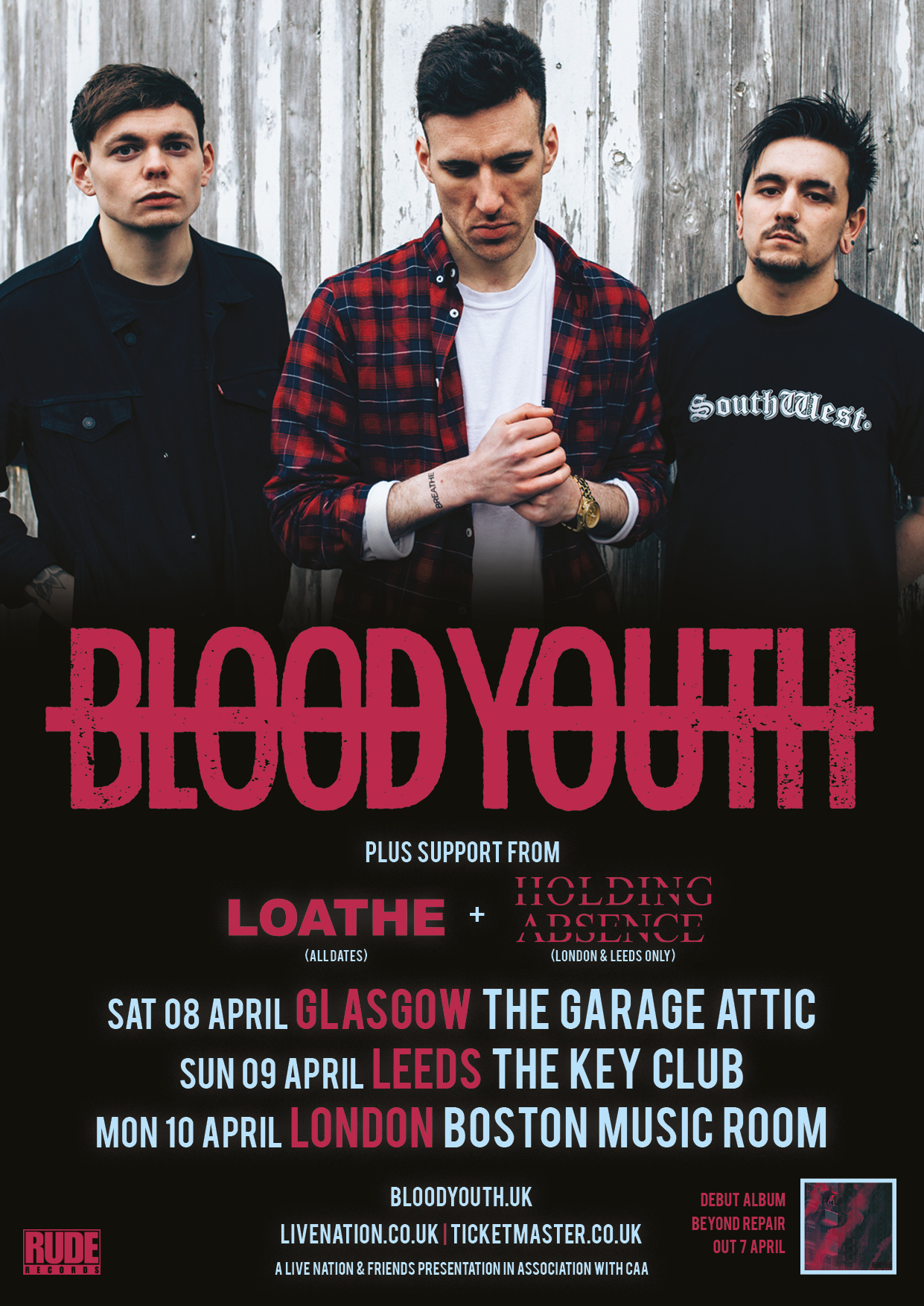 About Blood Youth   Harrogate heavyweights Blood Youth began life in late 2014, intent on channelling their collective fears and frustrations about unstable futures the only way they knew how: into music. The band have released two EPs: ‘Inside My Head’ (2015) and ‘Closure’ (2016), each showcasing the band’s talent for striking a compelling balance between fury and vulnerability.   Since their inception, Blood Youth have focused considerable energies on the road, with stints throughout Europe supporting Silverstein, While She Sleeps, Architects and Beartooth under their belts, in addition to two UK headliners. They have also amassed festival slots at the likes of Download, Hevy, Camden Rocks, Ghostfest, Y Not, Destruction Derby, Butserfest and 2000 Trees. Summer 2016 saw the release of a limited edition double vinyl, collecting their discography to date, and marked by rapturously received slots at the Slam Dunk festivals and on the road supporting Every Time I Die.   With their debut full-length album ‘Beyond Repair’, Blood Youth are preparing to get real… real angry.
Hailing from Harrogate, UK, Blood Youth are:
Kaya Tarsus – Vocals | Chris Pritchard – Guitar | Sam Hallett – Drums