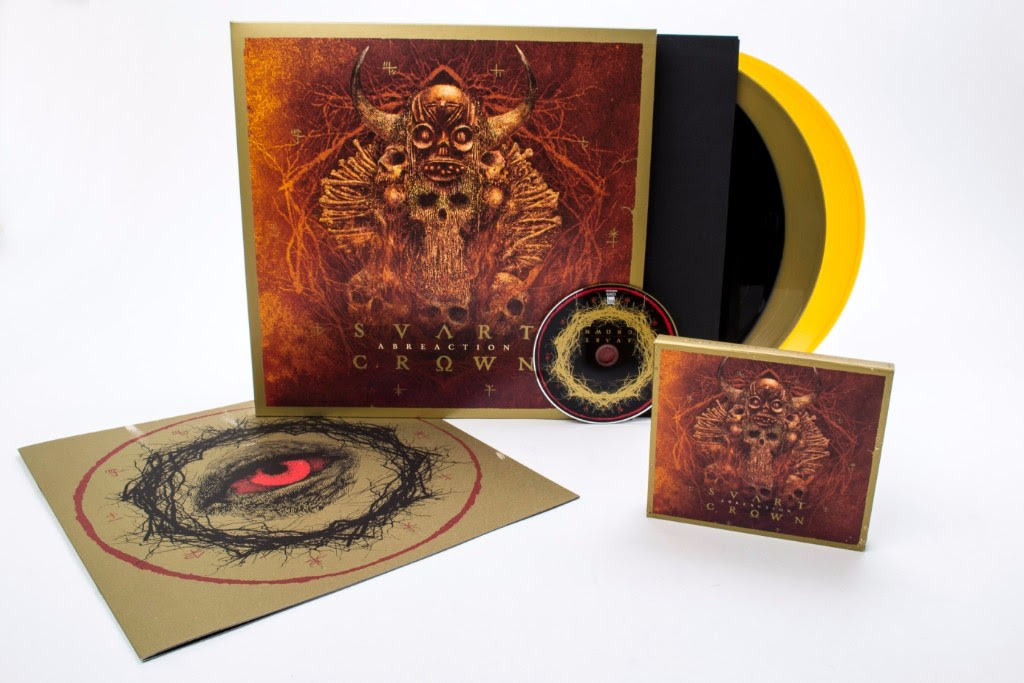 Only one more week until SVART CROWN’s brand new album “Abreaction” will be released through Century Media Records on 3rd March 2017. The tracks “Transsubstantiation” and “Khimba Rites” have already been made available. Today the band have dropped new song “Orgasmic Spiritual Ecstasy”, the third new track from “Abreaction” and another impressive demonstration of power.

“Abreaction” is not your usual easy-listening album. It’s a beast of an album, an abhorrent creature of tremendous dimension, offering 11 tracks of twisted riffs, spectral melodies, infernal voices and orgiastic rhythms, played with highest musical skills and a flawless production. A wild hunt through the vast fields of epic, exalted and extravagant extreme metal.

“Abreaction” will be released in Europe on March 3rd as a limited Deluxe CD Digipak (unfolding into cross-shape) and limited LP version with gatefold sleeve, 180 g vinyl and a 12-page LP-booklet plus the entire album on CD.