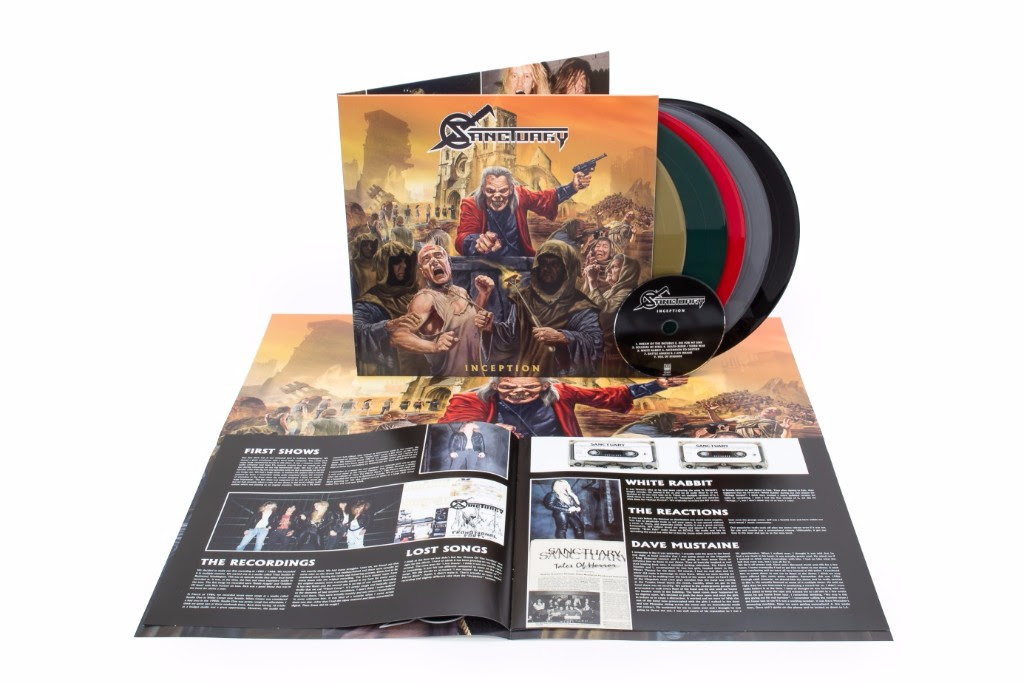 Today, Century Media Records and legendary US metal act SANCTUARY celebrate the release of “Inception”, a collection of presumed lost 1986 studio recordings, which have been restored, remixed and remastered by Zeuss (Queensrÿche, Hatebreed). “Inception” also offers an arsenal of previously unseen visual material and detailed liner notes allowing you to dig deep into the earliest chapter of the band’s history.

Guitarist Lenny Rutledge comments:
“Finally after 30 years proper versions of these recordings will be released. There was an extensive  effort put into this project to bring a KILLER package to all of our fans. We are excited to finally share this with all of you.”

An ongoing series of clips revealing more insights into “Inception”, memorabilia and gear from the era can be seen here: http://smarturl.it/InsideInception

“Inception” is available as Gatefold LP with a 12-page LP-sized booklet, poster plus the CD as additional extra as well as Special Edition CD Digipak (international version), jewel case CD (USA), and digital album. Both CD formats include a 28-page booklet.

The material on “Inception” was recorded in March of 1986 (“Soldiers Of Steel”, “Battle Angels”) at Triad Studios in Redmond, Washington and Studio One in White Center between April and July 1986 offering unreleased highlights such as “Dream Of The Incubus” and “I Am Insane” as well as classic “Refuge Denied” songs.

The previously launched lyric video for “Dream Of The Incubus (Demo 1986)” can be viewed here: https://youtu.be/Zw2Y4VE40Ec

With several festivals already booked for this year, a new album in the works, and “Inception” released, 2017 shall be the year when past and future of SANCTUARY unite. Look forward to the next assault of the soldiers of steel!