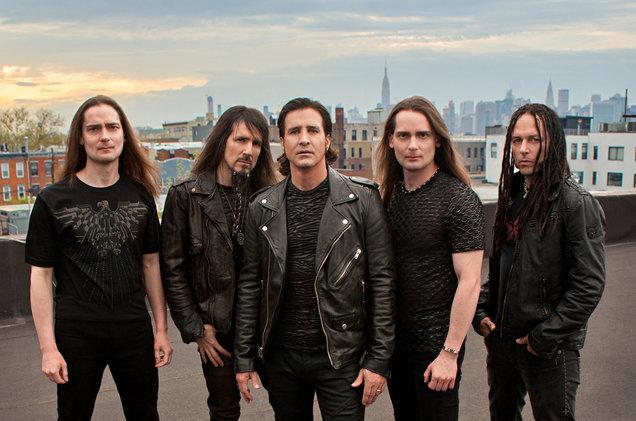 Today, ART OF ANARCHY have launched a lyric video for the gripping track “No Surrender,” which is also the instant-grat track, along with “The Madness” is available on digital pre-order now.

Check out the lyric video for “No Surrender” here:
https://youtu.be/2SXoSuK59gs

Stapp states: In ‘No Surrender,’ I addressed those moments in life where you’ve reached a personal crossroads or crisis. That place where your back is against the wall and your left with two choices; cave in and crumble allowing whatever circumstance to break you forever, or to rise up and fight through holding on to that never give up spirit that lies deep within. I detail in the verses personal experiences, as I lived them, that have taken me to that critical place of choice. Am I to give up, stay down and fade away or get up, fight on and never surrender.”

ART OF ANARCHY is one of the rare rock bands where each member has a strong identity, and together creates something special. No filler, just raw talent, and dedication to the music and being true to who they are. The members have collectively sold tens of millions of albums worldwide and have a rock pedigree that most artists would be content to rest their laurels on. But while AOA possesses the star power of a rock “super group” in spades, the band’s focus is squarely on songwriting and musical craft.