British alternative rockers Youth Killed It have released a new song titled ‘(Jean-Claude) Van Mann’ – the second to be taken from their upcoming debut album “Modern Bollotics”, due out on 12th May 2017 via Rude Records.

Check out the crazy animated video for ‘(Jean-Claude) Van Mann’ at the below link:

“(Jean-Claude) Van Man is a tune about getting knocked back and thrown around by doing music. Sometimes it’s up, sometimes it’s down and sometimes you generally think ‘what’s going on here?’. Then it all comes down to the fact that we don’t know how to do anything else and we are proud of that. It’s a fun way of dealing with probably some form of denial. The song is literally written about the last 5 years of my life driving a van and working/playing shows and being another one lost in the yellow pages under self-employed tradesmen. Jean-Claude Van Damme taught me everything I needed to know about how to deal with road rage, so it seemed fitting to tribute it to my subconscious mentor. Thank you for ‘Blood Sport’ & ‘Kickboxer’ Jean!”

Youth Killed It’s debut album “Modern Bollotics” is charged with strong bass lines, crisp guitar sounds and heavy drums that recall funk and hip-hop. A musical recipe guaranteed to leave you with earworms that’ll be stuck in your head for days, along with the uncontrollable urge to move! 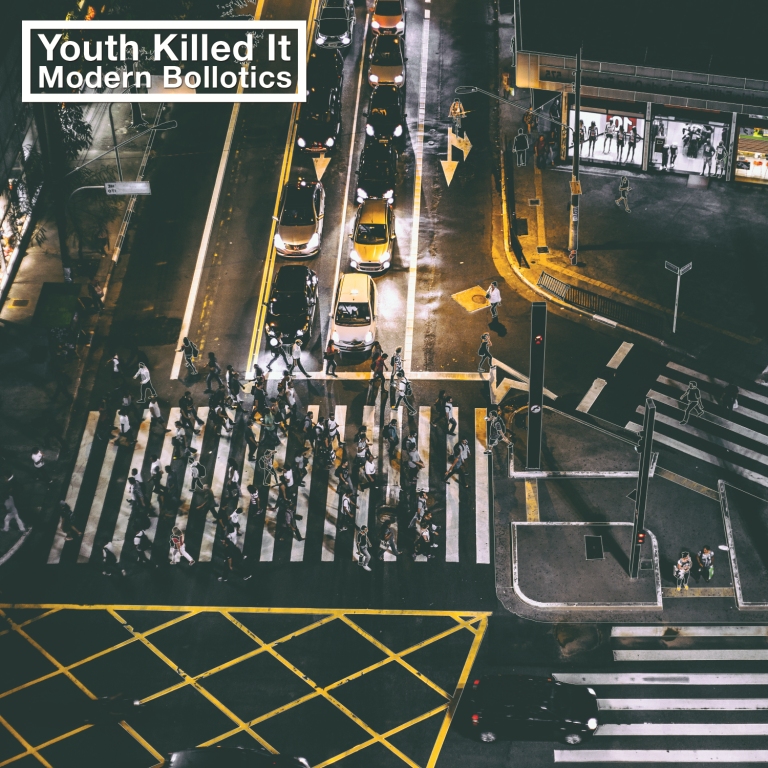