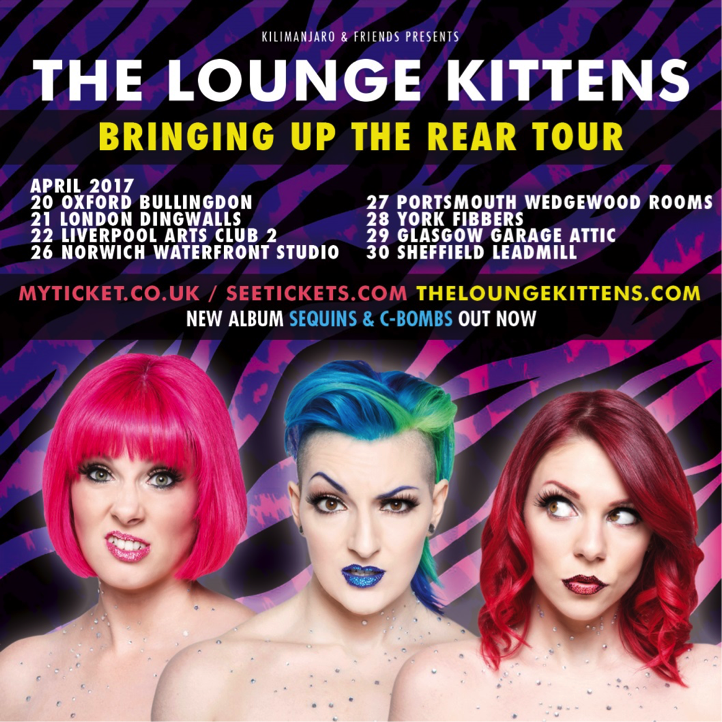 Following on from their headline tour in October, which saw them sell out four shows, including London’s iconic 100 Club, everybody’s favourite not-so-guilty pleasure announce they’re hitting the road again in April.

Their debut album ‘Sequins & C-Bombs’ features a whopping 15 of their humorous, entertaining and technically challenging covers and stormed into the UK charts on its release last September. The compilation of tracks sees the girls tackle even more genres than before as they take on everything from Rammstein to Usher, passing briefly through Mumford & Sons and culminating in their first collaboration with a big band sound for Marilyn Manson’s ‘The Beautiful People’ and their now infamous Prodigy medley ‘Smack My Firestarter to Outer Space’.

These girls are no strangers to hard work, finishing their 2016 opening for the legendary Status Quo on their ‘Last Night of the Electrics’ tour and once again proving themselves arena-worthy as they conquer London’s O2. And 2017 seems to be no exception as the foxy felines are eager to get back out on the road again. “We’re never happier than when we’re out playing shows” Zan, the Pink one beams. “This is what we’re here to do and our fans let us know we missed a few spots on the last tour so hopefully we can have a few more memorable nights in April.”