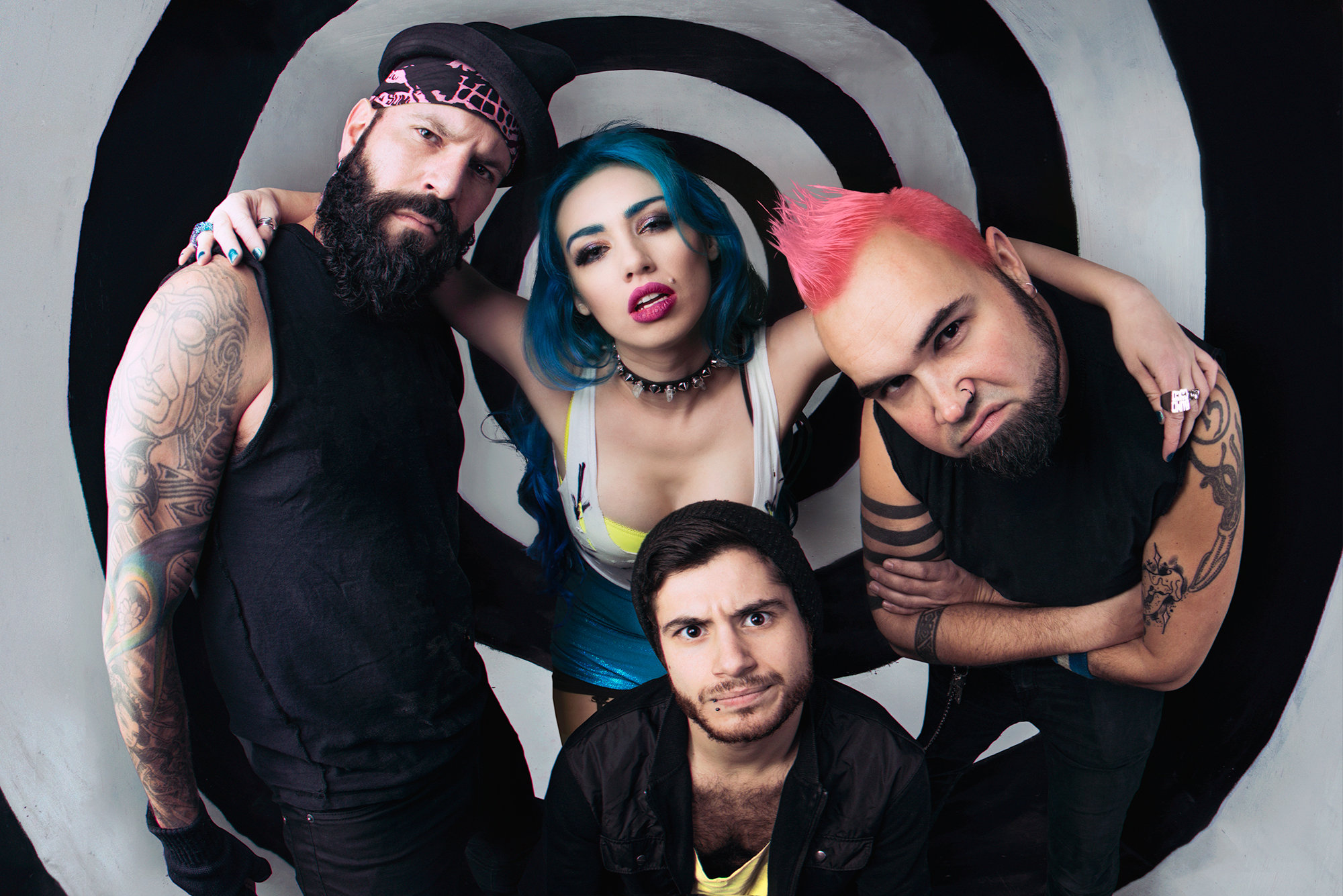 Canadian punk-metallers SUMO CYCO have released a video for their brand new track ‘Move Mountains’ featuring SKINDRED’s Benji Webbe. The song is taken from the band’s upcoming sophomore album ‘Opus Mar’, which is set for release on 31st March 2017.

“As a band that formed after being inspired by ‘Babylon’ by Skindred, it’s absolutely surreal to have collaborated on a song with Benji Webbe,” says frontwoman Skye ‘Sever’ Sweetnam.“Back in 2015, our UK tour ended in Wales. I knew we were going to be close to Benji’s hometown of Newport, so I asked if he’d be down with us coming to film a music video for “Move Mountains”. Not only did Benji invite us to film at Dub War’s rehearsal space, but he took us out for drinks to the local pubs and we had the best night. This is how we experienced meeting one of my all time favourite vocalists –
INSANE!!”

Sever says: “I Facebook stalked producer James ‘LeRock’ Loughrey after “Ninja” by Skindred was released. I invited him to come see us play the first time we played London in 2014. Luckily he came and liked what he saw, because a year later we were in the London countryside recording “Move Mountains.”

Check out the artwork and tracklisting for ‘Opus Mar’ below. 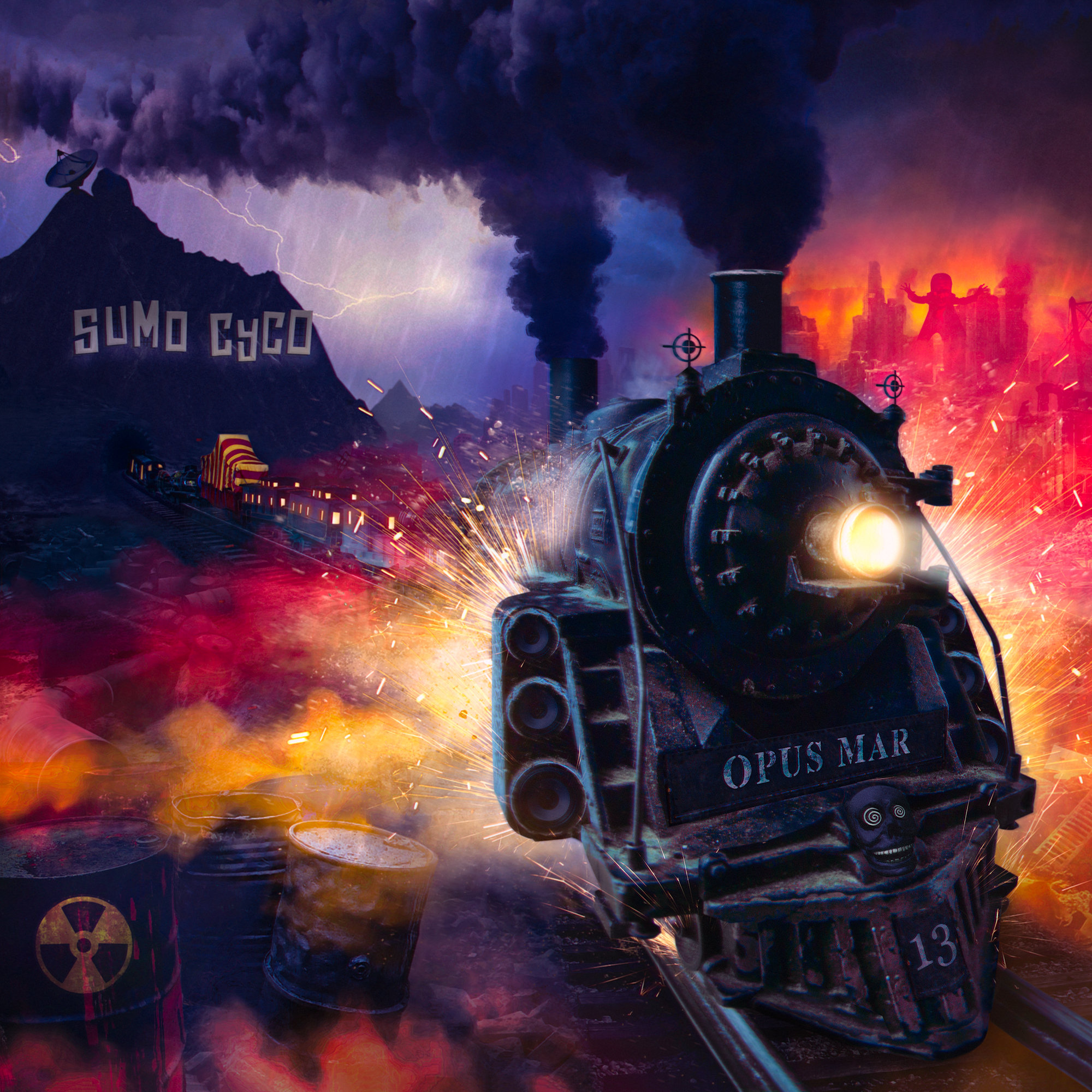 SUMO CYCO will embark on their first co-headline tour of the UK in March 2017 with New Zealand alt-metallers DEVILSKIN and their first headline gig in Hull, UK, with a European tour supporting (HED)P.E thereafter.

“We honestly can’t believe the amazing response we’ve been getting from the UK audience. We’re so stoked to be able to invade again, the band is ready to rock some new tunes and take names!” 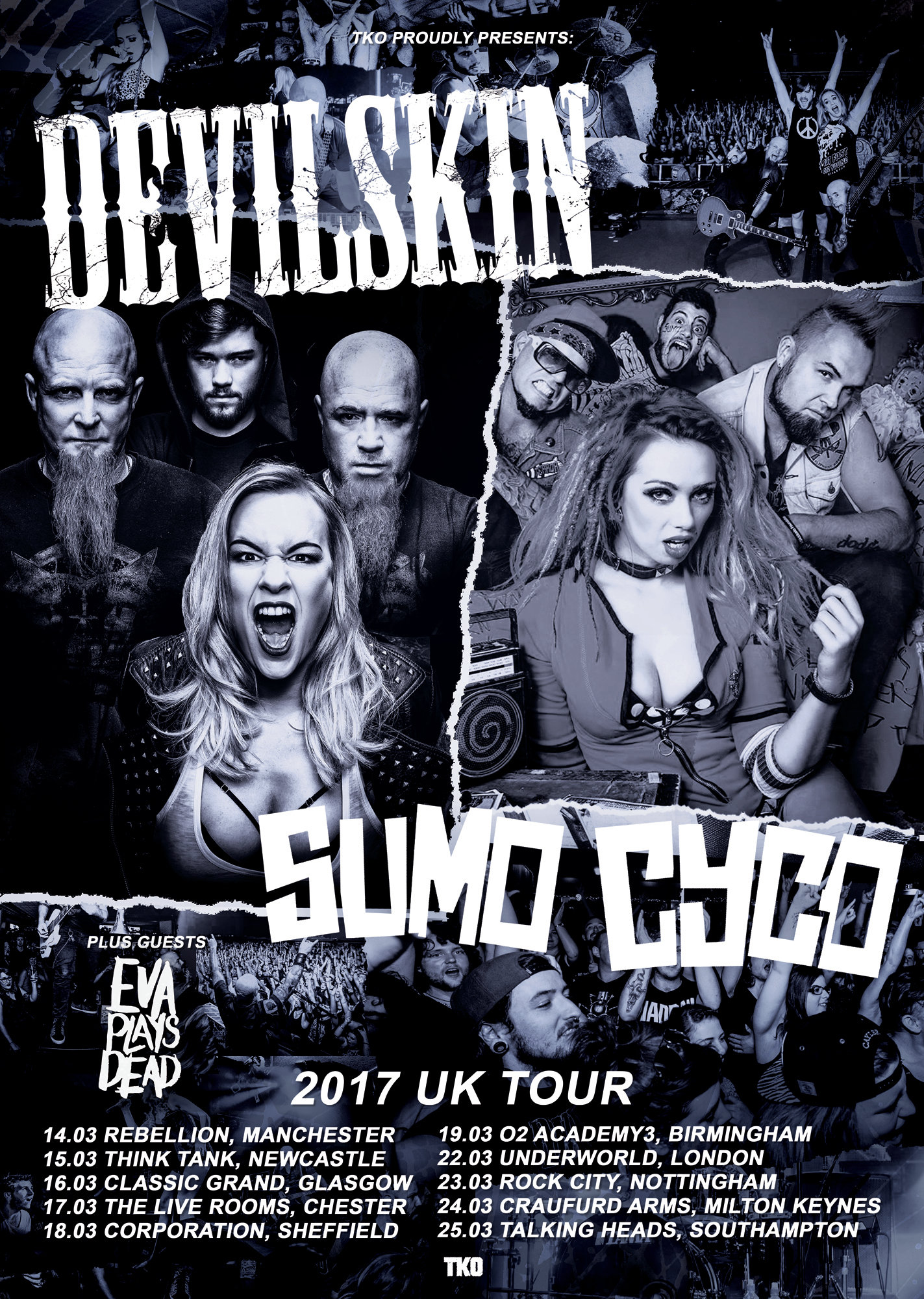