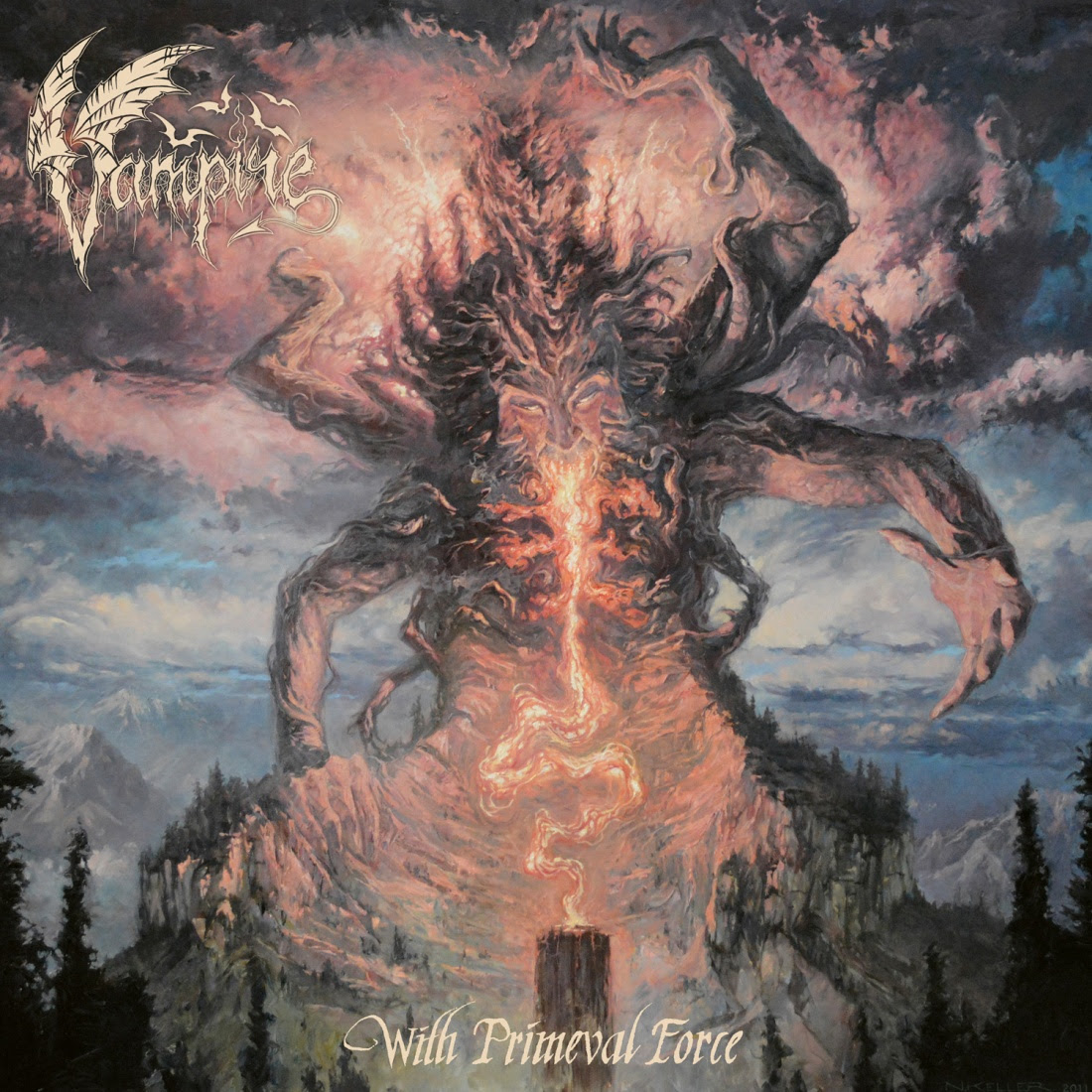 VAMPIRE have unveiled the cover for their upcoming second full length album ‘With Primeval Force’, a monstrous piece of handcrafted art by renowned artist Nick Keller (http://cargocollective.com/nickbkeller). ‘With Primeval Force’ is set to be released on April 21 through Century Media records.
With the release of their self-titled debut album and the follow-up EP ‘Cimmerian Shade’ VAMPIRE already made quite an impression on the extreme metal scene with their unique mixture of harsh Teutonic thrash metal riffs, sombrous melodies and ghoulish vocals from the grave.

The new album offers nine tracks of furious and nightmarish death/thrash metal. Still remaining true to the path they have chosen, VAMPIRE have further embedded a dimension of eeriness, a baleful aura that indwells every track like a black spell.

A rough mix version of the album track “Skull Prayer” has been made available. Check it out here: http://smarturl.it/VampireSKULLPRAYER