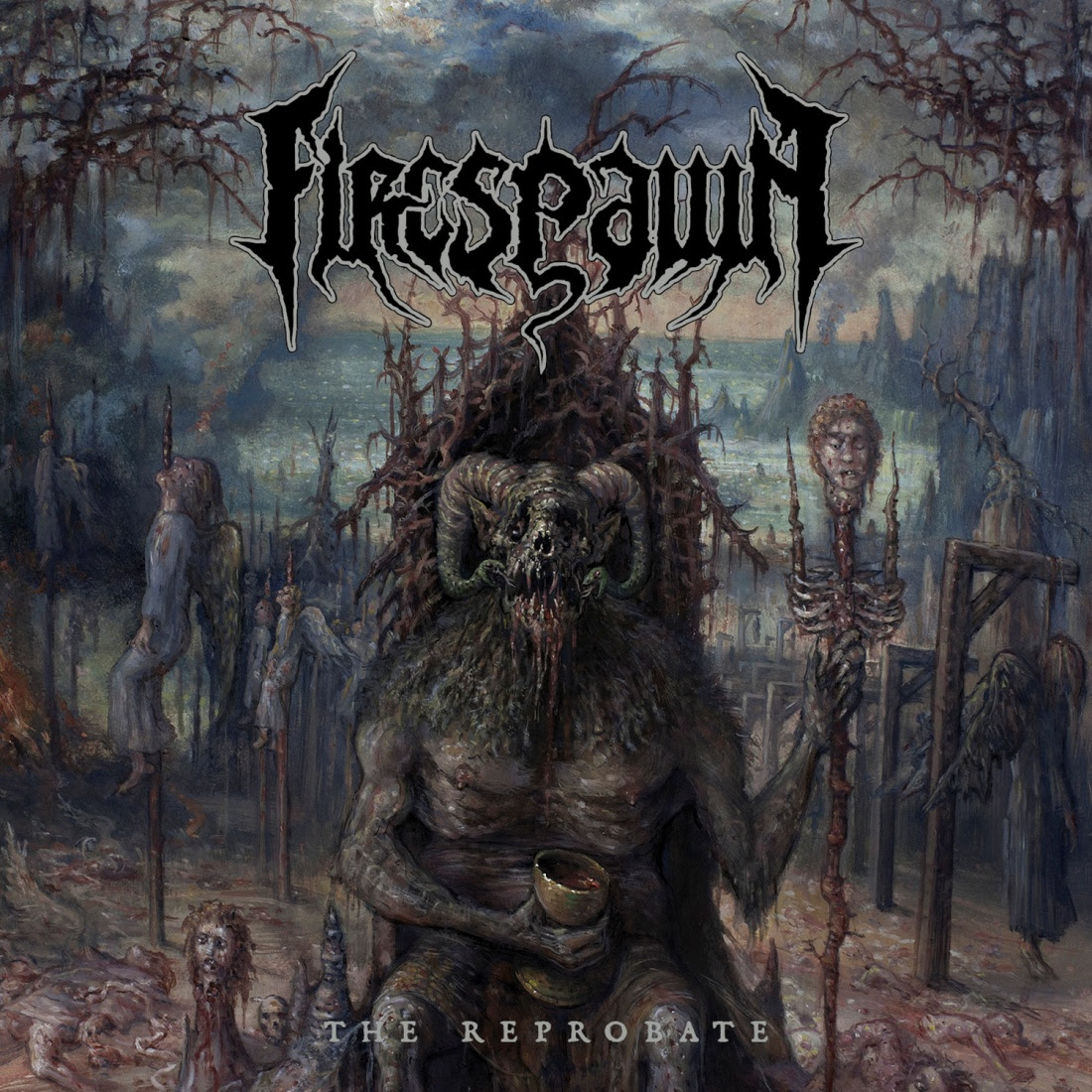 Swedish devil worshippers FIRESPAWN have announced the release of ‘The Reprobate’, the follow-up album of 2015’s much lauded debut album ‘Shadow Realms’.

‘The Reprobate’ will be descent upon mankind on April 28 via Century Media Records. Expect nothing less than a merciless piece of evil, ferocious and blasphemous death metal.
Today the band unveils the cover artwork, as you can see above. It’s an excerpt of a huge painted piece of artwork, done by Mr. Paolo Girardi, who has been responsible for the artwork of FIRESPAWN’s debut album as well as artworks for bands such as Black Breath, Power Trip, Chthe’ilist, Manilla Road and many more.

More details on ‘The Reprobate’ to be revealed in the upcoming weeks. Stay tuned and meanwhile check out the three video clips for FIRESPAWN’s debut album ‘Shadow Realms’: