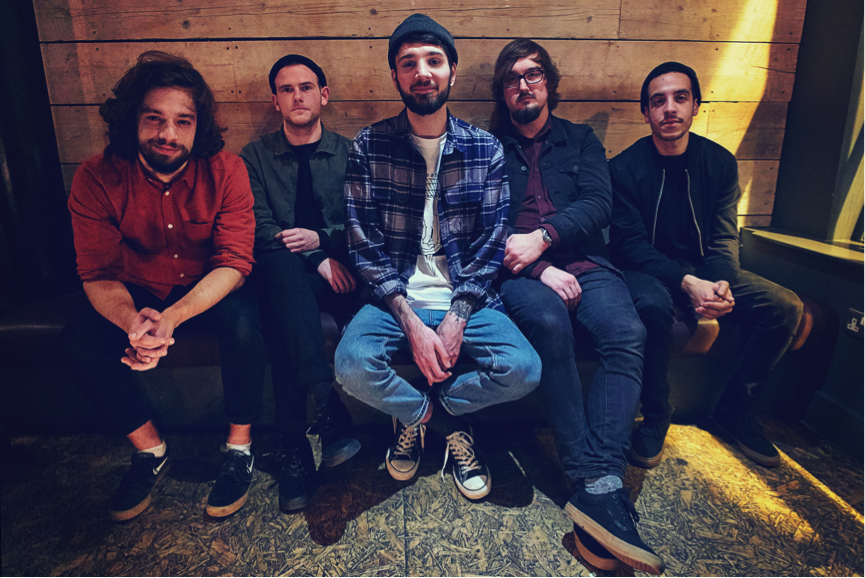 Following a BBC Radio 1 Rock Show premiere last night, British alternative rockers Decade have revealed a stream for new song ‘Turn Off Your TV’. The track is taken from their forthcoming new album Pleasantries, out on 24th February 2017 via Rude Records.

Speaking about the song, the band says: “Turn Off Your TV is basically about the digital age and how the majority of people are all-consumed by TV shows, social media and the internet as a whole. It’s about trying to break that cycle of binging your favourite shows whilst simultaneously scrolling through your Instagram feed on your phone and procrastinating to the max, which we are all definitely guilty of from time to time. The song also features the best middle 8 riff in the world.”

Stream “Turn Off Your TV” on YouTube here: https://youtu.be/dWiWyaGm9UU

Decade hit the road for a UK headline tour in March, where they will be joined by supports Big Spring and Wallflower.

Check out the trailer for the tour announcement here: https://youtu.be/0TUmg4rASOI

Catch all three bands at the following shows:

Tickets and ‘Pleasantries’ pre-order packages (both CD and vinyl) are available to buy at the following link: http://decade.bigcartel.com/live 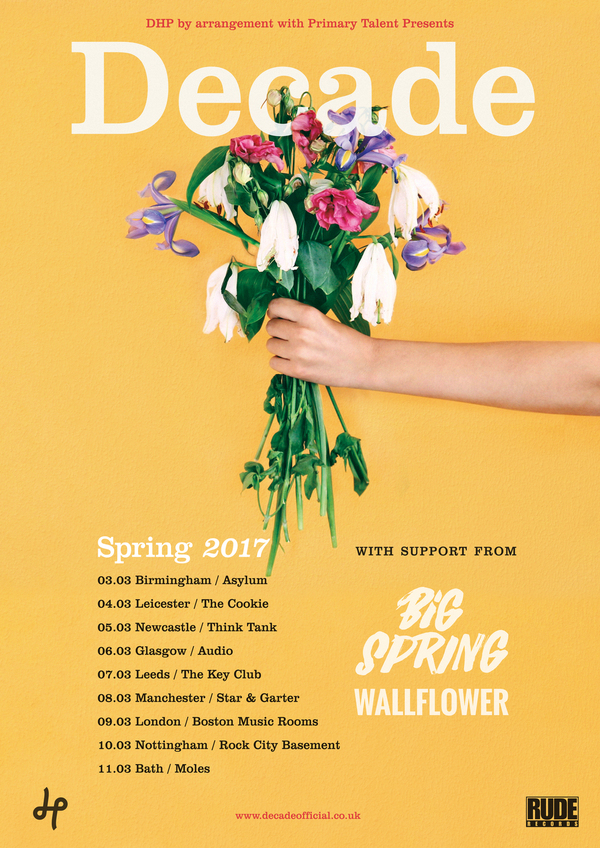 Decade have carefully and consistently been grafting away in the background for the past two years, crafting and sculpting their sound into something that’s now as progressive as it is packed with nostalgia from another time.

Their strength comes from a time where songs were king and music was made from unflinching desire and necessity, rather than expectation. From their early roots in pop punk at their inception, to their forthcoming new studio album Pleasantries, the five piece have found their footing on firmer, more adult ground with a sound that has matured and blossomed into a contemporary take on Brit-pop and grunge. Taking the time to get things right has, in their case, proved fruitful indeed.

Over the course of five years the band have released two EP’s and one full length album, their 2014 debut Good Luck, which saw them sign to Spinefarm Records (Universal) and leading to appearances at Reading & Leeds Festival, Download Festival, Slam Dunk and many more, plus a feature track on the latest Guitar Hero video game. They have toured extensively across the UK and Europe with the likes of Saves The Day, The Used, A Day To Remember.