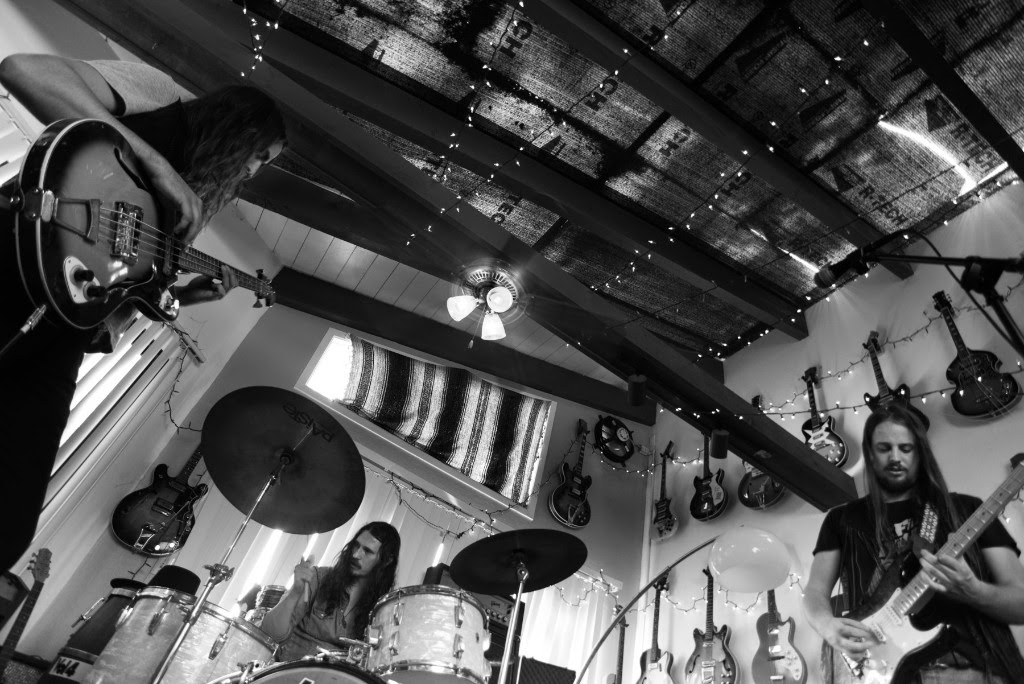 Guitarist and vocalist Parker Griggs comments: “Radio Moscow couldn’t be more stoked to be joining the Century Media family! When we met these guys we spent hours nerding out on obscure classics from our favorite era of Rock ‘n’ Roll (1965-1974)…. so we feel right at home! Excited to keep writing and working on the next Radio Moscow release on Century Media. Looking forward to 2017 with a new label and album! Peace n Love!”

Jens Prueter, Head of A&R at Century Media Europe adds: “A beautiful summer night at a club in the middle of Germany, some beers, a nice chat about weird 60s stuff and an amazing sweaty show: that’s a good start for a long time partnership. I’m very happy to welcome this highly talented band that is taking the roots to the roof!”

Trends come and go, but the idea of a bunch of guys getting together in a garage and playing the kind of music that makes the neighbors call the cops — that’s forever. And it’s that idea that’s crystallized in the form of Radio Moscow who took their name from an obscure 60s garage punk novelty single. The power trio led by the Stratocaster genius Parker Griggs have found THE formula: Crunching, heavy Sabbath-style chords topped with fiery solos that earn the right to be called Hendrixian. Radio Moscow plants their flag firmly in the territory where psychedelic rock and cranked-up blues meet. The sound is unabashedly retro (think Cream, Blue Cheer, Led Zep or Jimi Hendrix Experience), so it’s easy to see how it caught the ear of the Black Keys’ Dan Auerbach, who produced Radio Moscow’s 2007 self-titled debut.

With ‘Brain Cycles’, their second album, Radio Moscow proved that they’re not a cheap time machine but a direct descendant from the golden age of Rock ‘n’ Roll. In 2011, Griggs continued his psychedelic trip with ‘The Great Escape of Leslie Magnafuzz’ followed by ‘Magical Dirt’ in 2014.

Parker Griggs (vocals, guitar), Anthony Meier (bass) and Paul Marrone (drums) hit the road hard in the U.S. and in Europe, touring with the likes of Graveyard, Witchcraft, Joe Bonamassa and Pentagram, followed by an appearance on the legendary German television program Rockpalast.

Coming off of what seems like endless touring proceeding and following the recording of the double-live gatefold ‘Live! In California’, Radio Moscow is ready to hit the studio again.

The band toured the U.S., Europe, South America, and Australia around the release of the live document, landing at such festivals as Desert Daze (US), the Void Fest (Ger), Electric Funeral (US), Burg Herzberg Fest (Ger), and the Orbital Festival in Santiago, Chile, to name a few.
The live album wrapped up the first chapter of the band’s career, playing highlights from their first four studio albums.  As Rolling Stone’s Dave DiMartino cited, “I would be lying if I did not say I have been completely taken with this…The band actively evokes all that was great about hard-rock trios, but does it with such gleeful abandon you’ve got to admire both their spirit and whatever time capsule they rode in on. Great fun.”