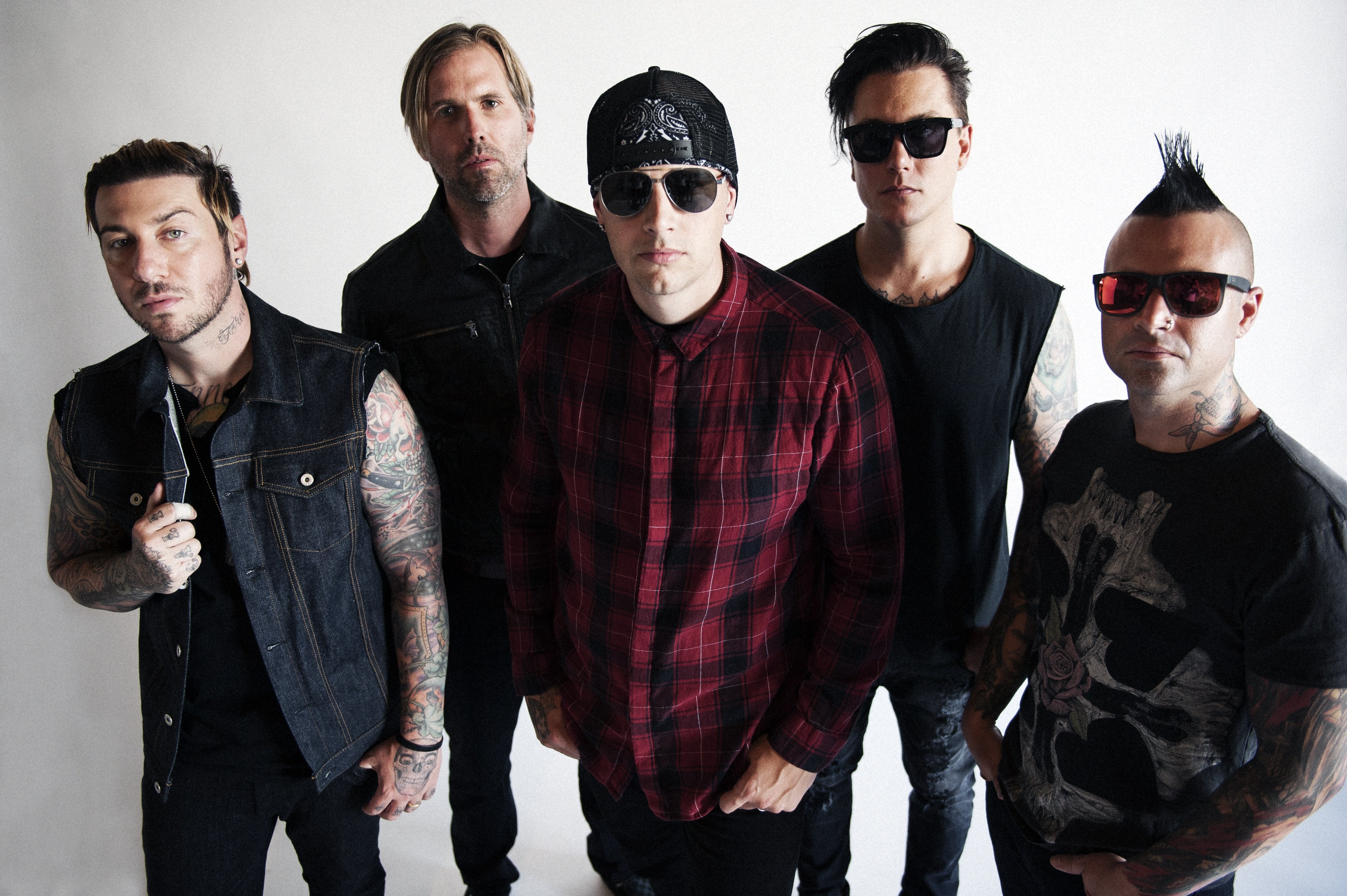 Avenged Sevenfold has announced a treat for their UK fans.  From Friday 20th January until Monday 23rd the band will be setting up a pop-up shop – Vlauder Lauders General Store – in London’s Camden to coincide with their two live dates at the 02 Arena.  The shop will be based at Camden Market, 215-216 Chalk Farm Road, London, NW1 8AB, and open 10a.m – 6p.m.

The store will be hosting in-store raffles and giveaways of exclusive and signed merchandise every hour on the hour, so fans are advised to check in frequently.  Every purchase made at the store also comes with an entry (enter to win) to win surprise gifts.

In addition, world-renowned painter, sculptor and designer from Huntington Beach, Cam Rackam, who collaborated with the band on the album artwork for “Hail To The King” and “Nightmare” will also be in-store creating art pieces in front of a live audience.

Avenged Sevenfold kicked off their 10 date UK tour on 7th January in Dublin, which is already picking up fantastic reviews, prompting the Guardian to comment that “the five-piece methodically discharge booming, arena-filling songs that are as hefty as they are heavy” in their 4* review.

The band’s last visit was in 2013 for a sold out arena tour plus an awe inspiring headline slot at Download Festival in June 2014 which cemented their unshakable reputation for breath-taking live performances.

In October last year Avenged Sevenfold played a groundbreaking live 360 Virtual Reality gig on the roof of Capitol Records in LA after which they surprised fans with the announcement that their new album ‘The Stage’ – their first for Capitol Records – would be available that night.  Previously they had made headlines with the release of the title track, co-produced by the band and Joe Barresi (Queens of the Stone Age, Tool) AND a companion video directed by Chris Hopewell (Radiohead, The Killers). The latter has already amassed well over TWELVE million YouTube views – https://www.youtube.com/watch?v=fBYVlFXsEME

The Stage is a work of immense scope and ambition, featuring 11 panoramic tracks tied together by an Artificial Intelligence theme. Inspired by the writings of Carl Sagan and Elon Musk, the album is the band’s first thematic release. While the term “AI” conjures up images of robots and fantasy films, the band steers clear of a science fiction storyline. Instead, the album sees them taking a futurist’s look at the accelerated rate at which technology’s intelligence is expanding and what that means—good and bad—for the future. 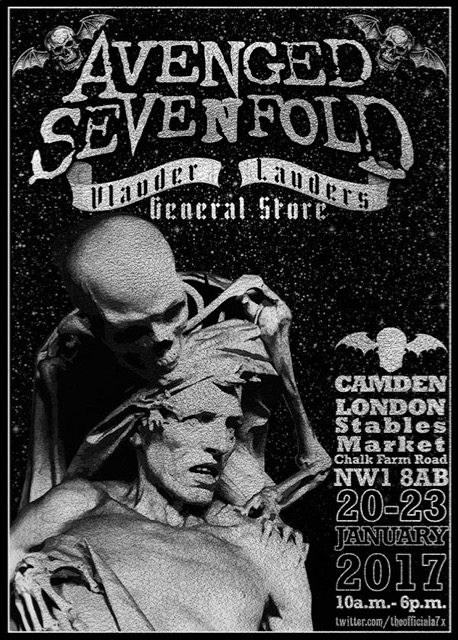 AVENGED SEVENFOLD achieved worldwide success with a string of best-selling albums — including their 2005 platinum breakthrough City Of Evil, 2007’s Avenged Sevenfold, which topped the Billboard Alternative, Hard, and Rock Charts, and two consecutive No 1’s on Billboard’s Top 200 Albums chart, Nightmare (2010)  Hail To The King (2013) – which reached #1 in both UK and USA — achieving Diamond, Platinum and Gold awards for album sales in nearly a dozen countries. They have also scored a series of Top 10 singles at multiple formats, including “Bat Country,” “Almost Easy,” “Scream,” “Nightmare,” “Welcome To The Family,” “So Far Away,” and “Hail To The King,” and their latest “The Stage”. A7X have become known for their spectacular live shows, routinely selling out arenas worldwide and headlining some of the biggest and most prestigious music festivals. In November 2012, they made an unprecedented appearance as characters in Call of Duty Black Ops 2 — the biggest-selling video game of all time, which featured the band’s performance of “Carry On,” written specifically for the game.

Avenged Sevenfold self-released the action-adventure mobile video game Hail To The King:Deathbat to rave reviews; with music, concept, and gameplay created entirely by the band. Avenged Sevenfold appeared in stores and homes globally as the featured pre-launch artist in 2015’s Guitar Hero: Live including an industry first playable live performance.