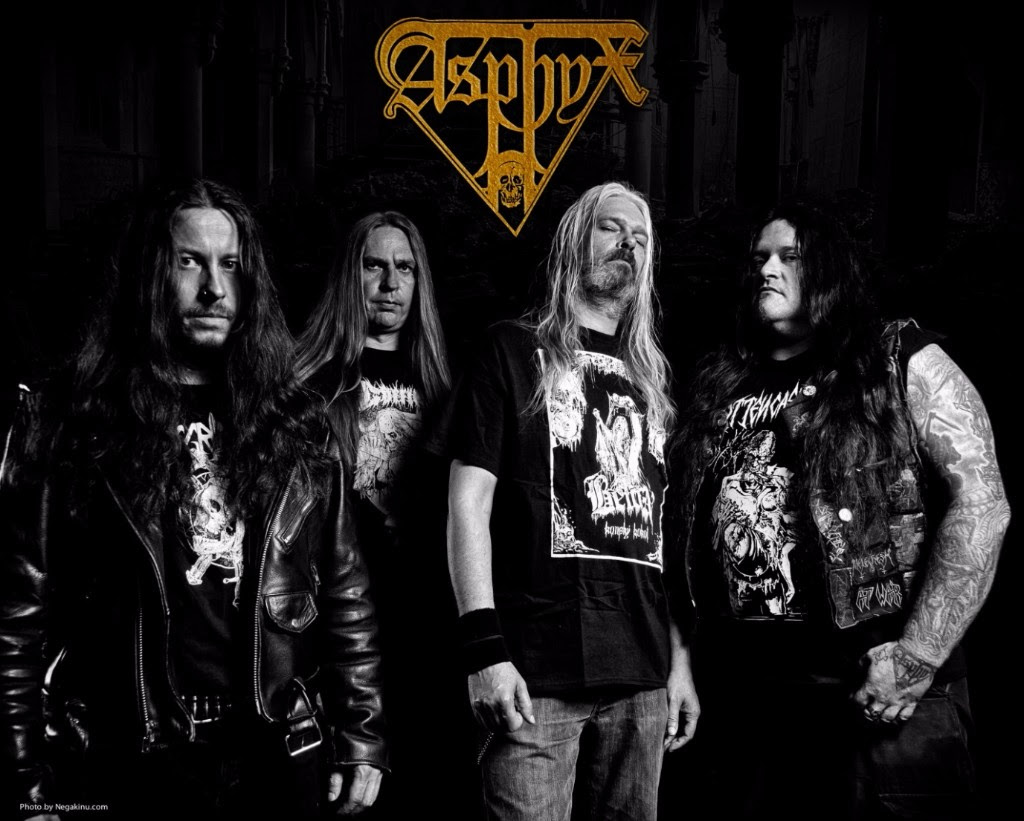 Therefore, ASPHYX are now launching a next promotional video-clip for the album’s merciless opening track “Candiru”. The clip was shot during the band’s recent appearance at Turock Open Air festival in Essen, Germany and was edited by Maurice Swinkels / Younique Film (Exodus, Kataklysm, etc.), who most recently worked with ASPHYX on the “Forerunners Of The Apocalypse” clip.

Check out the video here: https://youtu.be/lKTwSzhy0Rc

ASPHYX vocalist Martin van Drunen checked in with the following comment about “Candiru”: “Candiru is a no-nonsense, non-compromising 3 riff containing fast Asphyx Death Metal track. A gory story about a revolting little fish from the Amazon that can nest itself in human genitals to suck blood after it got there via the urine stream. Only removable through amputation, so be careful there were you relieve yourselves folks! The video was recorded at this year’s Turock Open Air in Essen Germany, which we can almost call our second home. The very first time we ever rammed that tune on stage. We had a ball, as always, so hope you do too while watching this”.

“Incoming Death”, which was once again mixed and mastered by Dan Swanö at Unisound Studio, entered the official sales charts in various European countries upon release as follows: Germany: # 30, Switzerland: # 67 and Belgium (Wallonia): # 78.

Next to the album’s standard version on CD, Gatefold LP (with poster) and Digital Download, “Incoming Death” is also available as limited edition 2-Disc Mediabook (with 3 stickers), including two bonus cover versions (“Servants Of The Warsmen” by Winter and “Master” by Master) as well as a DVD including the ASPHYX liveshows at Czech Republic’s Brutal Assault Open Air 2015, France’s Hellfest 2016 and the videoclip for “Deathhammer”. Get your aural weapon of choice from CM Distro: http://smarturl.it/incomingdeathCMD

Furthermore, ASPHYX have added a next bunch of international dates to the ever-growing live-schedule for next year and also announced a few more festival appearances for the summer. Check a list of all latest dates (updates marked *) here: